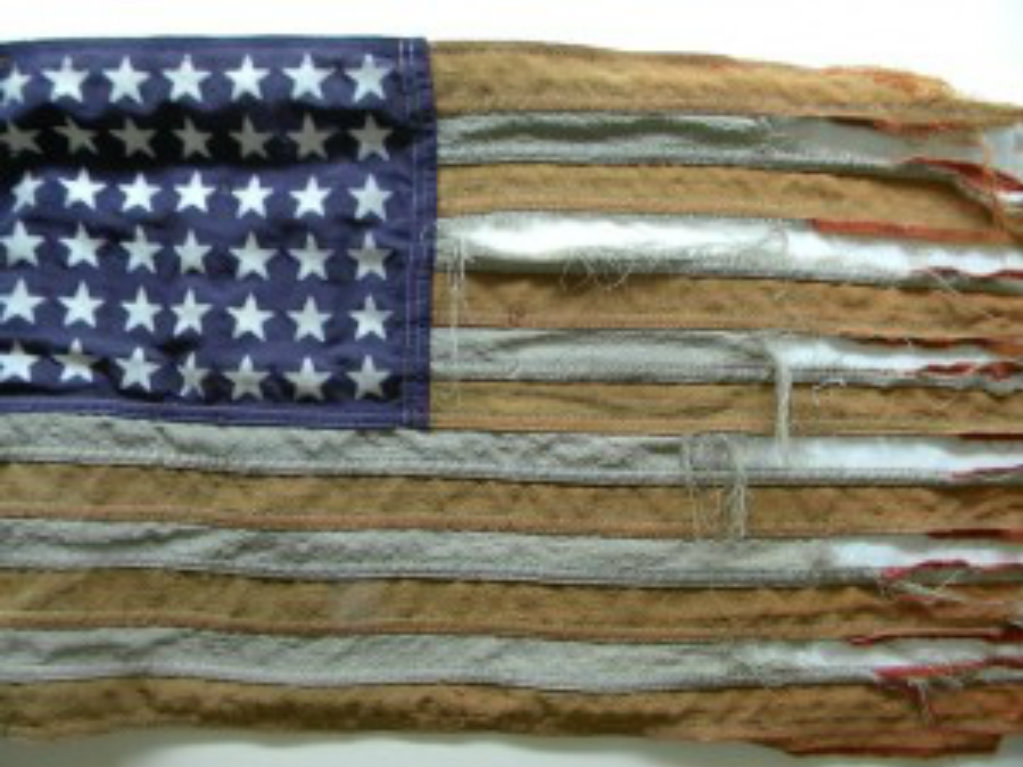 What has happened to America?  Please show these numbers to anyone that does not believe that the United States is in decline.  It is time for all of us to humble ourselves and face the reality of what has happened to our once great nation.  For those of us that love America, it is heartbreaking to watch the foundations of our society rot and decay in thousands of different ways.  The following are 50 facts that show how far America has fallen in this generation, but the truth is that this list could have been far, far longer…

#1 According to a survey that was just conducted, only 36 percent of all Americans can name the three branches of government.

#3 Even if you include same-sex couples in the numbers, the marriage rate in the United States is at a 93 year low.

#4 For the first time ever, single Americans make up more than half the U.S. population.

#5 31.1 percent of American young adults in the 18 to 34-year-old age bracket are currently living with their parents.

#6 One out of every ten teen girls in America engages in “self-harm”.  Cutting and burning are the most common forms that this “self-harm” takes.

#8 A different survey discovered that 64 percent of American men of all ages view pornography at least once per month.

#10 One survey discovered that 25 percent of all employees that have Internet access in the United States visit sex websites while they are at work.

#12 An astounding 30 percent of all Internet traffic now goes to adult websites.

#15 Americans consume a whopping 80 percent of all prescription painkillers.

#17 Approximately 60 million Americans have a problem with alcohol addiction.

#19 Of all the major industrialized nations, America is the most obese.  Mexico is #2.

#21 70 percent of Americans do not “feel engaged or inspired at their jobs”.

#22 40 percent of all workers in the United States actually make less than what a full-time minimum wage worker made back in 1968 after you account for inflation.

#23 Small business ownership in the United States is at the lowest level that has ever been recorded.

#24 It is hard to believe, but 56 percent of all Americans now have “subprime credit”.

#25 The United States has the most lawyers per capita in the entire world.

#26 The United States has the highest incarceration rate and the largest total prison population in the entire world by a wide margin.

#27 While Barack Obama has been in the White House, the U.S. national debt has grown by more than 7 trillion dollars.

#28 During the Obama years, sexual assaults in the U.S. military have soared to an all-time high, and most of the assaults have been male on male.

#29 According to one absolutely shocking study, 22 military veterans kill themselves in the United States every single day.

#31 There are more than 3 million reports of child abuse in the United States every single year.

#32 At this point, approximately one out of every three children in the United States lives in a home without a father.

#33 18 percent of all women in the United States say that they have been raped at some point in their lives.

#34 It is estimated that one out of every four girls will be sexually abused before they become adults.

#35 Approximately one-third of the entire population of the United States (110 million people) currently has a sexually transmitted disease according to the Centers for Disease Control and Prevention.

#36 Every single year, there are 20 million new STD cases in America.

#37 America has the highest STD infection rate in the entire industrialized world.

#38 Americans in the 15 to 24-year-old age group account for about 50 percent of all new STD cases each year.

#39 It costs our nation approximately 16 billion dollars a year to treat our sexually transmitted diseases.

#40 According to one survey, 24 percent of all U.S. teens that have STDs say that they still have unprotected sex.

#41 In the United States today, more than half of all couples “move in together” before they get married.

#42 For couples that have children that are just “living together”, two-thirds of them split up by the time they have a child turn 10 years of age.

#43 For women under the age of 30 in the United States, more than half of all babies are being born out of wedlock.

#44 According to a study conducted by the Centers for Disease Control and Prevention, approximately two-thirds of all Americans in the 15 to 24-year-old age bracket have engaged in oral sex.

#45 Suicide has now actually surpassed car accidents as the number one cause of “injury death” in the United States.

#46 In a massacre that is almost unspeakable, more than 56 million American babies have been slaughtered in this country since Roe v. Wade was decided in 1973.

#47 Approximately 47 percent of the women that get an abortion each year in the United States have also had a previous abortion.

#48 The number of American babies killed by abortion each year is roughly equal to the number of U.S. military deaths that have occurred in all of the wars that the United States has ever fought combined.

#49 About one-third of all American women will have had an abortion by the age of 45.

#50 The United States has the highest abortion rate in the western world.

Michael Snyder is the Editor or the End of the American Dream blog.

‘Our People Don’t Blow Themselves Up’ — Meet European Immigration’s Staunchest...