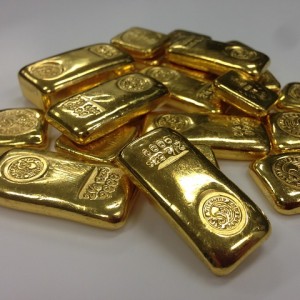 Did you know that the number of gold bars being purchased by ultra-wealthy individuals has increased by 243 percent so far this year?  If stocks are just going to keep soaring, why are they doing this?  On Thursday, the Dow Jones industrial average and the S&P 500 both closed at record highs once again.  It is a party that never seems to end, and there are a lot of really happy people on Wall Street these days.  But those that are discerning realize that we witnessed the exact same kind of bubble behavior during the dotcom boom and during the run up to the last financial crash in 2007.  The irrational exuberance that we are witnessing right now cannot go on forever.  And the bigger that this bubble gets, the more painful that it is going to be when it finally bursts.  Those that get out at the peaks of the market are the ones that usually end up making lots of money.  Those that ride stocks all the way up and all the way down are the ones that usually end up getting totally wiped out.

To get an idea of how irrational the markets have become, all one has to do is to look at Twitter.

Would you value “a horribly mismanaged company” that is less than 10 years old and that has never made a yearly profit at 31 billion dollars?

Well, that is precisely how much the financial markets say that Twitter is worth at this moment.

Even though Twitter will probably never be much more popular than it is right now, it continues to bleed money profusely.  On a GAAP (generally accepted accounting principles) basis, Twitter lost an astounding 145 million dollars during the second quarter of 2014…

Twitter’s GAAP net loss totaled $145 million, up from $42 million a year ago. On a GAAP basis, Twitter lost $0.24 per share. Investors, however, were not expecting Twitter to be profitable by GAAP measurements, so the loss isn’t too much of a drag.

Why would anyone want to invest in such a money pit?

Currently, Twitter (TWTR) is valued at $31 billion.That’s 18X revenue, but the catch is that the revenue in question is it’s lifetime bookings over the 18 quarters since Q1 2010.

When it comes to profits, the numbers are not nearly so promising!  For the LTM period ending in June, TWTR booked $974 million of revenue and $1.7 billion of operating expense. That why “NM” shows up in its LTM ratio of enterprise value to EBITDA. It turns out that its EBITDA was -$704 million. In fact, its R&D expense alone was 83% of revenues.

Of course the truth is that Twitter should be able to make money.

And it probably would be making money if it was being managed better.

“It’s a horribly mismanaged company — probably a lot of pot-smoking going on there.”

But because Twitter is a “hot tech stock” investors are literally throwing money at it.

And there are many other tech companies that have similar stories.  Off the top of my head, Snapchat, LinkedIn, Yelp and Pinterest come to mind.

Fueled by the quantitative easing policies of the Federal Reserve, U.S. stocks have enjoyed an unprecedented joy ride.

However, as David Stockman recently told Yahoo Finance, the subsequent crash is likely to be enormously painful…

“I think what the Fed is doing is so unprecedented, what is happening in the markets is so unnatural,” he said. “This is dangerous, combustible stuff, and I don’t know when the explosion occurs – when the collapse suddenly is upon us – but when it happens, people will be happy that they got out of the way if they did.”

The behavior that we are observing in the stock market simply does not reflect what is happening in the economy overall whatsoever.

In many ways, U.S. economic fundamentals just continue to get even worse.  Small business ownership in the United States is at an all-time low, the labor force participation rate is the lowest that it has been in 36 years, and the U.S. national debt has grown by more than a trillion dollars over the past 12 months.

But on Wall Street right now, there is very little fear that the party is going to end any time soon.

To put it a bit differently, writer and investor John Mauldin is right when he says that there is “a bubble in complacency.” Fear has effectively been banished. The members of the Fed know it. Stock traders who chase the market to new highs almost daily know it. Implied volatilities (and realized volatilities) are historically low (the VIX Index recently hit a seven-year low), and falling. The Bank for International Settlements recently cautioned that financial markets are euphoric and in the grip of an aggressive search for yield. The S&P has gone over 1,000 days without a 10% decline, according to Birinyi Associates. Dutch and French 10-year government bond yields are at 500 and 250 year lows, respectively; Spain, 225 years. Spanish debt yields were recently inside of U.S. levels.

But as Klarman also observed, just because “investors have been seduced into feeling good” does not mean that this current bubble is any different from what we witnessed back in 2007…

It’s not hard to reach the conclusion that so many investors feel good not because things are good but because investors have been seduced into feeling good—otherwise known as “the wealth effect.” We really are far along in re-creating the markets of 2007, which felt great but were deeply unstable when shocks started to pile up. Even Janet Yellen sees “pockets of increasing risk-taking” in the markets, yet she has made clear that she won’t raise rates to fight incipient bubbles. For all of our sakes, we really wish she would.

Meanwhile, the ultra-wealthy are making moves to protect themselves from the inevitable chaos that is coming.

For example, the Telegraph recently reported that sales of gold bars to wealthy customers are up 243 percent so far in 2014…

The super-rich are looking to protect their wealth through buying record numbers of “Italian job” style gold bars, according to bullion experts.

The number of 12.5kg gold bars being bought by wealthy customers has increased 243 percent so far this year, when compared to the same period last year, said Rob Halliday-Stein founder of BullionByPost.

“These gold bars are usually stored in the vaults of central banks and are the same ones you see in the film ‘The Italian Job’,” added David Cousins, bullion executive from London based ATS Bullion.

Do they know something that we don’t?

They are usually a step or two ahead of most of the rest of us.

And any rational person should be able to see that this financial bubble is going to end very, very badly.