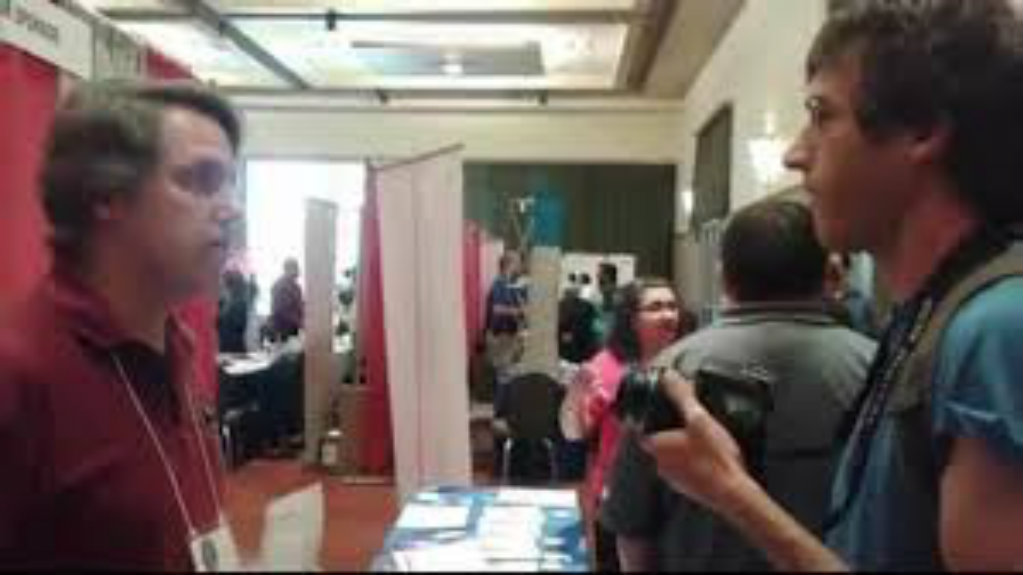 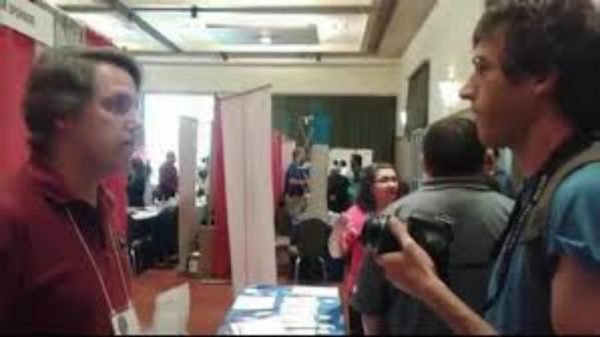 The University of New Mexico hosted a Engineering & Science Career Fair on Sept. 17, 2014 for students to meet with potential employers.  The National Security Agency was among those in attendence, with a booth and a less than cheerful representative.  The NSA’s recruiter’s name was Neal Z. who did an absolutely horrible job in speaking with two curious students about the NSA and their policies.  From a different perspective Neal Z. did a phenomenal job in exposing the authoritarianism and hostility that those in power have against individuals who dare to ask questions.

The entire interaction was hostile from the very beginning with Neal Z. speaking to the students, Andy Beale and Sean Potter, in a mocking tone.  First the NSA rep claimed:

NSA is not permitted to track or collect data about US persons.

Any person who has been following the NSA scandal knows this is a complete boldfaced lie.  There is a billion dollar facility in Utah which is used to process all of the data that the NSA collects.  Members of the Utah’s statehouse have publicly discussed how to shut down this facility.

After Neal Z’s falsehood was debunked he said that the NSA had the ‘legal authority’ to collect data.  This is a curious point to make as something being legal does not make it morally correct.  Slavery, as an outrageous example, was once legal and codified into law.

The conversation degenerated from there, until Neal Z. threatened to call security.  Neal Z. then took the bold move of physically placing his hands on one of the students recording him.  Had the students placed their hands on the NSA rep they would have surely been arrested and charged with assault.  However, instead of Neal Z. being arrested the students were removed by campus security.  To Neal Z’s credit he immediately released the student after realizing that he was committing a felony.

One has to wonder why the NSA would send such an obviously charisma lacking lackey to attempt to recruit students.  Did they believe that students at a collegiate level were unaware of their data collection programs, or that students wouldn’t take the opportunity to question their representative?  Why didn’t the representative take this opportunity to attempt to recruit these two obviously interested students?  Could it be that the NSA is only interested in recruiting individuals who don’t ask too many questions?

Watch the entire encounter below: