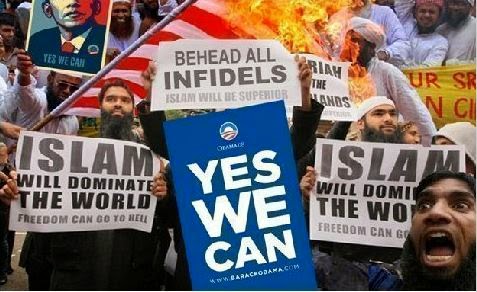 A report from Joe Biggs in early September indicated that a terror threat had been identified on the Southern U.S. border just outside of El Paso, TX. According to Biggs, the Vice President of the Border Patrol Council was reportedly silenced by Federal administrators and told to keep quiet about the possibility of Islamic State militants organizing for an attack within the domestic United States.

For their part, the Obama Administration completely denied the reports. On Tuesday DHS issued the following statement:

But less than 48 hours later the Gateway Pundit reports that the U.S. government did, in fact, apprehend four suspected terrorists with ties to the IS organization on the border.

Congressman Jason Chaffetz broke this shocking news Wednesday that four known terrorists were apprehended at the US border in Texas on September 10 – the day before the 13th anniversary of the 9-11 attacks.

Chaffetz questioned Homeland Security Secretary Jeh Johnson on whether he is “aware of any apprehensions of suspected or known terrorists.”

Tonight, Rep. Chaffetz told Megyn Kelly there were four terrorists arrested crossing the US border in Texas on September 10.

“There were actually four individuals trying to cross through the Texas border, who were apprehended at two different stations, that do have ties to known terrorist organizations in the Middle East.”

According to a report from Fox News on Wednesday evening, additional credible threats have been identified and they are looking to strike Americans inside of the U.S.  The report says that IS related terror cells have been given instructions to identify and slaughter American military personnel by locating them via social media networks:

A law enforcement bulletin obtained by FoxNews.com warned that Islamic State fighters have increased calls for “lone wolves” to attack U.S. soldiers in America in recent months, citing one tweet that called for jihadists to find service members’ addresses online and then “show up and slaughter them.”

In one example cited in the bulletin, a British jihadist encouraged radicals still living in the West to use Facebook and LinkedIn to find and target soldiers.

“You could literally search for soldiers, find their town, photos of them, look for address in Yellowbook or something,” the tweet read. “Then show up and slaughter them.”

Apparently, terrorist threats from lone wolves only matter if they are born and raised in the United States.

The United States is still facing a major threat. You might be surprised to learn who agents are catching trying to cross the border from Mexico.

The above report was from May of 2010, so “credible threats” of terrorists attempting to use the southern border as an entry point into the U.S. is nothing new.

We now have confirmation from a U.S. Congressman who says that four people with suspected ties to terrorism have been apprehended in the United States on our southern border.

How is it, then, that DHS and the Obama Administration refuse to admit that a credible threat to America’s security exists?

All of this begs the question: What the hell is really going on here?

Is this a politically motivated denial in an attempt to downplay the gaping security hole the Obama administration has left in the Southern United States as a result of their immigration policies?

Or, as some have suggested, are certain officials within the United States facilitating the entry of these individuals who mean to do us harm in an effort to further the police state agenda that took hold after the attacks of September 11th?