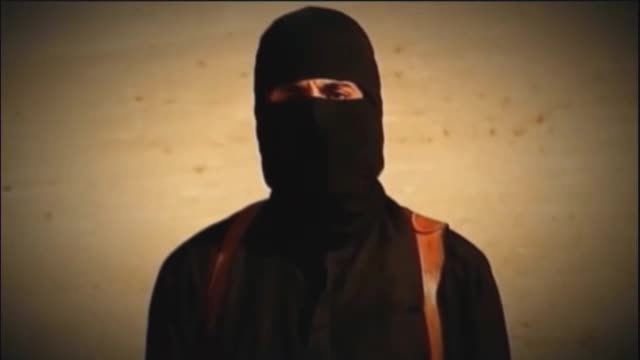 For those who have often wondered what our highly controversial fusion centers are supposed to do, this might be a prime example. The Fusion Intelligence Center of Charleston, WV has been tracking ISIS recruiting and training in the area. Though their specific roles and sources of funding are often misunderstood, there are fusion centers in all 50 states that have access to sensitive and classified information long in advance of public release.

Fusion centers fall under the DHS umbrella but there has been lots of controversy in regard to who these centers answer to, and in the past they have been at the center of scandals for targeting law abiding citizens, like Ron Paul supporters, rather than tracking real potential threats.

Even before it’s made public, the Fusion Center has access to classified information from all over the world.

And if you think Steven Sotloff is the last American to die, brace yourself. Those two brutal killings, James Foley first and then Sotloff, are just the beginning, Kirk said.

When asked if there was anything he could say about the second video, compared to the first one, Kirk smiled and replied, “No,” since all of the information is still classified.

Kirk could not reveal much, but said investigators are comparing the voices on the two ISIS execution videos, the scenery, the hand holding the knife and the eyes of the man wearing the black head covering.

“You’re looking for things to authenticate what is the difference between this one and the last one,” Kirk said. “The texture of the sand, the type of rocks, the way the wind blows, the garb that’s being worn.”

Here at home, the Fusion Center had disturbing details on ISIS movements.

“There are areas in the United States that are not too far from here, that have very large populations that are being recruited for ISIS right now,” Kirk said. “There are people associated with Al Quaida, there are people on the Terrorist Watch List who do travel through West Virginia, whether it’s through the airports or through the roads.”

And as for those gruesome murders? Kirk said he believes it’s going to continue to happen for a while.

“Because of the shock, to us, it’s about the most shocking thing you could ever see,” he said.

Today WND.com released a video called “Homegrown Jihad” which documents the existence of 35 known terrorist training camps in the United States. Here is a trailer.

In February we did a feature story on the movements of Jamaat al Fuqra and specifically their now declassified presence in Texas. There are a minimum of 22 documented terror training camps in the United States and that number goes higher by some estimates.