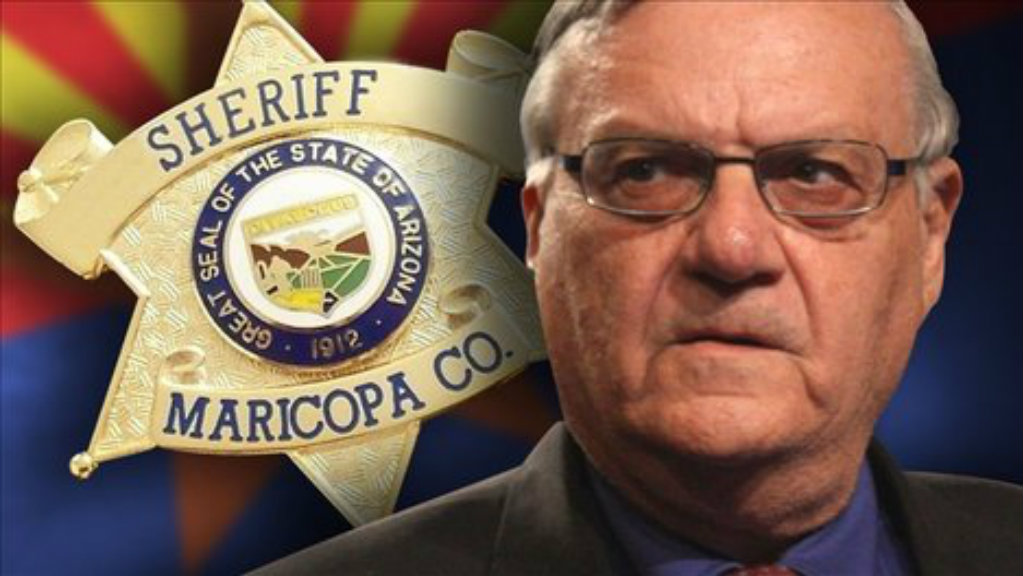 Known as America’s Sheriff, Joe Arpaio took a shot at Barack Obama at the end of August over his criminal negligence when it comes to the immigration invasion taking place on America’s southern border. In an email, the Arizona sheriff declared, “Our country is under attack. And Barack Obama is the aggressor.”

Our country is under attack.

And Barack Obama is the aggressor. That’s right. Our own President has overseen the release of thousands of illegal immigrants…hundreds of whom are convicted criminals – even felons, which are flooding into America.

Every day you read the newspaper or turn on the news, there is something tragic happening, something Obama says is beyond our control.

But I must tell you: the state of the U.S. – Mexican border IS NOT BEYOND OUR CONTROL. In fact, it’s one of the key places where the safety of our nation starts. AND I am working around the clock to take criminals off the streets. Will you support my reelection campaign with a $15 or more donation right now?

Every action Obama has taken since the border crisis began has led to an increase in the flood of men, women, children, AND CRIMINALS! The icing on the cake…Obama’s solution is holding events at the White House “honoring young adults who came to this country illegally.”

HE IS REWARDING CRIMINALS! We are arresting them just to have the Obama administration release them the next day!

Over the past seven months, I have compiled the statistics of over 3,000 inmates in my jail for various crimes that are here illegally. Over 36% of these illegals come back many times after they are turned over to the federal government for deportation.

But if they’re coming back at such an alarming rate, either our border is so porous or the federal government is releasing them out the back door. Either way is unacceptable! I have written every month to the Secretary of the Department of Homeland Security about this and just last week I sent a letter to the Inspector General’s office asking for an investigation. You know what I got back? Nothing. Nada. Zilch.

Even the mainstream media is completely ignoring this problem.

If we lose control over our own borders and the rule of law no longer matters in the courts, then I fear our great American experiment will draw to a close. In Arizona alone, more than 1,000 illegal immigrants are being dropped off at bus stations in Phoenix and Tucson alone. We now have U.S. Border Patrol agents moving illegal immigrants from one city to another in our United States.

It’s a bad situation, but I refuse to sit back and watch it get worse. That is why I urgently need your most generous support. We must stand together in unison against Obama’s pro-amnesty regime.

**Obama golfs on vacation while the borders flood** just like **Nero fiddled while Rome burned.**

This isn’t the first time that Arpaio has said some straightforward things about Obama. In 2012, Sheriff Arpaio said that Obama’s birth certificate was a “national security issue.”

Arpaio has been one who has sought to enforce the law with regards to illegal aliens for years. When Arizona’s SB1070 came up, Arpaio supported it, but declared, “”I will continue to arrest illegal aliens that violate the state laws of this state. So nothing will change.” SB1070 was only partially upheld by the Supreme Court, but that hasn’t stopped Arpaio from doing his job.

Obama has done all of what Arpaio has said. He has flagrantly disregarded his oath, ignored the law and in the process mocked the law and has committed treason against the American people. But it isn’t just Obama’s fault. A Republican-led House and a Democrat-led Senate have stood by and let him do it without one article of impeachment being filed. They are just as complicit in the matter as Barack Obama is. What is it going to take to rattle the cages of the Washington establishment?