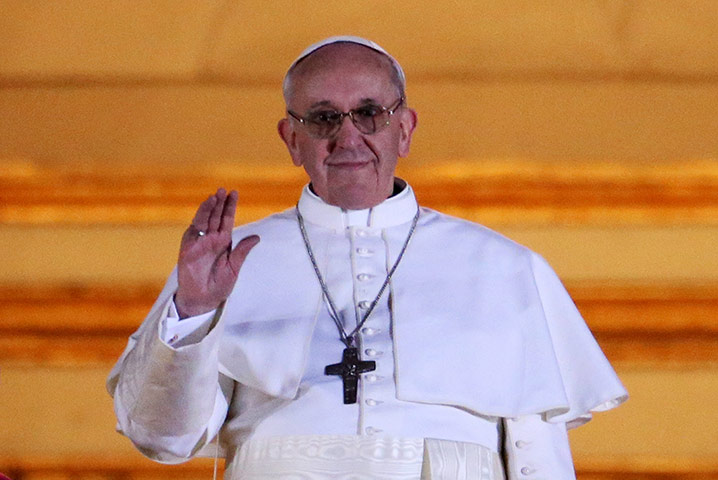 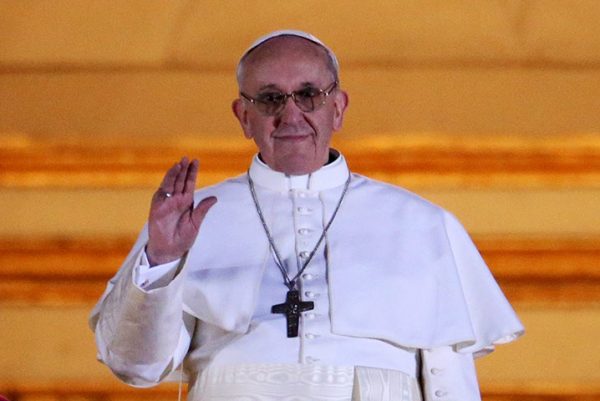 It seems that the Pope is calling the literal word of the Qur’an perverse.

Tirana, Albania:  Pope Francis, in his strongest criticism of Islamist militants to date, said on Sunday no religious group which used violence and oppression could claim to be “the armour of God”.

The Pope is speaking through his prism. The Pope’s statements are void of knowledge of Islamic texts and teachings.

“May no one use religion as a pretext for actions against human dignity and against the fundamental rights of every man and woman, above all to the right to life and the right of everyone to religious freedom,” he said.

“Pope calls for condemnation of those who ‘pervert’ religion to justify violence,” Thanks to Robert Spencer, September 21, 2014

“Pope in Albania Urges Muslims to Condemn Extremism,” by Llazar Semini and Nicole Winfield, Associated Press, September 21, 2014 (thanks to all who sent this in):

Pope Francis called Sunday for Muslims and all religious leaders to condemn Islamic extremists who “pervert” religion to justify violence, as he visited Albania and held up the Balkan nation as a model for interfaith harmony for the rest of the world.

“To kill in the name of God is a grave sacrilege. To discriminate in the name of God is inhuman,” Francis told representatives of Albania’s Muslim, Orthodox and Catholic communities during a half-day visit to Tirana in which he recalled the brutal persecution people of all faiths suffered under communism.

Francis wept when he heard the testimony of one priest, the Rev. Ernest Troshani, 84, who for 28 years was imprisoned, tortured and sentenced to forced labor for refusing to speak out against the Catholic Church as his captors wanted.

“Today I touched the martyrs,” Francis said after embracing the man.

Security was unusually tight for the pope’s first trip to a majority Muslim country since the Islamic State group began its crackdown on Christians in Iraq and announced its aim to extend its self-styled caliphate to Rome. The trip was preceded by reports that militants who trained in Iraq and Syria had returned and might pose a threat.