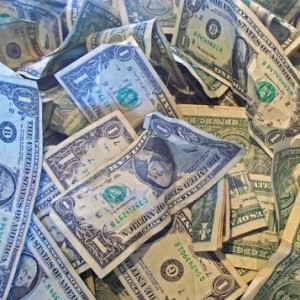 The next time you visit a hospital, it is your wallet that may end up hurting the most.  All over the United States, it has become common practice for hospitals to wildly inflate medical bills.  For example, it has been reported that some hospitals are charging up to 30 dollars for a single aspirin pill.  And as you will see below, some victims report being billed tens of thousands of dollars for a non-surgical hospital visit that lasts only a few hours.  When something is seriously wrong with us, most of us never stop to ask our health professionals how much it will cost to actually treat us.  In that moment, we are desperate and we just want someone to help us.  Many doctors and hospitals take full advantage of this by billing their “customers” as much as they feel they can possible get away with.  It is a legal scam that is bilking ordinary Americans out of billions of dollars every single year.

Over the weekend, the New York Times reported on one case that is a perfect example of the outrageous medical billing that I am talking about…

Before his three-hour neck surgery for herniated disks in December, Peter Drier, 37, signed a pile of consent forms. A bank technology manager who had researched his insurance coverage, Mr. Drier was prepared when the bills started arriving: $56,000 from Lenox Hill Hospital in Manhattan, $4,300 from the anesthesiologist and even $133,000 from his orthopedist, who he knew would accept a fraction of that fee.

He was blindsided, though, by a bill of about$117,000 from an “assistant surgeon,” a Queens-based neurosurgeon whom Mr. Drier did not recall meeting.

“I thought I understood the risks,” Mr. Drier, who lives in New York City, said later. “But this was just so wrong — I had no choice and no negotiating power.”

The practice known as “drive-by doctoring” has gotten completely and totally out of control.

All over America, doctors are popping into surgeries or are stopping by to talk to another doctor’s patients for a few minutes and are charging thousands of dollars for this “assistance”.

It is a morally reprehensible scam that needs to be stopped.

Another thing that needs to be stopped is the practice that many hospitals have of billing patients for emergency medications at a rate that is thousands of times over cost.

For example, just check out what happened when 52-year-old Marcie Edmonds went in to a hospital in Arizona to get treated for a scorpion sting…

With the help of a friend, she called Poison Control and was advised to go to the nearest hospital that had scorpion antivenom, Chandler Regional Medical Center. At the hospital, an emergency room doctor told her about the antivenom, called Anascorp, that could quickly relieve her symptoms. Edmonds said the physician never talked with her about the cost of the drug or treatment alternatives.

Her symptoms subsided after she received two doses of the drug Anascorp through an IV, and she was discharged from the hospital in about three hours.

Weeks later, she received a bill for $83,046 from Chandler Regional Medical Center. The hospital, owned by Dignity Health, charged her $39,652 per dose of Anascorp.

Did that hospital actually need to charge that much?

Hospitals down in Mexico only charge $100 per dose of Anascorp.

And anyone that has ever been in for major surgery knows how outrageous some of these hospital bills can be.

For instance, consider the experience of an NBC News reporter that chose to have neck surgery for degenerative disc disease….

Once I got my itemized bill, the grand total was a little over $66,013.40!   That was for a one night stay and a four level vertebrae fusion surgery.  The charges included $22 for one sleeping pill, $427 for one dissecting tool, and $32,000 for four titanium plates and ten screws.

I brought it to Todd Hill, a fee based patient advocate who helps people decipher their medical bills. “The screws in your procedure were billed at $605 a piece for a total of $6050 dollars. We’ve seen those in our past research for $25 or $30,” he said. “In this case, the markup is tremendous,” he added.

One of the primary reasons why so many Americans die completely broke is because medical bills can run up to astronomical heights if you happen to have a terminal illness.

For example, a while back Time Magazine reported on one cancer patient in California that had run up nearly a million dollars in hospital bills before he died…

By the time Steven D. died at his home in Northern California the following November, he had lived for an additional 11 months. And Alice had collected bills totaling $902,452. The family’s first bill — for$348,000 — which arrived when Steven got home from the Seton Medical Center in Daly City, Calif., was full of all the usual chargemaster profit grabs: $18each for 88 diabetes-test strips that Amazon sells in boxes of 50 for $27.85; $24 each for 19 niacin pills that are sold in drugstores for about a nickel apiece. There were also four boxes of sterile gauze pads for$77 each. None of that was considered part of what was provided in return for Seton’s facility charge for the intensive-care unit for two days at $13,225 a day, 12 days in the critical unit at $7,315 a day and one day in a standard room (all of which totaled$120,116 over 15 days). There was also $20,886for CT scans and $24,251 for lab work.

The sad truth is that the U.S. health care system has become a giant money making scam, and all of us are the victims.

Those that work in this industry should be greatly ashamed for what they are doing to us.

-It has been estimated that hospitals in the United States overcharge their patients by about 10 billion dollars every single year.

-Medical bills are the number one reason why Americans file for bankruptcy.  One study found that approximately 41 percent of all working age Americans either have medical bill problems or are currently paying off medical debt.

-According to a report published in The American Journal of Medicine, medical bills cause more than 60 percent of the personal bankruptcies in the United States.

-Health insurance is not nearly as much protection as you might think.  According to a report published in the American Journal of Medicine, of all bankruptcies caused by medical debt approximately 75 percent of the time the people actually did have health insurance.

-If the U.S. health care system was a nation, it would be the 6th largest economy on the entire planet.

Does anyone out there have any doubt that the system is completely broken?

Please share this article with as many people as you can.  Hospitals all over America are brazenly ripping us off, and we need to stand up and say that enough is enough.