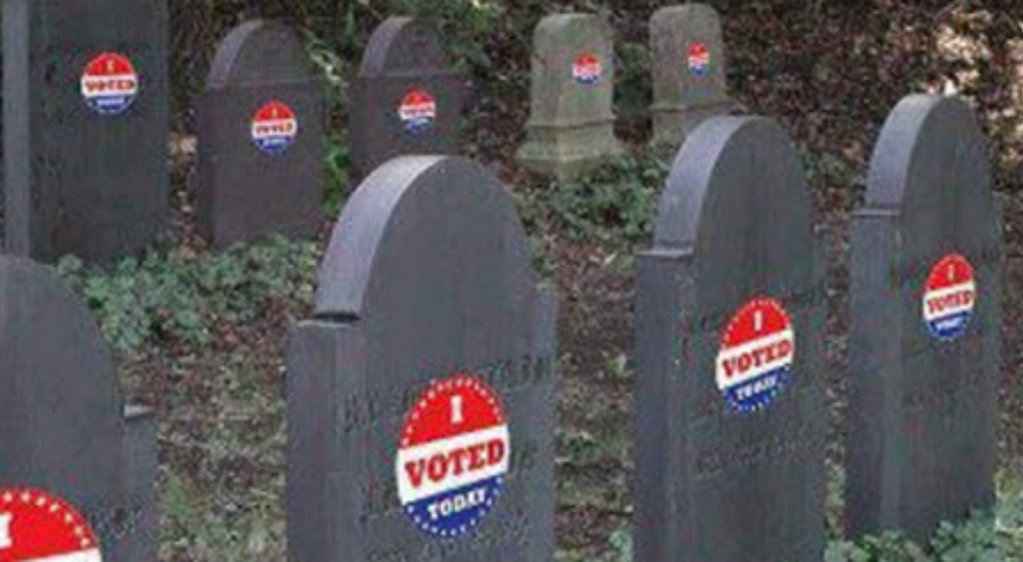 The Democrats work within one single mantra – “Win at all costs at everything.” In the midterm elections, there are key races that, if won by Republicans, would tip the Senate majority away from Democrats and release the stranglehold of government by one Harry Reid. But is it enough that Democrats just win? The way things are looking in the Kansas and Alaska races, the strategy may be to win but not win outright. It may be more important for Republicans to lose.

Democrats, in a bid for Senate in Kansas and Alaska, have dropped their names from the ballot, increasing the odds of third-party candidates while making it more difficult for Republicans.

The Kansas Supreme Court ruled that Chad Taylor, Senate nominee, may remove his name from the ballot, which means independent Greg Orman will face off against Republican Sen. Pat Roberts. Meanwhile in Alaska, Democratic gubernatorial nominee Byron Mallott decided “to abandon his candidacy and run as lieutenant governor on a ticket with independent candidate Bill Walker.”

What exactly does this mean for the Senate race?

Mr. Walker and Mr. Mallott announced earlier this month they would combine forces after polling showed both of them trailing Republican Gov. Sean Parnell by double digits. That “unity ticket” may not be enough to defeat the incumbent, but Anchorage political analyst Marc Hellenthal says there’s another goal: Boosting the candidacy of Democratic Sen. Mark Begich.

Mr. Begich is locked in a tight contest with Republican former attorney general Dan Sullivan, and the spector of a Parnell landslide was threatening to depress Democratic turnout.

“He [Begich] wanted a contested gubernatorial race because that helps him, in terms of bringing our marginal Democrats,” said Mr. Hellenthal, who has worked for both Democratic and Republican candidates. “They’re more motivated to vote, in other words.”

Mr. Orman may be running as an independent, but he has sought office in the past as a Democrat. If he wins and agrees to caucus with the Democrats, they may be able to swing a 50-50 Senate split that allows them to keep control, given that Vice President Joe Biden holds the tie-breaker vote.

Kansas Republicans blasted the state Supreme Court’s Thursday ruling, arguing that Mr. Taylor’s decision to drop off the ballot disenfranchises Democratic primary voters. Secretary of State Kris Kobach ordered Democrats to choose another nominee by Sept. 26, but then agreed Friday to mail out some ballots without Mr. Taylor’s name.


Republicans have accused the national Democrats of orchestrating the entire process and pointed out that Taylor’s legal team included Marc Elias, “who has represented high-profile Democrats including President Obama and Mr. Reid.”

Kansas Republican Party Chair Kelly Arnold cried foul. In a statement issued Thursday, Arnold said, “It is depressing to see the state Supreme Court condone political gamesmanship and a national power play to deceive and disenfranchise Kansas voters. The people of Kansas deserve to know the corrupt bargain behind this deal. Discussions with Missouri Democrat Claire McCaskill, followed by Harry Reid and Barack Obama’s personal political attorney representing Taylor, are enough to prove the corrupt Democratic bosses controlled this decision and the local Democrats lacked the courage to fight back.”

Alaskan Democrats have also been accused of “gaming the electoral process.” Hellenthal expressed being stunned that Democrats were able to accomplish the feat in Alaska.

Hellenthal stated, “You heard the rumors, but pulling it off I considered impossible. The fact they did pull it off meant that the powers in the Democratic party were all aligned on this one. They needed the governor’s race to be close. Right now, I think they’ve accomplished that goal. It should be close.”

In Alaska, the goal is to turn out the Democratic voters for Begich by having Democrat Byron Mallott abandon his bid for governor and join forces with independent Bill Walker in the face of a growing Republican landslide in the race for governor. In essence, the Democrats are “using” independent candidates, with their consent of course, in order to manipulate the voters and the election process to maintain the Democratic hold on the Senate.

While this tactic may be legal according to state election laws, it is absolutely immoral and unethical. It goes to show the lack of moral conscience that has infected the whole of the Democratic party in order to perpetrate some agenda onto the American public. Unsure of their ability to win and keep seats in the Senate based on their platform, the Democrats ramp up their corruption in an attempt to “throw” elections by manipulating the public. And, it just might work.

In Georgia, Michelle Nunn, daughter of Sam Nunn, has faced off against Republican David Perdue for the open Senate seat left vacant by a retiring Saxby Chambliss. Nunn, trailing Perdue by a small margin, has ridden on the coattails of her father in procuring Democrat votes since she is virtually an unknown on the political scene. This race is not without controversy as reports of allegations of voter registration fraud have surfaced. If the past is any indication, allegations of voter fraud will be swept under the rug, ignored and dismissed as a “witch hunt.” Who could dispute that good voters, such as Jefferson Davis, Robert E. Lee, Stonewall Jackson, and Mickey Mouse, would engage in this unsavory activity? And isn’t labeling something a “witch hunt” racist?

Regardless of which state a Senate midterm election is set in November, one can certainly bet some form of unethical Democratic behavior has occurred or is ongoing, complete with complicity by the state government. Gone are the days of moral, ethical behavior among those seeking elected office. The days of agenda, propaganda, back room deals, and shady hand-offs have arrived and seem to be growing more prevalent by the day. Whether the agenda is a one world government, a new world order, or Communist/Marxist/Socialist/Leninist/Stalinist/Maoist dictatorial rule by one man is unknown. What has become known is Americans are faced with increasingly poor choices when it comes to candidates seeking elected office. It is indicative of the loss of moral compass in America.

A vote cast for a Democrat is sure to further the gridlock on government perpetrated by Harry Reid. A vote for a Republican does not guarantee a release of that gridlock, since America has seen these RINOs betray their constituents. Even a vote for an independent candidate risks manipulation by Democrats as these charlatans are actively pursuing those independents that can be “controlled” or “persuaded” to vote along Democratic party lines and platforms. Democrats have no shame in their actions to “win,” even if it means causing a Democrat to lose. After all, they are attempting to stack the deck to ensure they maintain control of the Senate. The questions to be answered are: Will the American public recognize this and call it out; and, will the American public demand immoral and unethical behavior be sanctioned?

The answers are dependent on America regaining her moral compass.