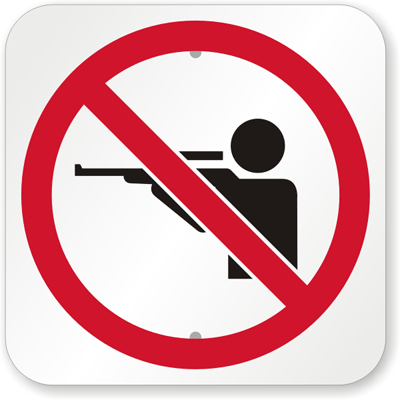 In August of 2013, Governor Jerry Brown was handed a stack of gun control laws, compliments of the state legislature. While many were vetoed, the governor did sign AB-711  into law. This piece of legislation would outlaw the use of lead ammunition for hunting anywhere in the state, effective January of 2019. The law is essentially an update from a previous lead ammunition ban designed to help save the California Condor.

However, many fear that this could effectively ban hunting across the state. The National Shooting Sports Foundation recently conducted a poll amongst avid hunters to see how this legislation might hurt their favorite pastime:

The survey-based report by Southwick Associates quantifies the problems that this ban will cause. Non-lead ammunition is not available for about half of hunting calibers, and the report found the California ban will cause severe shortages nationwide.

Due to technical and market-based constraints on manufacturers, the implementation of AB711 will at least triple the price of ammunition, driving more than one-third of the state’s hunters to hunt less or stop hunting completely. With the loss of more than 50,000 hunters in the state, California’s economy will see a loss of millions of dollars in salaries and in tax revenue.

In addition, as hunters are the primary source of conservation funding in the state, a dramatic decline in hunters means fewer dollars for wildlife conservation.

Isn’t that insane? The environmentalists are marginalizing the main source of income towards the state’s conservation efforts. Not that many of them would notice, since they’re too busy sipping latte’s in the city. For them, the “environment” is some far away wonderland they might see once a year in Tahoe, or perhaps a Prius commercial. As far as they know, the environment is a manicured lawn behind the local skate park.

The real environmentalists are the hunters, backpackers, and fisherman who love spending their time in the wilderness. They have the greatest interest in saving the environment, and they pay for it every year when they renew their licenses. I have to mention fisherman too of course, since the state is now proposing a ban on lead sinkers as well.

It would be tragic if the cause weren’t so ridiculous. The state’s belief that lead ammunition is poisoning wildlife like the California Condor, is completely baseless.

In fact, the lead found in bullets isn’t nearly as toxic as commonly believed. It’s not in the molecular form that is bioavailable to most animals. A recent study conducted in Germany found that that when the lead from ammo is ingested, only a small percentage actually ends up in the body. Most of it passes through harmlessly. In fact, numerous studies have come to the same conclusion. According to huntfortruth.org, a site dedicated to exposing the lies behind the lead ban, the CDC conducted a study  in the Midwest to determine the toxicity of game meat consumed by hunters:

Despite the robust debate concerning human exposure to lead toxicity from lead ammunition, there has been no clear evidence that the consumption of game meat has ever caused lead poisoning in humans. All doctors are required to report cases of lead poisoning to their state health agencies and to the Center for Disease Control, yet, no cases have ever been traced to wild game meat. In fact, numerous state agencies have concluded after reviewing the research that there is not sufficient evidence to support claims of lead toxicity in humans and have published statements notifying hunters that game meat is safe to eat.

So is it somehow different for Condors? Because that’s the accusation. For years we’ve been told that the consumption of carcasses left by hunters is the main source of lead poisoning in the bird. But as you’ll see, there are far more likely causes for the traces of lead found in this species. In fact, since California’s previous lead ban, it was found that the levels of lead found in the California Condor has increased despite a 98.89 percent compliance rate among hunters.

Rather than pointing their fingers at hunters, the state should be looking at the countless other sources of lead. In fact, the lead found in industrial sources is often water soluble, making it very accessible to the bodies of humans and animals. These sources include:

The source of lead found in the California Condor could be from many of these; lead paint in particular. If the Condor was found to be eating lead paint, it certainly wouldn’t be the only case. On the Midway Atoll, the Laysan Albatross was nearly driven to extinction, after it was found that the bird was consuming the paint chips that were peeling from many of the decaying military buildings in the region.

After looking over this lead ban, I suspect there is something going on behind the scenes that we’re not privy to. This anti-gun legislation was among many other bills that were given to Jerry Brown last year, most of which were completely outrageous. These included the banning of any semi-automatic weapon with a detachable magazine capable of hold more then ten rounds, or making it illegal for people convicted of drunk driving to own a firearm. Most of these were shot down by the governor, except for the lead ban. If you ask me, he was well aware of the outcry and overwhelming noncompliance that would ensue, had he not vetoed these bills. I suspect he let this one pass, just so he could maintain his liberal “street cred” as it were.

Either that, or it’s just another signpost along the slippery slope that gun owners have become so accustomed to.