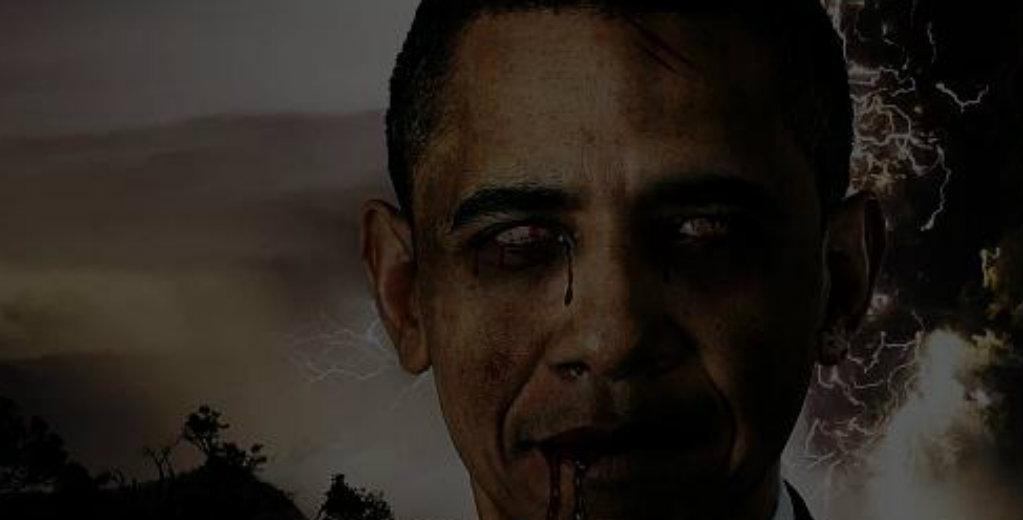 When I first heard of the dead Ebola patients coming back to life in Liberia I didn’t think much of it. I thought it was a tabloid story. But when respected news sources, like Breitbart, covered the story I began to look at it more closely.

Earlier this week The New Dawn (of Liberia) reported:

Two Ebola patients, who died of the virus in separate communities in Nimba County have reportedly resurrected in the county. The victims, both females, believed to be in their 60s and 40s respectively, died of the Ebola virus recently in Hope Village Community and the Catholic Community in Ganta, Nimba.

But to the amazement of residents and onlookers on Monday, the deceased reportedly regained life in total disbelief.  The NewDawn Nimba County correspondent said the late Dorris Quoi of Hope Village Community and the second victim only identified as Ma Kebeh, said to be in her late 60s, were about to be taken for burial when they resurrected.

Is this story at all credible?

I honestly do not know.

What I do know is that there are things that the public is generally unaware of that could explain how a person might appear to be dead and later appear to come back to life. Here is just one example…

Have you ever seen a movie called The Serpent and the Rainbow?

It is one of my personal favorites.

It is a Wes Craven film that was loosely based on the real-life story of Canadian Researcher Wade Davis and the dark secrets of Haitian Voodoo. Davis went to Haiti in the 80s to attempt to discover the secrets of Haitian zombies. It was there that he allegedly discovered a white powder, made from various poisons such as toxins from puffer fish, which was used to make the living appear dead. Here is a Wikipedia entry that details criticisms of Davis’ work:

In 1983, Davis first advanced his hypothesis that tetrodotoxin (TTX) poisoning could explain the existence of Haitian zombies.[4] This idea has been controversial and his popular 1985 follow up book (The Serpent and the Rainbow) elaborating upon this claim has been criticized for a number of scientific inaccuracies.[5] One of these is the suggestion that Haitian witchdoctors can keep “zombies” in a state of pharmacologically induced trance for many years.[6] As part of his Haitian investigations, Davis commissioned the exhumation of a recently buried child.[7][8] (Dead human tissue is supposed to be a part of the “zombie powder” used by witchdoctors to produce zombies.) This has been criticized in the professional literature as a breach of ethics.[9][10]

The strictly scientific criticism of Davis’ zombie project has focused on the claims about the chemical composition of the “zombie powder”. Several samples of the powder were analyzed for TTX levels by experts in 1986. They reported[11] that only “insignificant traces of tetrodotoxin [were found] in the samples of ‘zombie powder’ which were supplied for analysis by Davis” and that “it can be concluded that the widely circulated claim in the lay press to the effect that tetrodotoxin is the causal agent in the initial zombification process is without factual foundation”. Davis’ claims were subsequently defended by other scientists doing further analyses[12] and these findings were criticized in turn for poor methodology and technique by the original skeptics.[13] Aside from the question of whether or not “zombie powder” contains significant amounts of TTX, the underlying concept of “tetrodotoxin zombification” has also been questioned more directly on a physiological basis.[14] TTX, which blocks sodium channels on the neural membrane, produces numbness, slurred speech, and possibly paralysis or even respiratory failure and death in severe cases. As an isolated pharmacological agent, it is not known to produce the trance-like or “mental slave” state typical of zombies in Haitian mythology, or Davis’ descriptions, although one might consider the effects of set and setting in combination with the drug.

Davis did not suggest, however, that the zombie powder containing TTX was used for maintaining “mental slaves” but for producing the initial death and resurrection that convinced the victim and those who knew them that they had become zombies. The effects of fugu TTX poisoning in Japan agree with the reports of zombification. ‘Zombies’ such as Clairvius Narcisse were, according to Davis, kept biddable by regular doses of the poisonous ‘zombi cucumber’, Datura stramonium which produces amnesia, delirium and suggestibility.[15]

How much of the Wes Craven movie is fact and how much is fiction is largely debated. However, Bryan White attempts to clear up some of the confusion:

The Serpent and the Rainbow turned out to be pretty loosely based on Davis’ text, as his book is said to be a harrowing account of time spent in Haiti in the middle of a revolution. If spending time in a seriously poor third world nation wasn’t already a dangerous situation, add the element of political upheaval and a seriously corrupt police force desperate to maintain order among its own people, let alone a bunch of foreigners out to uncover Haiti’s dirty folk medical secret. I’m sure Davis spent most of his time trying not to contract malaria and not be killed by nasty Haitian cops but the search for the zombie drug in this case wasn’t terribly scary. When the director of A Nightmare On Elm Street comes to town, the studio isn’t going to give up the money unless there’s some horror involved and this is where Davis’ book and Craven’s movie part ways.

In 1962, a man named Clairvius Narcisse died. He was given a funeral and was buried in front of his family as they saw him off. In 1980, Calirvius Narcisse wandered back into his own village a little worse for wear but mostly alive. He told a wild story about a voodoo sorcerer who used the famous zombie powder on him to put him into a coma that looked a lot like death. In this state, Narcisse was conscious and aware of what was happening to him. A little while after his burial, the sorcerer snuck into the cemetery where he was buried, dug him up and took him to a sugar plantation where he “stole his soul” and was put to work with other zombies for the plantation owner. When the sorcerer died and the plantation owner died, Narcisse eventually regained enough of his counsciousness where it eventually occurred to him that he should probably get the fuck off the plantation and find somewhere to go because he was getting hungry. Enter Wade Davis.

This remarkable story made its way to Davis,  who had spent a lot of time in the third world researching indigenous folk drugs like Ayahuasca and through decades of rumors of this zombie drug, this opportunity presented Davis with the opportunity to find out if it existed and if it did, how it worked. He made his way to Haiti and during his time there, learned about the zombie powder, a combination of Tetrodotoxin and Bufotenin, chemicals derived from the venoms of puffer fish and certain species of toads, respectively. When administered to a human, they go through a process that looks an awful lot like death but isn’t. Once recovered, the zombie is given a paste made from datura seeds, which is a sort of hallucinogen that induces the classic zombie state of a mindless drone. Davis discovered a rumored underground trade of zombies that Narcisse was a part of. What makes this system so air tight in Haiti is that most of the zombies suffer severe brain damage after prolonged exposure to these drugs and they wind up dying. Narcisse did not and eventually pulled his shit together enough to go home where a superstitious lot of people assumed that the guy’s dead body was up and wandering around.

Do I suspect that Davis’ zombie drugs are to explain the stories coming out of Liberia?

But I do try to remain open minded.

The truth is that there are things in this world which are hard to explain. What happened in Liberia could be a case of smoke and mirrors. In fact, though not as prevalent as in Haiti, there is a subculture of Voodoo in Liberia, at least to the same extent that it is found in other parts of the African continent:

Historically Benin, West Africa, is known as the birthplace of Voodoo. Entangled in the culture are signs of Voodoo, especially in the southern parts of the country. Evan as “social media” take root in Benin, proclamation of the Gospel through Christian radio programs remains an essential way to get the message of salvation to those in bondage in this culture of Voodoo.

And for those who are Christian, or believe in any Higher Power for that matter, we should not discount the possibility of miracles through divine intervention.

So is it possible that two people in Liberia “died” from Ebola and then came back to life?

That depends on how you look at it.

I think that, more than likely, this was the result of some type of deception if it happened at all. However, as a Christian, I do believe that miracles can and do happen. I don’t have to understand why. I am not steering this ship.

For me to totally discount a story simply because I do not understand everything there is to know about the world around me would simply be a case of me admitting my own ignorance.

So did it happen?

But if I don’t maintain an open mind then I will never get to the truth of anything.

Have we witnessed a genuine manifestation of zombies?