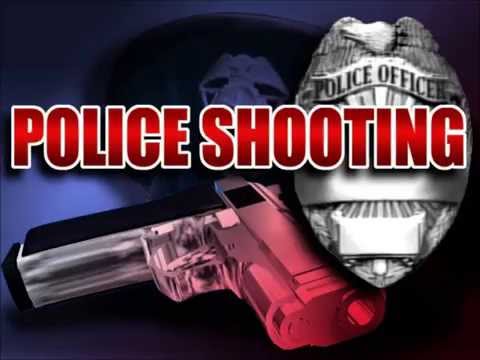 Trooper Sean Groubert, 31, has been fired and is facing felony charges after shooting Levar Jones – who was unarmed -near Columbia.

The incident is so unbelievable that you have to see it for yourself to comprehend it.

Apparently, Groubert pulled Jones over for a seat-belt violation.

Hey, not wearing your seat-belt is dangerous. Here, have some bullets to the hip instead! That will teach you!

Groubert is facing one count of assault and battery of a high and aggravated nature, according to the arrest warrant. If convicted, he faces 20 years in prison.

IF he is convicted.

If a jury can acquit the officers who beat Kelly Thomas into a coma (he died 5 days after the incident), then what will they do with this case?

I suppose the fact that Groubert has been charged might be a positive sign. The NYPD officers who killed Eric Garner in July haven’t been charged with anything, despite medical examiners stating that his death was a homicide, and clear video evidence showing Officer Daniel Pantaleo choking the poor man. Oh, and the officers at that scene did not try to save Garner. They merely stood over him and watched him die.

And just yesterday, a jury decided that officers were “justified in their actions” and declined to indict them in the shooting of John Crawford, who was murdered by police in a Wal-Mart store on August 5. Apparently that jury didn’t find the video surveillance footage of Crawford being gunned down to be enough evidence of misconduct, which is mind-boggling.

Jones was shot once in the hip and is recovering at home after a brief hospital stay.

How much more of this “shoot first, ask questions later” mentality is going to be inflicted upon citizens?

I don’t even want to think about it.