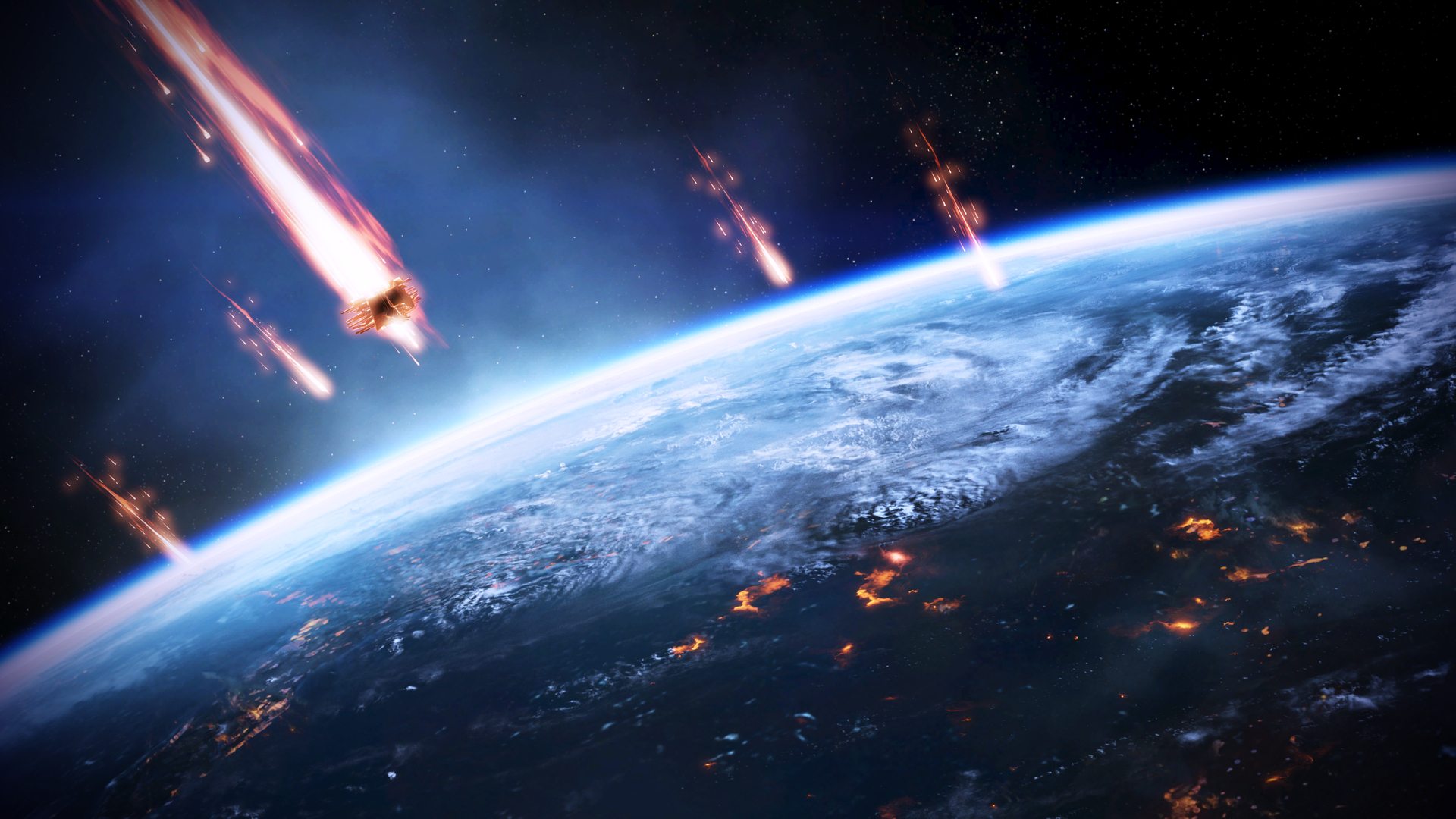 NASA has released data showing that they expect at least 400 asteroid impacts on Earth between 2017 and 2113. Although most of the rocks have a diameter of 110 yards or less they have warned about a colossus that’s heading our way. The mega asteroid will encounter Earth in 2020.

The previously unknown asteroid belt that will give rise to the increased collisions was located in deep space but is heading towards the part of the solar system that Earth occupies.

“There is an “asteroid with our name on it” and “it is only a matter of time before an asteroid large enough to wipe out the human race collides with Earth”.

Massive asteroid 2012DA14 will pass very close to the earth in 2020. At this point scientists don’t think it will hit us but merely the space rock bumping into other space debris can alter its course profoundly so NASA are watching it closely.

Professor Bill Napier of Buckingham University also said that comets pose a threat to our planet:

“Halley’s Comet, which is about 10km across does not cross closely enough to the earth, the most dangerous one is the Swift-Tuttle Comet which is 27km across and passes very close to the Earth.

“There is a more immediate risk from the smaller asteroids.

“Comets are extremely fragile ice bodies and from time to time they get caught up in the gravity of the giant planets and are thrown inwards, this stress can cause them to disintegrate.

“The dust would cut out the sunlight and we would see multiple bombardments.

“These things are floating around in the sky and there is a real hazard out there that hasn’t been properly studied, and it could happen at any time.

“Needless to say there’s a lot of controversy around the subject.” (source)