A few days ago an innocent white woman who was just in the wrong place at the wrong time was beheaded by a black muslim convert…and this barbaric act was done right here on American soil making it all the more grievous for we thought these acts of barbarism would always happen ‘over there‘…would NEVER happen here.

And so with that one act of savagery a very important aspect of our American way of life has now been taken away from us…the simple thought that we were safe… that we were insulated by the oceans that separated us from the hell that now permeates the Middle East. But those days are over for now we must look over our shoulders wherever we go…wherever we go here in our own country.

But was this an act of a lone wolf…a copycat…or an ISIS ‘wanna be’…but NO matter for this act was an act of jihad done evoking the name of allah…done as commanded by the qur’an…done in the name of islam…the anything but a religion of peace NO matter how many times Barack HUSSEIN Obama appears before the cameras claiming that it is so. This was a brutal act of savagery that should send a message far and wide across our beloved America that those commanded by the qur’an to kill us all are indeed now amongst us.

Alton Alexander Nolen was converted to islam…swore allegiance to allah and the words of the qur’an while in prison in 2011…a convicted felon who was supposed to be given felony probation until 2017 but instead was given early release this past April…given early release knowing he was a follower of the islamic cult of death… released knowing that he had dangerous thoughts concerning those who were NOT believers…dangerous thoughts concerning those for whom the words of the qur’an rightfully rang hollow. And now one man’s early release has had deadly consequences and know that there are others just like him…converted to islam while in prison…waiting for their turn to do unspeakable acts and do them in the name of islam.

Men radicalized with the taste of blood driving them forward as the voices in their head command them to defile…to brutalize…to kill in the name of islam…for only the delusional…and those of ‘limited’ intelligence if you will…would cut the heads off innocent people in the name of a so-called religion whose guiding truth seems to be found within the words of their (un)holy qur’an…within Sura 9:5 which states“…kill the infidels wherever you may find them…”

And while this president looks away to the hate and perversion that drives those who commit these unspeakable acts…and as ‘We the People’ have been forced by the liberal left to accept the unacceptable via political correctness run amok…what of these men who actually can’t wait to get the blood of innocents on their hands…. what of them…what actually drives them forward…what makes them follow the words laid down by a mad man so many centuries ago.

The first word that comes to mind when speaking of those who relish washing their hands in the blood of innocents is ‘extremism’…for these men swing from one extreme to the other in the blink of an eye. From once being mere followers caught up in the mob mindset of those who simply chant ‘death to the infidels’ to those who now without question gladly follow orders to kill…these men owe their allegiance…their obedience…to NOT only a book filled with hate and perversion, but to the hate ‘supposed’ holy men spew out to the masses on a daily basis until it becomes part of their very consciousness. ‘Extremism’ that is so strong that it distorts the basic human premise of right vs. wrong making wrong right and right wrong if done in the name of allah. ‘Extremism’ driving them forward in a feeding frenzy of blood lust with all who do NOT accept their way becoming their prey. Self-tolerated madness run amok on a grand scale…madness to the extreme fueling madness on an individual level that makes up the sum of the whole. 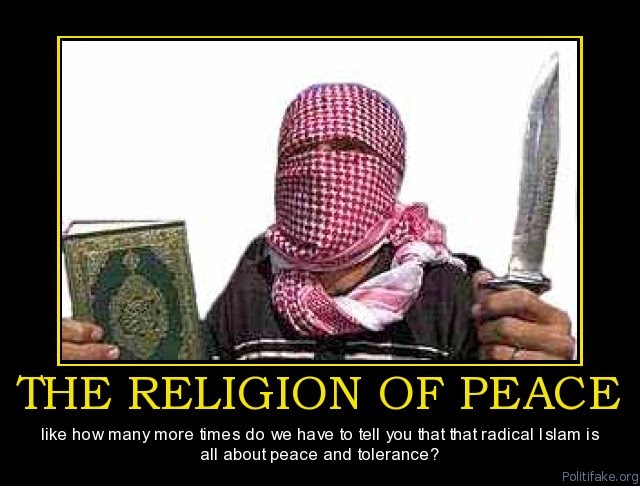 The second word that describes those out to kill us all is a word they find comfort in hiding behind, and that word is ‘cowardliness.’ While these men relish and thrive on the blood on their hands they do NOT have the courage to stand by their convictions NO matter how perverted and twisted those convictions might be for the truth is that only a coward would cover their face when doing what they say pleases their god. Basically hiding like a small child who fears being found out for doing a bad deed…these cowards hide behind a mask of anonymity while doing the unspeakable…doing what their anything but holy book commands them to do. And only a coward would kill women and children…raping them…brutalizing them…torturing then killing those too weak and helpless to fight back. Yet this very ‘cowardliness’ in hiding behind rags wrapped around their heads actually gives them the courage to go forward and do what they do.

The last word that comes to mind is two words actually…’blind obedience.’  Completely devoid of the concept of independent thinking, these men lack the all-important moral compass to distinguish between good and evil as they salivate at the very thought of infidel heads rolling. These are weak emasculated men who are easily manipulated to follow but NEVER question those in authority…becoming the slaves of those whose very manhood is defined by the number of women they rape…by the number of children they do unspeakable acts to…by the number of those killed on their orders. And this ‘blind obedience’ in and of itself breeds ‘extremism’ thus bringing the cycle of hate and death full circle…allowing that circle to roll forward like a wheel crushing all in its path. 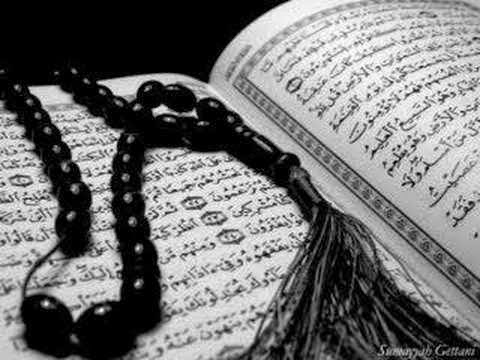 And yet even with rational answers trying to explain the irrational mind of cold-blooded killers, the bottom line remains that the root of all the problems…the root from which all the hate and killing springs…is found within the pages of a book that is the antithesis of everything we as Christians and Jews hold dear.

The qur’an…NO matter what its believers claim…is anything but holy as it’s filled with violence, intolerance of any NOT muslim, intimidation, perversion, and all manners of sin that are NOT only repulsive on the surface but are evil to their very core. The qur’an’s very words prove that islam is anything but a religion of peace, love, equality, unselfishness, and tolerance…the real hallmarks of NOT only religion per se but also the hallmarks of the one true living God of the Christians and Jews.

(Sura 98:6) “Those who disbelieve from among the People of the Book and among the Polytheists, will be in Hell-Fire, to dwell therein (for aye). They are the worst of creatures.”

The qur’an…the anything but holy book encompassing the delusional rantings of a perverted mad man…a man who married a child of six then raped her when she was but nine…this is the book whose words muslims believe will lead them to allah and paradise.

Verse after verse* filled with hate, violence, subjugation, perversion, and death, the qur’an itself and islam in general has yet to go through the reformation that the Holy Bible and both Christianity and Judaism has gone through. At one time both of these great religions had blood on their hands as well, yet through reflection, change, adaption, and the realization that they were NOT following God’s path, both became religions from which one can find comfort, acceptance, peace of the heart, and true love for the Creator. (Remember, unlike nearly all of the Old Testament verses of violence, the qur’an’s many verses of violence are open-ended, meaning they are NOT restrained by the historical context of the surrounding text…a very important differentiating factor.)

Christianity and Judaism both teach that God loves all people but hates sin. The qur’an clearly states that allah does NOT love those who do NOT believe in him (Sura 30:45 “He does not love the unbelievers.”). And herein lies the basis for all the hate for islam sets its followers up to believe that they and they alone are better than all men…that they and islam are the only way to god NOT understanding that their ‘so-called’ god is NOT our God for there is only one God the Father of us all.

And until the followers of islam accept that as fact…until the qur’an is stripped of the evil and vileness within its pages…until islam itself undergoes a long overdue reformation…what remains will be an ongoing tangible battle between ‘them’ vs. ‘us’…and an ongoing religious battle of sorts between good vs. evil…and the killing and destruction will continue on in the name of a god who is anything but.

* There are a total of 6236 verses in the Quran (7 verses in the first chapter with Bismillah included but with Bismillah not included for other suras), otherwise with including all Bismillah at the beginning of all chapters then there are 112 + 6236 = 6348 verses. Out of these verses, 109 of them call for muslims to go to ‘war’ with nonbelievers and hundreds more deal with killing the infidels, the subjugation of women, and sexual perversions.