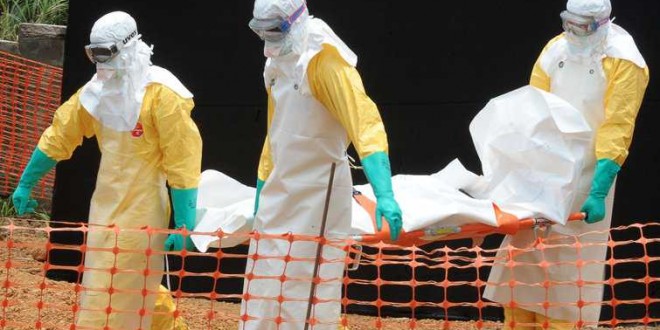 The Centers for Disease Control is advising funeral homes in the United States on how to handle the remains of Ebola victims, although officials are keen to stress that the development is not a cause for alarm.

A three page list of recommendations instructs funeral workers to wear protective gear while handling Ebola victims, as well as warning them not to carry out autopsies or to embalm corpses.

“If the outbreak of the potentially deadly virus is in West Africa, why are funeral homes in America being given guidelines?” asks WFSB.com.

Last night it was revealed that a Dallas hospital is holding a potential Ebola victim in “strict isolation” after the patient was admitted based on symptoms and “recent travel history.”

Alysia English, Executive Director of the Georgia Funeral Directors Association, dismissed suggestions that Americans should be alarmed by the recommendations.

“Absolutely not. In fact, if they weren’t hearing about it, they should be a whole lot more concerned,” said English.

As we reported earlier this month, the U.S. State Department ordered 160,000 Ebola hazmat suits, prompting concerns that officials were preparing for an outbreak within the United States.

While Ebola has so far been confined to the continent of Africa, speculation has arisen that the virus could have gone airborne to at least a limited extent.

Michael T. Osterholm, director of the Center for Infectious Disease Research and Policy at the University of Minnesota, acknowledged in a recent New York Times op-ed that virologists “loath to discuss openly but are definitely considering in private” the possibility that Ebola has gone airborne.

Top German virologist Jonas Schmidt-Chanasit caused consternation recently when he suggested that the battle against Ebola in Sierra Leone and Liberia was lost and that the virus would eventually kill 5 million people.

As we reported back in 2009, the State of New York Division of Cemeteries sent out “Mass Fatality forms” to cemeteries in that state to collect data about their ability to deal with the high volume of casualties that would occur if their were a flu pandemic or other disaster.