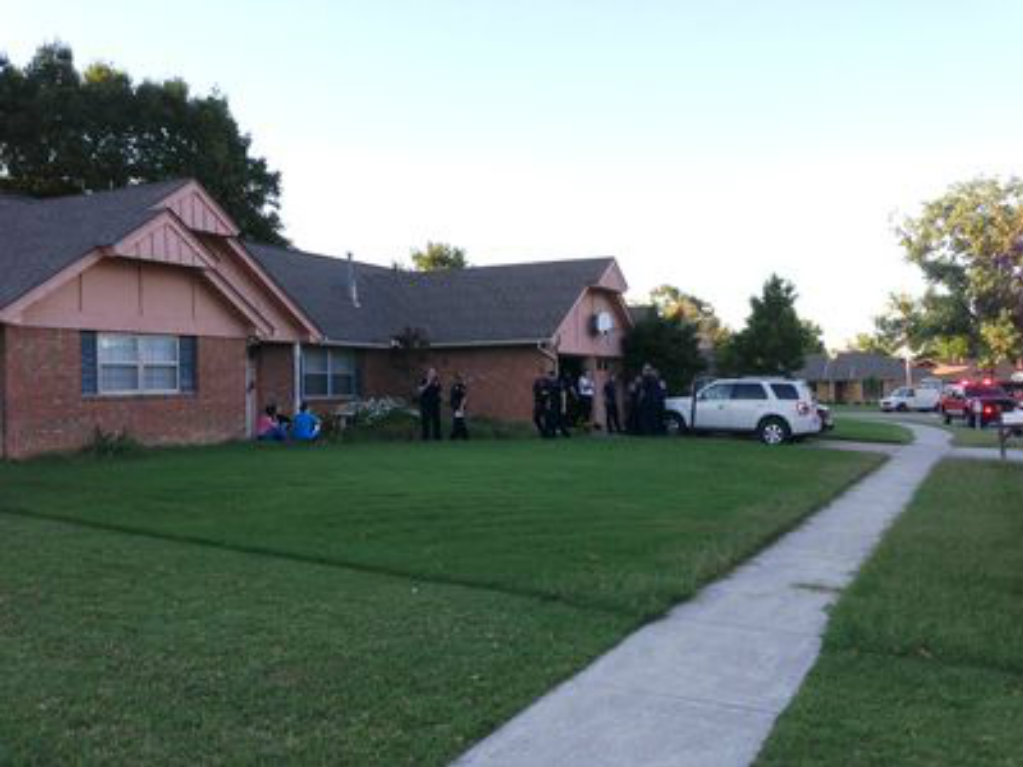 Our friends over at The Conservative Treehouse have dug up an amazing story that might suggest that the recent Oklahoma beheading was not the beginning of things to come, but merely a perpetuation of what has already started there.

In June of 2013, in Tulsa, a woman found her husband dead in the garage.

His hands and feet were tied and he was decapitated. The police ruled suicide.

His hands and feet were tied and the body had been decapitated.

Tulsa police told KRMG news, the death was due to suicide.

Cops gave no other details at the time but continue to investigate the matter.

Update: Police confirmed the death of the man involved was suicide. While they didn’t want to get into the details of how it was done, they told KRMG news it’s not uncommon for hanging  suicides to end in decapitation.

So are the police saying that the man hung himself and his head came off as a result?

That is possible, because we don’t know what may have been used for the hanging, but how likely is it? How tough would it be to bind your own hands and feet before hanging yourself in the first place?

Let’s tackle the statement that “it’s not uncommon for hanging suicides to end in decapitation.” I believe this statement is false and the word uncommon should be replaced with impossible. It is possible but not very likely.

Here is an abstract of Decapitation in Suicidal Hanging – Vital Reaction Patterns which was published in The Journal of Forensic Sciences by Dr. Petr Hejna and Dr. Michael Bohnert:

Complete or incomplete decapitation as a consequence of suicidal hanging is very rare, few cases having been reported in the worldwide literature. Posthanging decapitation is typically related to a drop of several meters. Three cases of complete decapitation and one case of incomplete decapitation by suicidal hanging are reported with particular emphasis on internal findings and vital reaction patterns. Personal, circumstantial, autopsy, and toxicological data were analyzed to define basic characteristics of such extreme injuries. The crucial factor for the state of decapitation itself is the kinetic energy of the falling body, the strength of the human neck tissue, and the diameter and elasticity of the used ligature. Results of our case study suggest Simon’s hemorrhage and air embolism as useful autopsy findings in posthanging beheading cases. Simon’s hemorrhage was demonstrated in three cases of four. The test for air embolism was positive in all four cases.

It seems that the two Doctors would disagree with the opinion that decapitation by hanging is not uncommon. They also conclude that it is typically the result of a drop of several meters. Where I come from “several” usually means four or more. That is a bare minimum of 12 feet (roughly 3 feet per meter).

How many people in Tulsa, or anywhere, have a garage where someone could hang themselves and drop 12 feet in the process? Keep in mind that the head itself would have to drop 12 feet. We are not measuring highest point (top of head) to lowest point (bottom of feet). Not very many residential garages would accommodate that drop. I am 6 feet tall. That means my garage would have to be at least 18 feet tall, assuming I started in a standing position, for me to pull that off. If I were sitting the number would be closer to 15 or 16 feet but that is still a very tall garage, especially for a residential neighborhood.

The police story is possible, but not likely. My biggest question is that if it was a hanging suicide, then why even release the other details? Why give the public reason to doubt the official narrative?