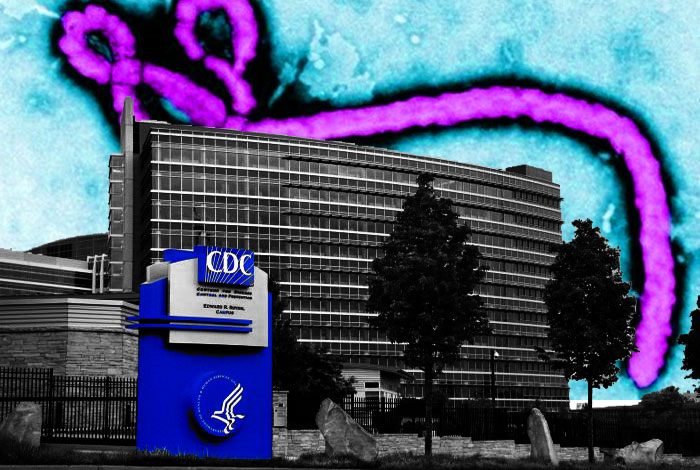 Why is anyone listening to the CDC when they claim their Ebola safety protocols are going to save everyone?

Just asking, because these so-called safety protocols have already failed.

Or we could ask Ebola patient zero out of Dallas, Texas — the first man diagnosed with Ebola outside of Africa anywhere — who recently went to the Texas Health Presbyterian Hospital A) with flu-like symptoms combined with B) a recent trip home from Liberia, Africa six days prior, one of the Ebola-ravaged hot zones.

The first man to be diagnosed in the U.S. with Ebola was initially given antibiotics and sent home by a Dallas hospital after showing up with flu-like symptoms, creating a two-day gap before he returned in an ambulance.

The gap has opened questions about whether the man, now listed in serious condition, was asked and answered honestly about his travel history during his initial visit to the hospital. Such screening is key at a time when early Ebola symptoms can mirror the flu, and an outbreak in Africa has infected more than 6,000 people.

That’s right. Got Ebola-like symptoms? Just came here from an Ebola-ravaged African nation? They just shrugged and sent him home for two days with antibiotics…instead of admitting him for further observation or, oh…I dunno, TESTING HIM FOR EBOLA!

The man’s flight went from Liberia to Brussels before it got to the U.S. He has had contact with at least a dozen to 18 people, but obviously it could be more. Who honestly remembers every person they’ve come in contact with in nearly a week?

And according to The Guardian , the patient did tell his nurse that he had just come back from Liberia, a nurse who even used a checklist that had a travel-related question on it, but The Guardian reports there was sadly a regrettable breakdown in communication between the medical staff:

An official at the Dallas hospital where he is being treated told a news conference that the patient told a nurse about his travel history, but that information was not widely enough shared with the medical team treating him. He was sent home with a course of antibiotics, an outcome that Texas health chiefs described as a matter of “regret”. [emphasis added]

But it gets better (if by “better,” I mean infinitely more stupid):

At a Dallas news conference on Wednesday, Texas governor Rick Perry said that school-age children who may have been in contact with the patient are being monitored at home for signs of the disease.

You mean school-age children who were able to have all kinds of close contact, maybe kisses goodnight, food/drink sharing etc., who then went to SCHOOL for a few days? School, the place where copious amounts of germs and mucous membranes go on romantic play dates?!

ARE YOU FREAKING KIDDING ME?

The CDC has everything under control. (And maybe if the government and the news media repeat that line long enough, someone will believe it.)

They’re monitoring people at the airports, you see. They’re checking people for fevers before they get on the planes.

What’s that you say? That Ebola has a 2-21 day incubation period, so many people could be traveling who don’t present with a fever at the airport and won’t even show any symptoms at all for a few weeks after they’re already infected with Ebola?

Yeah, but…the CDC…you know…they say they have it all under control, so…

Besides… They’re about to have a new vaccine we can all take! A super fast-tracked rush job with zero long-term studies that I’m sure will pose no health threats of its own at all whatsoever! Bill Gates has even pledged $50 million towards its development, and he doesn’t have any other agenda besides saving the world.

Oh, and don’t worry, the scientist behind the development of the Ebola vaccine totally hasn’t been caught on video openly joking about culling 2 billion people with a genetically engineered virus or anything…