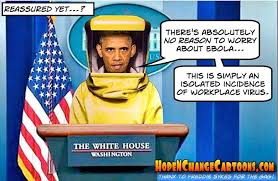 The Ebola crisis has taken a decidedly bad turn yesterday as the true agenda of the government and its minions is being fully exposed. In the face of a deadly Ebola crisis that has the potential to sweep accross the country with the vengeance of the 1918 Spanish Flu, one would think that the government watchdogs, the FDA, the CDC and the NIH would welcome help from the non-governmental affiliated healthcare industry in any way that they could get that help. Unfortunately, for the American public, these private corporations who operate with a government charter, are intimidating all but the aforementioned healthcare organizations to forsake any and all health claims as the FDA has completely banned the use of the word “Ebola”.

The FDA has sent out letters to nearly every natural healthcare company threatening them with strong action if they do not completely comply with the FDA even when the law does not require such compliance.

The Institute of BioAcoustic Biology

A case in point in which the government sponsored healthcare watchdog industries should be welcoming any kind of health advances in the treatment of Ebola, particularly since we seem so helpless in the face of the virus, the work of the Institute of BioAcoustic Biology stands out.

The World Health Organization, on August 12, 2014, announced that “…the panel reached consensus that it IS ETHICAL TO OFFER UNPROVEN INTERVENTIONS (emphasis added)…There was unanimous agreement that there is a moral duty to also evaluate these interventions”.  The Institute of BioAcoustic Biology, located in Albany, Ohio took up the challenge issued by the World Health Organization as they subsequently created software to confirm Ebola activators, genes and proteins which could be used as a means of predicting who would manifest symptoms prior to the manifestation of Ebola symptoms. The technology is based upon an analysis of sound frequencies. This organization is motivated only by the desire to help stem the tide of the coming Ebola crisis. They have held public classes and gave away the diagnostic software to everyone and anyone. Free instruction was offered to teach conference participants on how to use the software. The efforts of the BioAcoustic Biology group is totally dedicated to finding solutions to the present crisis and they are not attempting to break the bank in return for their efforts. One would think that the FDA would be willing to test the efficacy of the approach. In fact, the organization has offered to allow any legitimate body to test their approach free of charge. Unfortunately, anyone else who is not associated with Monsanto, GSK, Crucell, the CDC, the NIH and the Bill and Melinda Gates Foundation are threatened and intimidated into abandoning any work on Ebola.

In fact, the control of the treatment of Ebola is so tight that the FDA is issuing letters of warning to nearly all healthcare companies to cease and desist in the use of certain words. The threats of prosecution by the FDA are so draconian that the FDA has appointed itself to be the guardian of the English language. The FDA sanctions the production of Merck produced Vioxx which killed over 100,000 Americans and they think they have the right to play grammar Nazi with the language of the healthcare industry? Where is the outrage America?

The motivation for these seemingly nonsensical actions by the FDA comes back to greed. As I have already documented in a previous article , the CDC owns the patent on the present form of Ebola and all variations up to 70% of  the original virus. As such, any treatment of Ebola would require the payment of a royalty to the CDC or their designee for tampering with their intellectual property.

In the same article, it was documented that Crucell had tested an Ebola vaccine on humans back in 2006. Finally, it was documented that the National Institute of Health (NIH) now owns the patent for the Crucell created vaccine. Although a statement which backs the safety of the vaccine can be found, the results of these 2006 clinical trials remains suspiciously missing from public view. We also know that the Army, from Ft. Dietrich, was also involved in this process. This leads a reasonable person to believe that the results of the clinical trials are being suppressed and that they were classified by the Army.

The net effect of these events is that the CDC, NIH, FDA and Bill Gates have positioned themselves to make a lot of money on both the outbreak and treatment of Ebola.

This kind of monopolization of the diagnostic and treatment process speaks solely to corporate greed. Fascism is the blending of government power and corporate interests and this is what we are seeing in the United States healthcare industry.  Organizations such as the Institute of  BioAcoustic Biology merely wants to find a cure, while the CDC and the NIH are positioning themselves to profit along with Bill Gates. This is such a betrayal of the public trust that words are not strong enough to describe this outrage!

The FDA will “swat team” anyone who is legitimately looking for a cure for Ebola that is not on their preferred list of insiders. Why should only Monsanto, GSK and Crucell be allowed to pursue a treatment for Ebola in the present atmosphere of “rules for thee, but not for me”.  Monsanto and GSK are private corporations. Why are they receiving special treatment while other legitimate private organizations are blocked from assisting in the process of finding a cure for Ebola? The fascist nature of our healthcare industry is going to potentially cost a lot of people in this country their lives. The ground rules surrounding our nation’s entire approach to the present crisis is unfathomable and unacceptable and creates an atmosphere which financially benefits the CDC and the NIH and this inevitably leads to conspiracy theories involving false flag events related to profit and control.

President Obama has publicly chastised anyone who engages in the spreading of any type of “conspiracy theory” to be irresponsible and that nobody should listen to them. It is the actions of this administration that are inviting conspiracy theories as clearly, Obama’s failure to stop traffic from West Africa from coming into America via air travel, is classic example of his depraved indifference and this failure should be viewed under the lens of suspicion. I have a “conspiratorial” question for you and your administration, Mr. President. Since market penetration is the hallmark principle of any financial endeavor and the CDC and the NIH stand to make a lot of money on the outbreak and treatment of Ebola, then what is your administration doing to prevent the CDC and the NIH from manipulating the situation to increase the spread of Ebola in order to enhance their bottom line? Another question Mr. President, if your administration is not complicit in increasing the market penetration of the CDC and the NIH with regard to the spread of Ebola, they why have you not shut off air travel coming directly, or indirectly from West Africa into the United States and why is our southern border still undefended and vulnerable to a bioterror attack?

And this President wonders why conspiracy theories proliferate with regard to his administration.

The American people are waiting for your response Mr. President…

Finally, wasn’t it President Obama who stated a few weeks ago that the American people had nothing to worry about and that Ebola would never come to the United States?  Who could give this President or anyone in his administration any degree of credibility in the midst of this entire fiasco?