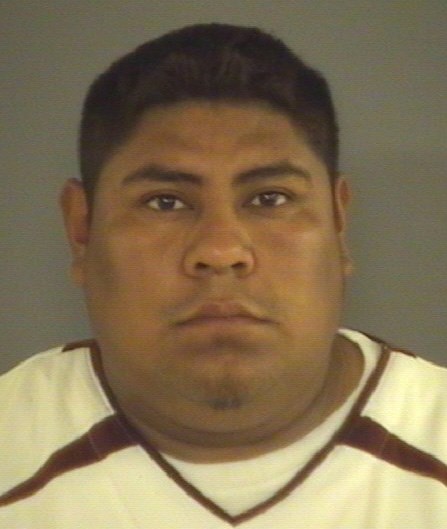 Once again, this is proof that illegal aliens should be dealt with swiftly and seriously as soon as they are found out. An illegal alien in North Carolina reportedly ran over two children on Thursday at a bus stop as their mother looked on in horror.

Marcos Santiago-Baustista, 27, ignored the stop sign on the bus, the flashing lights and the fact that the children were getting on the bus at the time and ran over a brother and sister who attend Rock Ridge Elementary School in Wilson County.

Santiago-Baustista fled the scene, leaving the two children lying in the road. His Ford Explorer was later discovered about a mile from the crime, parked behind a tobacco barn.

German Arroyo-Correa, 10, and Areli Arroyo-Correa, 5, are in serious condition after the North Carolina State Highway Patrol said they were hit by a Ford Explorer while trying to board their school bus Thursday morning. Both children have been transferred to UNC Hospitals for treatment of their injuries. Troopers said the bus was stopped on Rock Ridge Sims Road with its lights on when the SUV’s driver, 27-year-old Marcos Santiaga Bautista, failed to yield to the extended stop arm, striking the two children and then driving away. “Based on witnesses at the scene, the bus was stopped, the lights were on and that vehicle continued on and unfortunately those two kids were struck,” said Lt. Jeff Gordon, with the Highway Patrol. A spokeswoman for Wilson County Schools said the hit-and-run happened at the first stop on the bus driver’s route. A neighbor, Laura Lopez, said German and Areli’s mother watched in horror as her children were hit. “The mom witnessed the whole thing,” Lopez said. “She waits until they get on the bus and [then] goes to work. “She was yelling and screaming. It was heartbreaking.”

The two children are reportedly at WakeMed in serious condition.

According to the highway patrol, Santiago-Baustista was arrested and charged with felony passing a stopped school bus, felony hit and run with failure to stop for injury, no operator’s license, failure to register a motor vehicle, and displaying fictitious registration. A $30,000 bond has been set.

Ms. Lopez said that she was devastated and felt bad, but that the incident made her “very angry.”

To top things off, as one would expect, Santiago-Baustista doesn’t speak a word of English and required the assistance of a Spanish interpreter. He is currently in the Wilson County Jail on an ICE detainer.

If you recall, ICE has filed suit against the Obama administration for keeping them from doing their jobs with regard to arresting and deporting illegal aliens in the US. While ignoring immigration laws, and thus his oath of office to uphold those laws, Obama has instead sought to spend taxpayer dollars to help illegals in America’s workplace and released detained illegals into the population, as well as released 68,000 convicted illegal alien criminals.

Our borders remain unsecure and because of that our streets are unsecure. Santiago-Baustista is evidence of that. However, he is among millions of illegals who are in the US, but the Obama administration doesn’t care to go after because the chaos the illegal aliens cause on the system work in the administration’s favor to provide so-called “solutions,” which are nothing more than big government.

The real solution has been touted by the Department of Homeland Security. In fact, Department of Homeland Security Assistant Secretary for Legislative Affairs Nelson Peacock told senators in 2010, “Our conservative estimate suggests that ICE would require a budget of more than $135 billion to apprehend, detain and remove the nation’s entire illegal immigrant population.”

Only $135 billion? That’s pocket change to the waste that gets spent in Washington. Why aren’t we using that approach Congress? Are your political aspirations really that important? I’m guessing once the word got out, that it wouldn’t take long for that figure to actually drop as illegals would be making their way back home in fear of arrest and deportation, just like they did under Eisenhower.