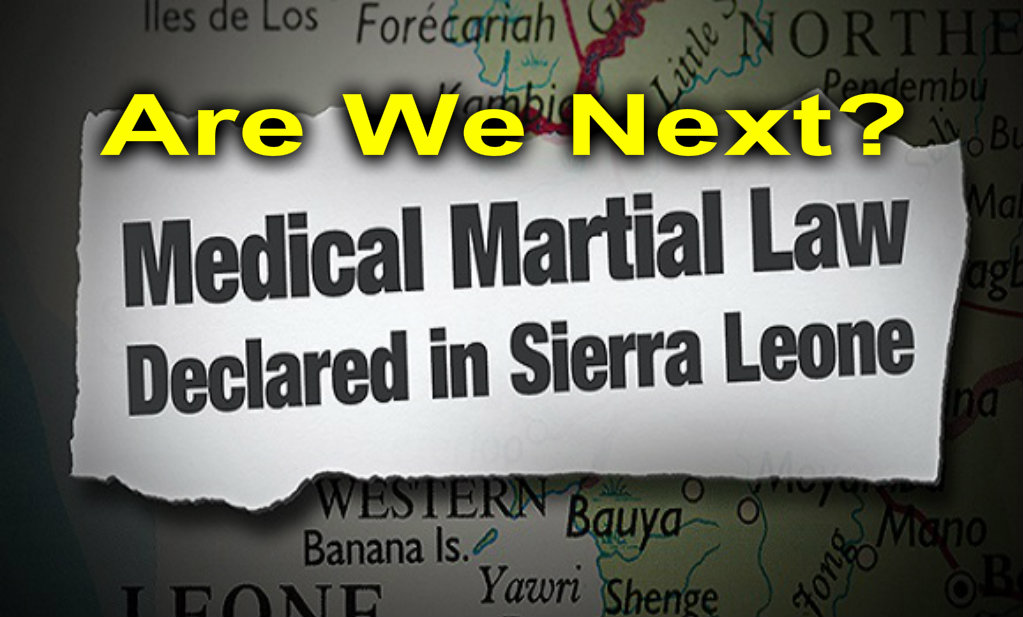 Leaving Africa, changing planes in Brussels, and on to the United States: this is how the confirmed case of Ebola made it to America. He is not the only one who has done this. Portland, Payson, Arizona, and New York City all have cases of people who show no symptoms traveling in to the United States from the ‘hot zones’ in Africa. The United States is one of the few countries that have not shut down receiving flights from Liberia, Sierra Leone, and Guinea. Even France has shut down those flights. Flights from Brussels should also be shut down.

With both our northern and southern borders wide open, it was going to make it here sooner or later. Now that there is an active case and up to 80 other people who came in contact with Patient Zero (Thomas Eric Duncan), the disease will spread. Something else to consider is that even if you survive the initial Ebola disease, you will not survive more than a couple of years due to the damage done to your organs. Ebola liquefies everything inside of the body, including vital organs and other systems. That is what hemorrhagic viruses do. So, in one way or another, Ebola has a 99% death rate.

Two men were murdered (Congressman Huff and Ted Strecker) for exposing that Bionetics Laboratories (owned by Litton Systems, owned by Litton Industries, Inc) and the United States Army, acting on orders from the U.S. government, have weaponized the Ebola disease, HIV/AIDS, and others at Fort Detrick, Maryland. Some, like Ebola were successfully weaponized; others, like HIV/AIDS, did not function effectively as a weapon. The CDC owns the patent on all strains of Ebola. NIH owns the patent on the vaccine…and yes, there is one that was also developed in an army lab. Bio-warfare labs are five to ten years ahead of commercial labs. In this case, NIH worked with Merck on some of the research and development. Now you have members of the top 1%ers investing in the vaccine.

These are all easily verifiable facts.

I suspect there is more going on than meets the eye.

I think the porous borders are a calculated move to accomplish several things: to overwhelm our country’s resources, to infect our children with viruses that their systems do not know how to fight, and to allow criminal and terrorist elements free reign across our country. Obama was well aware of what he was doing when he pulled his little immigration scandal.

Next, allowing flights from the African nations that are carrying people exposed to the Ebola virus is also calculated. Once one person is confirmed to have the disease, Obama is free to have the weaponized version released on the population centers, and he will also shut down certain parts of the power grid in these highly infected areas. This will create a pandemic fast. The faster more people that are infected, the more money that is made by everyone involved while the rest of the economy crashes beyond repair. All of this will allow martial law to be activated. The following Executive Orders will also be put into play: 10990, 10995, 10997, 10998, 10999, 11000, 11001, 11002, 11003, 11004, 11005, 11049, 11051, 11310, 11921 and many more have recently been amended from their original text.

Once martial law is in place, there will be house-to-house gun confiscations and forced quarantine of healthy people because they are considered political dissidents. FEMA will become the prepper’s worst nightmare—during the weapons confiscating, they will be taking your food and water supplies. They want you to be desperate because desperate people are easy to control. Mandatory vaccinations and RFID chip implantation will happen next, probably at the same time. You get that chip, you go to hell. It is that simple. While all of this is happening here, the rest of the world will be spiraling out of control, too. Wars and rumors of wars will be rampant.

The last date that I have been able to find on when they want to complete the RFID chip implants is some time in 2017.