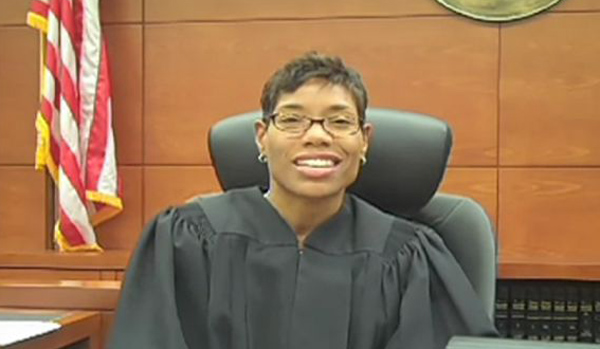 A homosexual judge in Dallas, named Tonya Parker, has boasted how she refuses to marry straight (normal) couples in order to protest Texas not having “gay marriage.” As this sodomite said herself,

I have the power, of course, to perform marriage ceremonies… I don’t. … I use it as my opportunity to give them a lesson about marriage inequality in this state because I feel like I have to tell them why I’m turning them away So I usually will offer them something along the lines of ‘I’m sorry. I don’t perform marriage ceremonies because we are in a state that does not have marriage equality, and until it does, I am not going to partially apply the law to one group of people that doesn’t apply to another group of people.’ And it’s kind of oxymoronic for me to perform ceremonies that can’t be performed for me, so I’m not going to do it.

Where are all the sodomites complaining about “discrimination”? All of the sodomites who attacked Christian bakers and other businesses because of their refusal to provide services to homosexual ceremonies, are nowhere to be found when a judge openly boasts about her refusal to conduct actual and normal weddings. There is only one these sodomites need and that is the Divine Law, under a government that is here “to punish those who do evil and to praise those who do good.” (1 Peter 2:14)

The inculcation of the homosexual ideology is due to the weakness of churches. In ancient Israel, when low class priests reigned, sodomites were also given leeway to conduct their evils and further degenerate society. For after Jeroboam made “of the lowest of the people priests of the high places” (1 Kings 13:33), “there were also sodomites in the land: and they did according to all the abominations of the nations which the Lord cast out before the children of Israel.” (1 Kings 14:24)

This is why the sodomites must be rooted out, for such is what God commands, and failure to do so leads only to spiritual, and then ultimately, to societal anarchy. This command was obeyed by Asa who, doing right for God, rooted out the sodomites:

“And Asa did that which was right in the eyes of the Lord, as did David his father. And he took away the sodomites out of the land, and removed all the idols that his fathers had made.” (1 Kings 15:11-12)

A little Michael Savage will do: