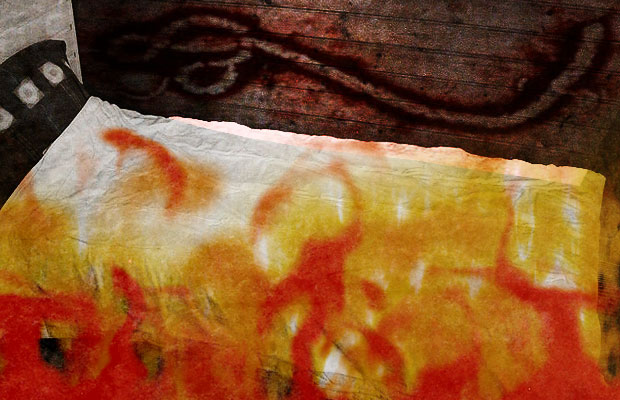 CBS News Channel 10 KFDA is reporting that the CDC removed some 30 barrels from Ebola Patient Zero Thomas Eric Duncan’s apartment on Friday. The items included towels, bed sheets, and not one but three mattresses used by Duncan before he was finally admitted and officially diagnosed with the deadly disease.

Dallas city spokeswoman Sana Syed said that about 30 barrels were filled Friday with items including bed sheets, towels and three mattresses used by Ebola patient Thomas Eric Duncan before he was hospitalized. They were hauled away Friday night.

She said that next, everything else in the house will be disposed of.

Sure they will, you know, when they get around to it.

The Daily Mail is reporting that Thomas Duncan’s girlfriend, one of the family members who have been quarantined, said Duncan’s sweat-stained sheets were still on the bed five days after he was officially — finally — admitted to the hospital.

Duncan’s official Ebola diagnosis, of course, took place on Sunday, September 28th, even though Duncan had previously gone to the same hospital seeking treatment two days before, complaining of Ebola symptoms after his recent trip back from Ebola-ravaged Liberia. The hospital, as everyone knows by now, erroneously sent him home with useless antibiotics in what they have since “regrettably” described as a case of bad communication which they are now blaming on a technology failure.

Following his diagnosis, four of Duncan’s family members were quarantined all week in the same apartment Duncan had been suffering Ebola symptoms such as vomiting in since September 24th… shut up in there with all his germ-infested items for basically a whole additional week under armed guard at the behest of the CDC.

It wasn’t until Friday that the family was finally moved to another location and the first of three phases to clean and sanitize Duncan’s apartment began.

Quick question: at this point, why bother?

That’s right. At this late hour (make that week), what’s the point?

The family members were already forced to stay in that apartment with those 30 barrels of dirty, potentially Ebola-tainted items in that small apartment the whole entire week (after being needlessly around the man for two additional days while he was highly infectious thanks to the Dallas hospital’s “regrettable” communication/technology failure).

We still do not know if Duncan’s quarantined family members are going to come down with Ebola at this point, and we won’t for a while longer, considering that the Ebola incubation period can take up to 21 days and it hasn’t even been two full weeks yet since the man first began feeling ill after coming into contact with a pregnant Ebola victim in Liberia who died of the disease.

If Duncan’s family members were going to get Ebola specifically from coming into contact with Duncan’s dirty linens and mattresses etc., waiting nearly a whole week to actually remove those items and disinfect the place while forcing those people to remain trapped in there with said items practically ensures if they are going to come down with Ebola, they will.

This level of fail actually falls in the same growing box of fail this situation amounts to along with the guys who were spotted wearing zero protective gear as they power washed Duncan’s Ebola-filled vomit off the sidewalk outside his apartment days after he was uncontrollably sick on his way into the ambulance when the CDC and Dallas health officials finally realized that an Ebola patient slipped through their supposedly rigorous medical protocols for two days.

In that same box of fail is the fact that the White House still refuses to ban flights from the African nations considered to be the Ebola hot zone, even though yet another Liberian suffering Ebola symptoms and his daughter were removed from a Newark flight Friday night after they arrived stateside via the same flight plan Duncan did.

Not only that, but the CDC Director actually went on record to illogically claim that if we did ban flights from Guinea, Liberia and Sierra Leone, it would somehow “backfire” and cause more Americans to get Ebola — even though an airplane, the fastest mode of travel commercially available today, is exactly how Ebola Patient Zero got here in the first place.

Yes. The CDC Director — one of the people who is supposed to be looked up to as “in charge” of this situation — actually said that. Watch for yourself.

Again, the entire handling of this Ebola crisis stateside from the get go has been nothing but a bad horror movie script and continues to fail harder and harder as each new day dawns.

When informed of the latest development in the continuing comedy of errors that is our government’s handling of the Ebola crisis which led to America being the first country outside Africa to have someone get diagnosed with the highly infectious, deadly Ebola virus, Daily Sheeple Writer Kimberly Paxton responded, “The stupid — it burns.”