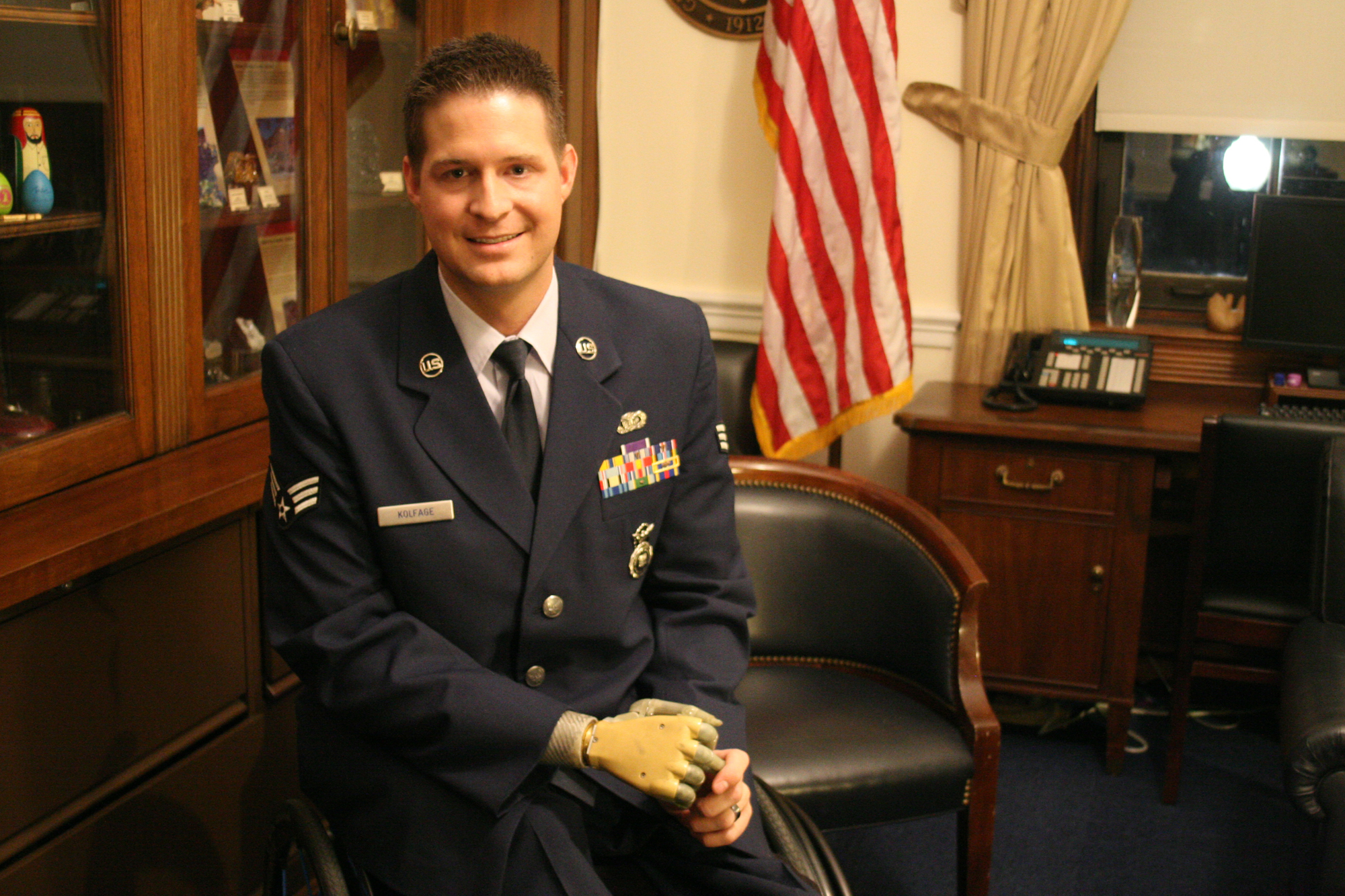 As ISIS has been calling on its supporters in the West to kill the infidels in their homes and places of business, they’ve also upped the ante and called on jihadists to go after military personnel and their families, to go to their homes and slaughter them. Senior Airman Brian Kolfage says they are a paper tiger and are simply attempting to instill fear in people, but are really just issuing empty threats. However, if they are serious, our armed veterans won’t have a problem taking out the Islamists.

The threats by ISIS were responded to with the utmost seriousness by the US Army. Fox News reported:

“While there is no independent intelligence to corroborate the ISIS threats, the bulletin recommends more than a dozen precautions to military personnel to protect their homes — and their online profiles.

‘Given the continued rhetoric being issued by ISIL’s media services and supporters through various social media platforms the ARTIC is concerned of the possibility of an attack,’ the bulletin says. ‘Soldiers, Government Civilians and Family Members are reminded to be vigilant of their surroundings and report suspicious activities to their respective military or local law enforcement.’

One section cites a jihadist tweet calling on lone offenders to use the ‘yellow pages’ and social media to identify the addresses of military families, and to ‘show up [at their homes] and slaughter them.’

A military source familiar with the four-page document said the warnings are taken seriously because increasing the costs of security is a deliberate and strategic goal for Al Qaeda senior leadership – though the Islamic State has split with Al Qaeda.

The Army said in a written statement that protection levels at installations ‘have not changed.'”

“I think it’s just an empty threat,” Kolfage told Freedom Outpost. “What these people want to do is invoke fear. They just shoot their mouth off and that’s what they do best.”

He went on to say that Islamists would be pretty stupid to attempt such things, especially in light of many of our veterans being well armed at home. “Members of our military are trained to fight and trained to kill. Some Islamic wannabe terrorists are not going to be evenly matched up if they’re going to try and do something to a veteran because I’m sure a majority of them are armed and would have no problem taking them out.”

Kolfage expressed agreement with me that we are failing to protect our own borders. Why in the world are we fighting against people who are half a world away when there is an immediate threat in our own back yard? “We’re wasting our resources over there….we’re spending like $10 billion a day bombing them when our own border is wide open,” he said. “They can just come over anytime they want… even someone with Ebola can just walk right through the border if they want. There’s just so many failures going on that might catastrophically bite us in the ass one day.”

Interestingly enough, Kolfage, who is a triple amputee and the most seriously injured airman in US history, obtained his injuries by the very Islamists who are running rampant in the Middle East. On the third anniversary of 9/11, Kolfage stepped outside his tent and was hit by and Islamic jihadist’s rocket.

“They would just launch them at our base randomly,” he said. “I just woke up and walked out of my tent and a rocket just fell out of the sky right on top of me and blew off my legs. This is typical of how they fight too…just fire and run.”

Kolfage said that he doesn’t have a problem with a lot of Muslims, many of which he said have been very friendly to him. He grew up in Dearborn, Michigan, which is considered the Middle East of the West. However, he is not naïve either and realizes that there are those that don’t follow the Qur’an to the letter, while at the same time saying, “Some can be deceiving and conniving… and I just get a bad vibe from some of them. Ultimately, they all follow the same book, but they choose how much of that book they follow and the ones that follow it to the tee are the more hardline Islamists. I don’t think any of their stuff is radicalized, it’s simply fundamental Islam.”

Understanding this is vital to understanding how Islam grows in countries by deceit and silence until it gains a foothold and then you see its ugly face. In the US, we are still being lulled to sleep by stealth jihadists like CAIR, ISNA and various Muslim Brotherhood front groups into thinking Islam is a religion of peace, but it’s not.

I was extremely encouraged to hear Brian point to the fact that for now, we are armed and I for one do hope that some of these wanna be jihadists pick on the wrong person, veteran or civilian and they become an example to all those that are thinking of engaging in the true practice of the teachings of Islam and jihad. If they want to meet their maker, Americans are more than willing to arrange that meeting, and it’s exactly why every American should be armed and trained to use those arms in time of need.