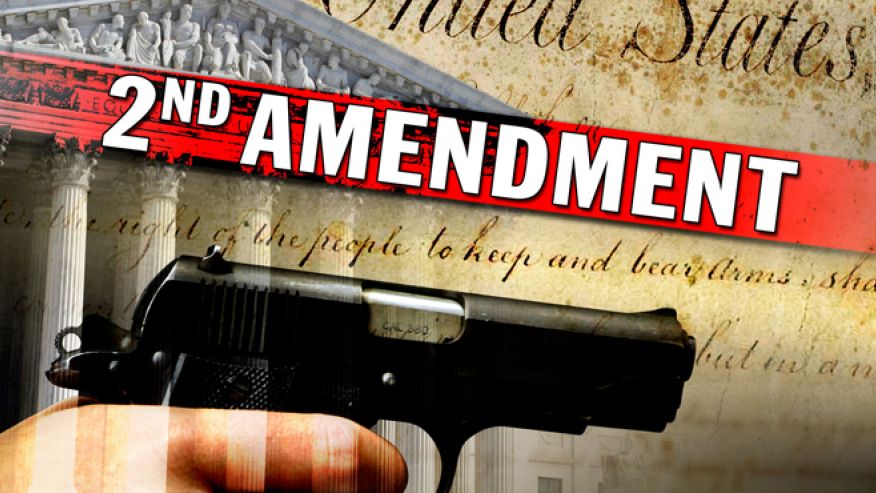 Once again, the right to keep and bear arms has demonstrated that it is a serious threat to the criminal element. By the way, did you hear the one about the four armed robbers who entered a business demanding money, but didn’t realize there would be a fly in the ointment, namely an armed citizen who would stop them? Two of them aren’t on the planet anymore to tell you the story and two of them are on the run from the law.

When the four men decided to do a stupid thing like try and rob the place (Proverbs 2:10-19), an armed patron would have none of it and began firing back at the men, killing two of them. They won’t be joining society for the rest of their lives. Let that sink in real good to any wanna be Jay-Z thugs out there.

“We’re still trying to determine who he is, and why he left the scene,” said Harris County Sheriff’s Sgt. Robert Spurgeon.

The Sheriff’s department is looking into whether or not the gang of four were responsible for a previous strong armed robbery of another gas station earlier in the evening.

Many, like Charles Webb, hailed the patron as a hero saying, “He has his right to protect himself and his family and his friends. It’s just unfortunate something like that happened.”

I agree, it is unfortunate, but men forget about the depravity of their fellow man and instead, choose to think that man is basically good. It’s a good thing that gun owners who carry don’t think that way.

Webb wasn’t the only one who thought well of the armed patron.

Danielle Russell added, “Being a mom, yeah, I would feel safe knowing that he has a gun and he’s going to protect me in a robbery.”

Here’s the irony. The bar, EJ’s Place, had a sign in the window that declared that it was a felony to carry a gun in the bar. I ask you, did that stop the criminals from carrying in the bar? Did it gun confiscation nutballs? Did one of the asinine laws that Feinstein, Schumer or any Texas official passed stop them from bringing his weapon in to terrorize fellow citizens? No, it did not.

Thankfully, the unnamed patron ignored pretended laws and carried his weapon, which he used to defend himself and other patrons of the bar. I’ll add that I do the same thing. If it is considered an unalienable right to keep and bear arms, then no one can tell me where or when I can carry my weapon for defense.

In fact, the patrons were as happy as happy can be. “Everybody in there is just a happy and nice atmosphere and everybody’s real pleasant,” said Webb. “I can’t imagine that happening there.”

Friends, this is Texas. Texas has been known to be a gun friendly state, but liberals have gained ground and they would criminalize the hero in this shootout.

If you have information on the two suspects call the Harris County Sheriff’s Office or Crime Stoppers.