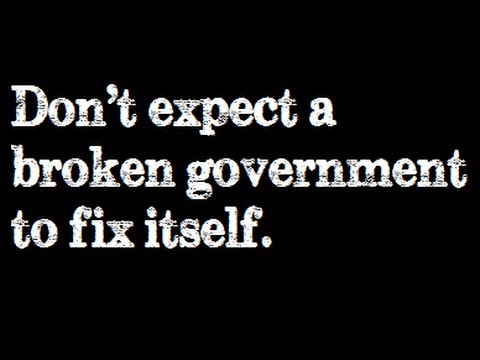 This speech was presented to Campaign For Liberty – Memphis on March 24, 2014. It exposes some of the false claims made by those pushing for the so-called “convention of states“. 1

Below are hyperlinks to the exhibits referred to in the speech. Additional resources are also included.

The one page Chart which illustrates our Declaration, Constitution, and federal system is HERE.

Straight Talk on an Article V Convention from Publius Huldah on Vimeo.

The Congressional Research Service (CRS) Report 2
cited in the speech was dated March 7, 2014. CRS’s revised Report, dated April 11, 2014, is HERE. The Report exposes as false the assurances that the States would be in control of a convention. The Report says:

“Second . . . Congress has traditionally laid claim to broad responsibilities in connection with a convention, including . . . (4) determining the number and selection process for its delegates; (5) setting internal convention procedures, including formulae for allocation of votes among the states; . . .” (page 4) 3

“. . . [In previous bills filed in Congress] [a]pportionment of convention delegates among the states was generally set at the formula provided for the electoral college, with each state assigned a number equal to its combined Senate and House delegations. Some bills included the District of Columbia, assigning it three delegates, but others did not include the federal district. . .” (page 37; see also page 41)

“. . . A related question concerns vote allocation in an Article V Convention. Would delegates vote per capita, or would each state cast a single vote, during the convention’s deliberations, and on the final question of proposing amendments?. . .” [then follows a discussion of different views on this undecided issue] (page 41)

“Article V itself is silent on membership in an Article V Convention, so it is arguable that Congress, in summoning a convention to consider amendments, might choose to include the District of Columbia and U.S. territories as either full members at a convention, or possibly as observers. As noted previously, some versions of the Article V Convention procedures bills introduced in the late 20th century did provide for delegates representing the District of Columbia, although not for U.S. territories . . .” (page 42)

Page 40 of the Report shows there doesn’t seem to be any:

“. . . constitutional prohibition against [U.S.] Senators and Representatives serving as delegates to an Article V Convention. . .”

So! As the CRS Report states on page 27:

“In the final analysis, the question what sort of convention?” is not likely to be resolved unless or until the 34-state threshold has been crossed and a convention assembles.”

Do you see? But by then, it will be too late to stop it. HERE is former US Supreme Court Chief Justice Warren Burger’s letter confirming this. 4

The text of the “parental rights” amendment is HERE. For a discussion showing how Michael Farris’ proposed amendment delegates power over children to the federal and State governments, go HERE.

To see how six of Mark Levin’s so-called “liberty amendments” do the opposite of what he claims, go HERE.

To see – on one page – proof of the original intents of the “interstate commerce”, “general welfare”, and “necessary and proper” clauses, go HERE.

The proponents of a convention portray the States as victims of federal tyranny. But the Truth is that the States voluntarily surrendered their retained powers, and the natural rights of The People, TO the federal government. And they did it for federal funds. Today, States get from 20% (Alaska) to 45.3% (Mississippi) of their State budgets from the federal government. State governments don’t want to rein in the feds! The people who run your State will do anything to keep their federal funds. HERE is the Pew Report.

Our Framers – those who actually signed the Constitution – NEVER said the purpose of amendments is to rein in the feds if they usurp powers. What they actually said is:

HERE are the Articles of Confederation. Note that Art. XIII required approval of amendments by every State.

HERE is the Resolution, made by the Continental Congress on February 21, 1787 (p 71-74), to call a convention to be held at Philadelphia:

“…for the sole and express purpose of revising the Articles of Confederation”.

HERE is James Madison’s letter of Nov. 2, 1788 to Turberville. Copy it to word processing, make paragraph breaks, & highlight it. Madison never supported the convention method of amending our Constitution.

HERE is Joe Wolverton’s article about the Socialists‘ involvement in the push for a convention.

HERE is the screen shot of Jordan Sillars’ comment approving the re-writing of our Constitution.

Article V, US Constitution, provides two methods for proposing amendments to the Constitution:

3 The position Congress has historically taken in this regard is totally consistent with Article I, Sec. 8, last clause, which delegates to Congress power to make all laws “necessary and proper” to carry out the power vested in Congress at Art. V to “call” the convention.

4 Folks! For the sake of your Posterity, you must understand this: After a convention is convened, the delegates can do whatever they want – including coming up with an entirely new Constitution with its own new method of ratification. Chief Justice Burger wrote in his June 22, 1988 letter

“… there is no effective way to limit or muzzle the actions of a Constitutional Convention. The Convention could make its own rules and set its own agenda. Congress might try to limit the Convention to one amendment or to one issue, but there is no way to assure that the Convention would obey. After a Convention is convened, it will be too late to stop the Convention if we don’t like its agenda. The meeting in 1787 ignored the limit placed by the Confederation Congress “for the sole and express purpose. . .”

The federal convention of 1787, which was called by the Continental Congress “for the sole and express purpose of revising the Articles of Confederation”, should serve as a warning: The delegates to the 1787 convention ignored their instructions from the Continental Congress [and from their States]; ignored Art. XIII of the Articles of Confederation which required the States to obey Congress on matters covered by the Articles, and wrote an entirely NEW Constitution with a NEW method of ratification which required only 9 of the 13 States for ratification.

Credits: Many thanks to Devvy Kidd, Blue Tail Gadfly, and M. Craig Elachie, from whom I lifted the very best lines in the speech.