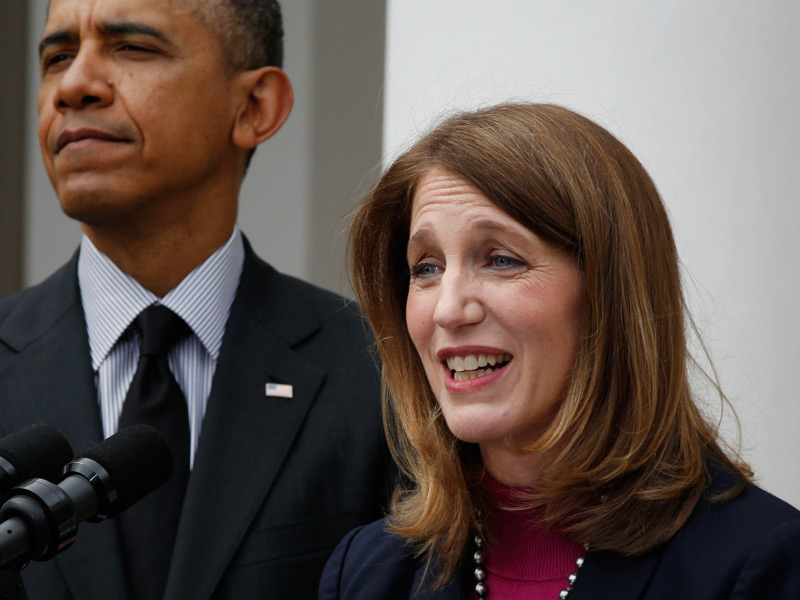 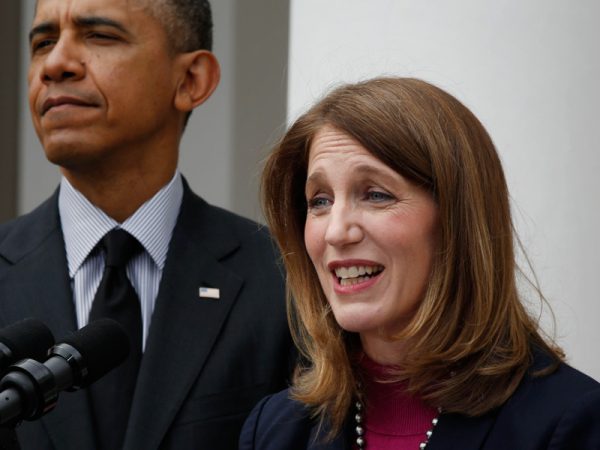 Obama needs to get on the phone to Sebelius and beg her to come back. This is a disaster. We can’t have an HHS Secretary running around and telling people the truth. Can we?

On Thursday Morning new HHS Secretary Sylvia Burwell amitted what many of us already suspect. There may be more Ebola cases in the U.S.

On a side note, doesn’t it seem odd that Sebelius got out just in time to avoid this mess? I’d say the same for Jay Carney. I doubt that the man relished the idea of standing in front of reporters every single day and stating, “There is no Ebola pandemic in America. This is simply a case of workplace virus.”

Maybe it’s just my overactive imagination… They wouldn’t have planned something like Ebola in advance, would they? These folks probably just got lucky and quit at the right time. Everything is a coincidence in Obama’s America. 😉

This morning at a media breakfast, new HHS Secretary Sylvia Burwell was candid about the possibility of other Ebola cases that are likely to spring up in the United States.

Secretary of Health and Human Services Sylvia Burwell said that despite the best efforts of health officials, Americans have to prepare for the reality that there may be more cases of Ebola in the United States.

“We had one case and I think there may be other cases, and I think we have to recognize that as a nation,” Burwell said at a media breakfast hosted by the journal Health Affairs and held at the Washington, D.C. offices of the Kaiser Family Foundation.

Burwell’s comments come as screening of travelers from Ebola-affected countries in West Africa has been stepped up at U.S. airports. On Wednesday, the first patient diagnosed with the virus on U.S. soil died in Texas.

She expressed confidence in the screening process that has already been in place in travelers’ departure cities, but acknowledged that no such system is 100 percent.

I think we’d see 5% as an improvement at this point, Madame Secretary.

If we are to believe several recent reports, there has been no screening at all in place, at least on this side of the pond.

Remember the case of Dr. Gil Mobley? He is the microbiologist who protested in Atlanta last week by writing “CDC is Lying” on the back of his nifty Ebola-ready jumpsuit and walking around the airport. As we reported last week:

Dr. Mobley arrived in Atlanta via Guatemala and claimed the only questions he was asked was whether or not he had any tobacco or alcohol on him — nothing relevant to recent African travel or possible Ebola symptoms.

So we have a potential Ebola pandemic in America and the best we can do is try to bum a smoke and a snort from incoming travelers? Good thinking. If you are in a high risk job of talking to Ebola infected travelers there is no sense in going out sober. Or something like that… The point is that it has been a joke thus far and any improvement is surely too little too late.

You just admitted that Ebola is probably here to stay and in the same breath you are going to talk about how wonderful our new and improved screening system will be?

That’s kind of like admitting that an unstoppable killer is on the loose but we can stall our certain deaths for a little while longer. Americans aren’t buying it. You already dropped the ball and there is no likely recovery at this point. People are going to die and more than likely it will be lots of people. We need to be working on fixing the damage that has already been done and not just acting like we are securing airports and borders now, at this late stage in the game.

We need a lot more than simple prevention at this point.

The virus is here. You just admitted it.

Dr. Mobley is not the only whistleblower that is saying that no screening has been in place.

Ebola is being welcomed with open arms and YOUR GOVERNMENT IS RESPONSIBLE.

We need a workable plan to deal with Ebola and we need those who are responsible for it arriving here to be held accountable. Period.