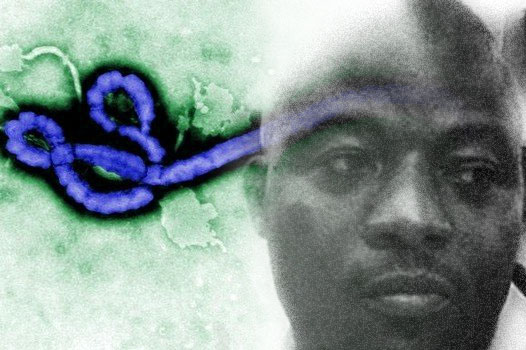 Thomas Duncan, the first person diagnosed with Ebola in the United States, has died.

Many unanswered questions about his case remain.

Did Duncan suspect he had Ebola before he left Liberia?

Did he come to the United States in hopes of obtaining superior medical care in case he became ill?

Exactly what happened the first time he went to Texas Health Presbyterian Hospital in Dallas?

What kind of treatment (if any) was Duncan given when he was finally admitted to the hospital?

Why did an Israeli news source report that Duncan died on Sunday, October 5?

Let’s break down what we have been told about Duncan so far:

September 2: Duncan bought his plane ticket to the US, according to a United Airlines employee, reports GotNews.com:

He had a round-trip ticket, which was purchased on Sept. 2 from an IATA accredited travel agency in Lagos, Nigeria. It appears his ticket was purchased by a company named “Silson Global Business Liberia Ltd.”. His return flight was scheduled to depart Dallas/Fort Worth (DFW) on Oct. 19. The return flight was scheduled for DFW-IAD-BRU-FNA (FNA is Lungi Intl Airport in Freetown, Sierra Leone).

September 4: The New York Times reported that Duncan abruptly quit his job on September 4, a few weeks after his sister visited from the US. He didn’t give a reason for resigning, but he’d been trying to get his visa approved since June. He wanted to see his son graduate from high school in Texas in June. Duncan’s visa wasn’t approved until early September.

September 15:  Duncan helped a very ill pregnant woman named Marthalene Williams get to a hospital via taxi in Monrovia. Williams was convulsing and was seven months pregnant. The hospital turned her away due to lack of space. She died at her family’s home early the next morning – of Ebola.

It is possible that Duncan did not know Williams had Ebola, as she was the first case in his neighborhood. Everyone who helped her assumed her symptoms were pregnancy-related.

September 20: Duncan arrived in Dallas (via three different planes which stopped first in Brussels, then in DC).

Duncan told at least one nurse that he had just arrived from Liberia. But that information was not widely shared, according to Dr. Mark Lester, who works for the hospital’s parent company:

“Regretfully, that information was not fully communicated” throughout the medical team, Lester said. Instead, the man was diagnosed with a low-risk infection and sent home.

Duncan was given antibiotics and sent on his way.

September 28: Duncan went back to the hospital – this time, by ambulance. By then, Duncan was very ill, and vomited all over the place as he was moved to the ambulance. There, he was placed in isolation.

October 4: Duncan started receiving an experimental drug called brincidofovir. The drug has been tested in up to 900 patients in late-stage FDA trials, but for viruses like cytomegalovirus and adenovirus – not Ebola.

That choice of treatment surprised some:

Thomas Geisbert, who helped develop TKM-Ebola, said he is surprised that doctors would choose brincidofovir. To his knowledge, there is no evidence that brincidofovir works against Ebola in animals, said Geisbert, a professor at the University of Texas Medical Branch in Galveston.

“I’ve never heard of this drug being used for Ebola before,” Geisbert said. “tt works in cell culture. That’s great. Lots of things work in cell culture against Ebola,” he said, but then fail to help animals. (source)

Brincidofovir is also being tested as a countermeasure against smallpox, in the event of a bioterrorist attack, reports USA Today.

Over the weekend of October 4-5, Duncan’s condition changed from serious to critical.

October 5: At a news conference in Atlanta, CDC director Dr. Thomas Frieden said Duncan was “quite critical,” having been changed on Saturday from serious. “We understand that his situation has taken a turn for the worse,” he said.

Thomas A. Duncan, who became ill with Ebola after arriving from West Africa in Dallas two weeks ago, succumbed to the virus today (Sunday), reports Reuters. Duncan was fighting for his life at a Dallas hospital on today after his condition worsened to critical, according to the director of the US Centers for Disease Control.

October 7: Hospital officials confirmed Tuesday that Duncan was on a respirator and receiving kidney dialysis. That day, family members were briefed by doctors and were given what seemed like good news – Duncan’s temperature and blood pressure were back to normal and the debilitating diarrhea Ebola had improved.

Duncan was not given a blood transfusion with blood donated by an Ebola survivor, as Ebola patients Dr. Kent Brantly, Dr. Rick Sacra, and Ashoka Mukpo were given.

He was not given ZMapp, as Dr. Brantly and missionary Nancy Writebol were. Supplies of the experimental drug are reportedly exhausted.

He was not given TKM-Ebola, as Dr. Sacra was.

He was sent home from the hospital with antibiotics, despite saying he’d recently been in Liberia.

That two day delay in treatment could have been the difference between life and death for Duncan.

Duncan’s body will be cremated.

Four members of Duncan’s family remain under quarantine until October 19.

Saymendy Lloyd, a family spokeswoman, said Duncan never would have come to the US if he knew he had Ebola:

“He apologized to Louise the day they told him what he had,” Lloyd said Tuesday. “He told her, ‘I’m so sorry all of this is happening. . . . I would not put the love of my life in danger.’ ”

“His suffering is over. My family is in deep sadness and grief, but we leave him in the hands of God. Our deepest sympathies go out to his father and family in Liberia and here in America. Eric was a wonderful man who showed compassion toward all.”