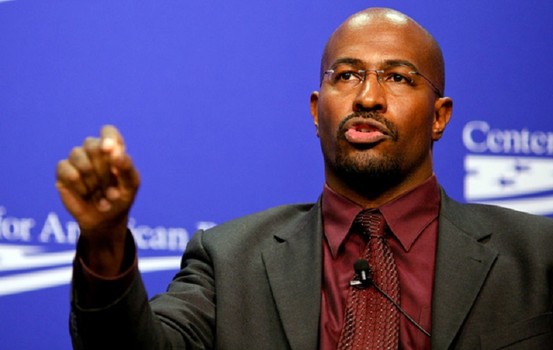 Ebola shouldn’t be a partisan thing, right? But, it looks like the Democrats are trying to make it one. Or at least use people’s Ebola fears to boast their agenda.

Appearing on ABC’s This Week with George Stephanopoulos, former Obama official Van Jones posed that the Democrats should use Ebola in their midterm politicking.

Well, we’ve to get our base going. The other thing too is that we can’t let the Republicans get away with some of the stuff they’re doing this week, just trying to bash Obama. Hey, you know, government is always your enemy until you need a friend. This Ebola thing is the best argument you can make for the kind of government that we believe in. A year ago Ted Cruz shut down America’s government, shut down the CDC over shenanigans. What if that happened this year? You got to start putting the Republicans on the defensive for the fact that they believe that you can take a wrecking ball to America’s government, never pay a price. Obamacare means that 8 million people who couldn’t have gone to the doctor last year, if they feel sick today, they would if they got Obama, they can go see the doctor. The Democrats have got to start talking like that.

It’s an interesting correlation that was previously written about on BenSwann.com.

Seasoned insurance businessman Mike Papadopoulos said he thought that the Ebola panic will be used to increase Obamacare open enrollment, which begins Nov. 15.

“What a better way to get people to join Obamacare than putting an enormous amount of fear about a pandemic breaking out in the United States and needing health care?” said Papadopoulos.

“I would not put it past this administration.” he added.

Listen to the full interview below: