A couple of days ago I posted about a Syrian Kurdish female combatant who shot herself with a last bullet during fighting with militants of the Islamic State of Iraq and Syria (ISIS) so as not to be taken alive.

“KOBANE: ISIS beheads 3 Kurdish female fighters as one blows herself up taking several ISIS fighters with her,” by friendsofsyria (thanks to Conservative Infidel) 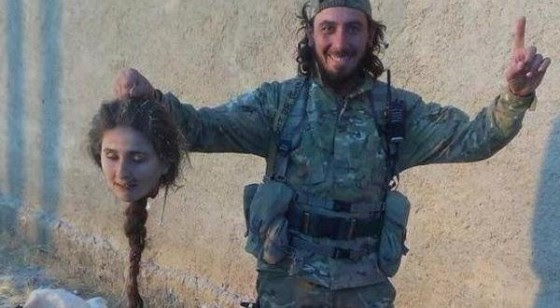 A Syrian Kurd woman, member of The People’s Protection Units (Yekîneyên Parastina Gel – YPG) who was fighting for her family has been beheaded by takfiri terrorist of ISIS in Kobane.

Shia Post According to reports, takfiri killer who shared his photo with head of a YPG’s fighter has been sent to hell by YPG.

The reported advance came despite intense air raids by the US-led coalition on ISIS positions around the strategic town. Kurdish media outlets said coalition warplanes targeted the ISIS militants on the southern side of Mishte Nur and in the nearby village of Halanj as well as Mazraa Dawud, a few kilometers east of Kobani along the Turkish border.

The nearly three-week intense battle for the strategic town of Kobani has forced about 200,000 of people to take refuge in Turkey. The ISIS controls large areas of Syria’s east and north. The group sent its militants into Iraq in June, seizing large parts of land straddling the border between Syria and Iraq. They have carried out heinous crimes in the two countries, including mass executions and beheadings of people. 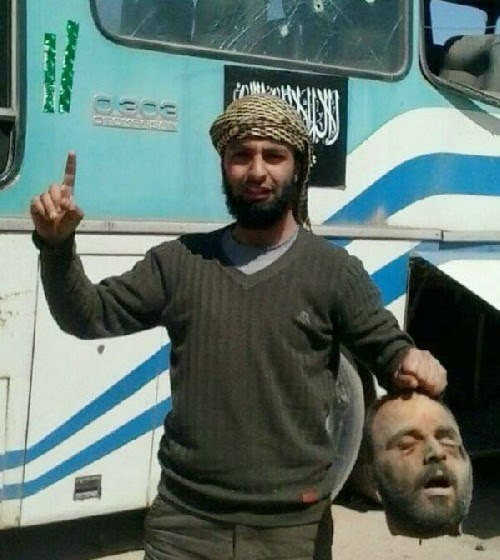 Meanwhile, the US-led coalition has carried out fresh airstrikes against the ISIS positions near the Kurdish town. Local commanders say the attacks have so far failed to stop the terrorist group’s advance. There are fears of a bloody massacre if the border town falls into the hands of the ISIS terrorists. 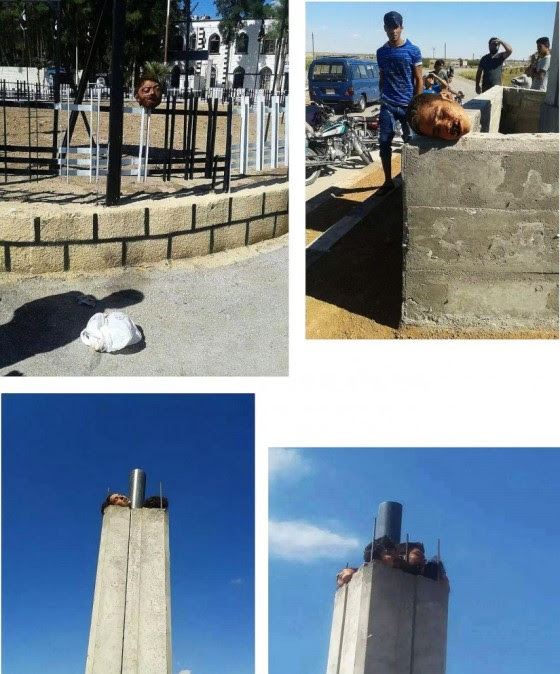 UK Daily Mail A Kurdish woman fighting Islamic State militants carried out a suicide bomb attack to slow their advance on a besieged Syrian town, it was claimed today. Deilar Kanj Khamis, known by the nom de guerre Arin Mirkan, blew herself up at an IS position east of the border town, killing ten jihadists. 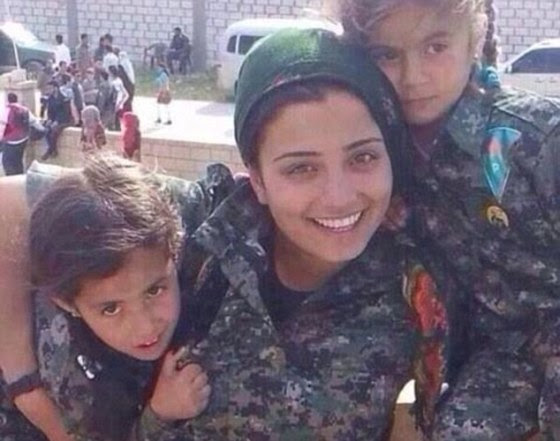 It was the first known case of a female Kurdish fighter carrying out a suicide bomb against IS. According to tributes on Twitter, she was a mother with two children, though this was unconfirmed.

While there is little else known about the woman, she was a member of the Women’s Protection Unit, a branch of the Peoples Protection Units (YPG). The force has more than 10,000 female fighters who played a major role in the battles against the IS group. 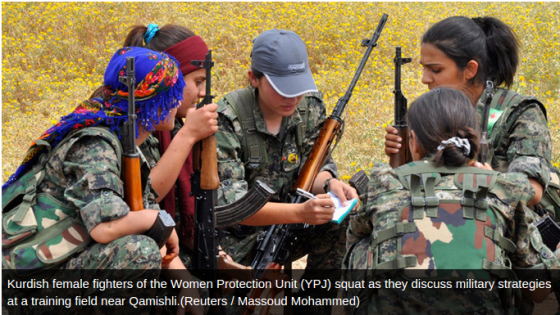 Yesterday the force suggested all of their fighters would martyr themselves if it meant defeating IS and protecting the pivotal border town. A press release from the People’s Defence Unit read: ‘As a result of remarkable resistance by our units on the axes of the city, repelling the invading attacks, 15 of our comrades martyred in action after facing the mercenaries with all the strength.

Meanwhile, the fate of a 19-year-old woman who appeared in a report on female Kurdish fighters has been thrown into question after it was claimed she reportedly took her own life rather than fall into the hands of Islamic State militants. Turkish newspapers reported Ceylan Ozalp was fighting ISIS fanatics near the Syrian city of Kobane – which has a Kurdish majority – when she ran out of ammunition, leaving her facing rape and murder. 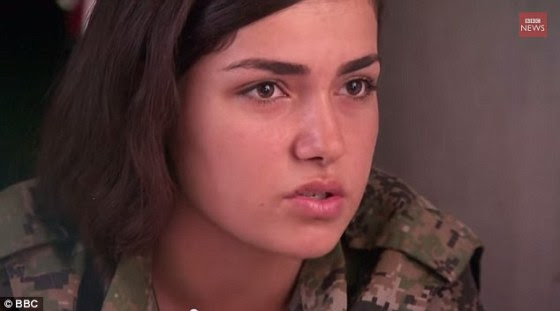 Rather than fall into the Islamists’ hands, Miss Ozalp is said to have used her final bullet to take her own life – calling her colleagues over the radio to say goodbye before killing herself, it was claimed. News of her suicide – which was initially said to have been confirmed by pro-Kurdish politicians in Turkey’s BDP party – have since been called into question however, with several Turkey-based journalists quoting senior Kurds as saying Ms Ozalp is still alive and continues to fight against ISIS.