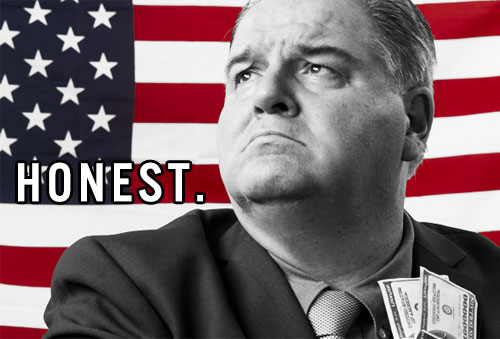 Remember back when Democrat Congressman Jim Moran, U.S. Representative for Virginia’s 8th congressional district gave an interview where he said that Congress is underpaid at $174,000 a year and needs a raise because Americans need to understand that Congress is “the board of directors for the largest economic entity in the world”?

Well, check out what the “board of directors” has been up to.

According to watchdog groups Legistorm and CREW — Citizens for Responsibility and Ethics in Washington — a total of 297 members of Congress have earmarked $3,776,001,807 for organizations that are connected directly to them or to their family members.

For just one example of how this works, check out this research into the conflicts of interest and crony dealings of Dem. Rep. Rosa DeLauro here — and she’s just one example.

Cronyism rules the day in Washington. It’s all about who does the most fundraising. In fact, 91% of the time, it is the candidate with the most money who gets elected. That might be why the people we’re supposedly electing to help run things in this country are more concerned about fundraisers than their constituency and doing their actual their job.

But I guess that’s obvious by now and goes without saying (even though I just said it anyway).

And America just keeps re-electing these people. Despite the fact that Congress had a pathetic 10% approval rating in 2012, a whopping 90% of them were re-elected regardless. As Todd Phillips, founder of LocalElectors.org wrote, ” If ever there was an indication that democracy in American is broken, this is it… Members of Congress enjoy some of the best job security in America — and the least amount of accountability.”

Why do we even go through the rigamarole of having elections? Why keep up pretenses that our system isn’t completely and utterly broken?