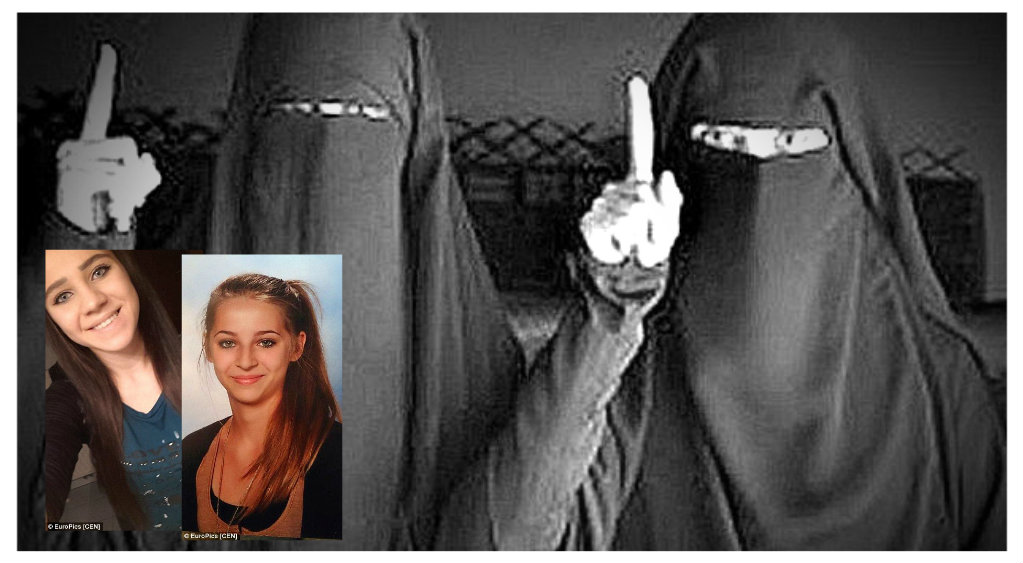 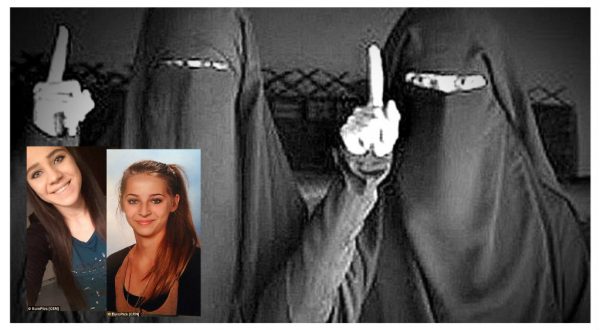 Two Austrian teen girls left home to join the Islamic State earlier this year. For those who don’t remember or were never aware of this story, here is a refresher from The Daily Mail:

Police fear two young girls who fled Austria are inspiring other teenagers to join Islamic State ranks after they successfully fled the country saying they were going to Syria.

Samra Kesinovic was aged just 16 and her friend Sabina Selimovic 15 when the two vanished this year from their homes in the Austrian capital Vienna.

Soon afterwards they posted images of themselves branding Kalashnikov rifles, and in some cases surrounded by armed men.

Now police have raised concerns they are inspiring their contemporaries after two other teenage girls were caught attempting to flee the country to join ISIS ranks.

If being married, pregnant and a long way from home doesn’t inspire others to follow in their footsteps, then what will? Isn’t that what all teenage girls want?

Things have changed dramatically for these two young women. They are now apparently beginning to understand that bad decisions come with consequences.

Evidently life as a real wife of the Islamic State isn’t all it is made out to be because now Selimovic and Kesinovic are reportedly ready to go home.

THE teenage girls who abandoned their families in Austria to become jihadis for Islamic State feel they’ve made a terrible mistake by joining the barbaric lifestyle and they want to come home.

Samra Kesinovic, 17, and Sabina Selimovic, 15, are believed to be married, pregnant and living in the IS-controlled city of Rakka in northern Syria, Austria’s Central European News reports.

According to CEN, the young friends — dubbed the poster girls for jihad — now believe their lives have been turned completely upside down by their new lifestyles.

The change of heart is a much different tune than the note they left behind for their parents when they fled back in April which read, “Don’t look for us. We will serve Allah — and we will die for him.”

Kesinovic and Selimovic grew up in Vienna where they became accustomed to talking to whoever they wanted, saying whatever they pleased and wearing whatever clothes they liked. They did not have to live a life being controlled by people telling them what they can and cannot do.

The urgent question is if they will ever make it home alive. As this story makes it back to their husbands and associates, it is highly possible that they will be disciplined for speaking out.

As for going home? Very unlikely. Apostasy is a crime punishable by death, and divorce is not as readily granted to women as it is to men in Islam, so it is very doubtful that they will ever be allowed to return home, unless their husbands want them to return.

Young people are prone to mistakes. Some are larger than others. In this case, a bout of very bad judgment is something that two beautiful young Austrian teens will likely have to live with for the rest of their lives.

As a father of five girls I can barely imagine what the family is going through. If I were the Father of either of these girls I would be ready to go to Syria and take them by any means necessary. But the world doesn’t always work the way we want. Some mistakes truly are fatal. Let’s hope this is not one of those times.