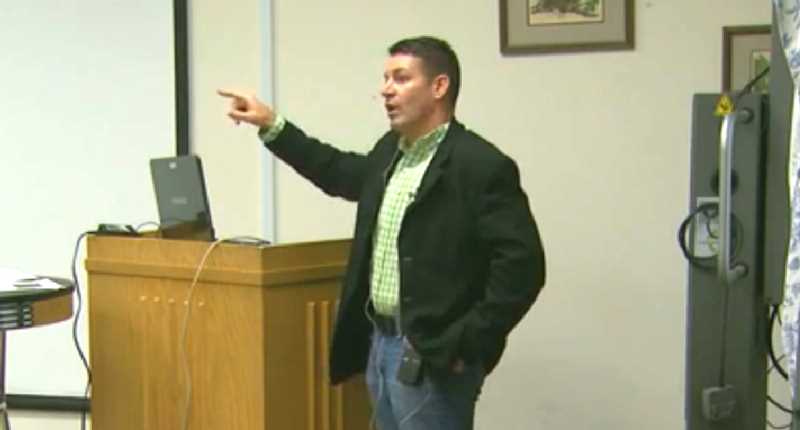 Finally, there are some people standing up and stopping the nonsensical claims that Islam is a “religion of peace” and have stopped referring to those who are actually following the teachings of Mohamed as “radical.” Oklahoma State Representative John Bennett, in the wake of the beheading that took place by Islamist Jah-Keem Yisrael, at a town hall meeting in Muskogee told the people that Muslims could only be trusted if they fully renounce their faith.

“Mohammed’s teaching only teaches one thing,” Bennett told the crowd. “And that’s the violence that we’re seeing today in ISIS and in the beheading in Moore and other places. That is Islam, period.”

One attendee, Tina Kelly, told Bennett that the “sick freak,” referring to Yisrael, is responsible for what he did. However, she added, “I have sweet, Muslim friends who don’t know him, don’t know his religion, don’t identify with him and they don’t like being….having their government say that they’re no better than ISIS and having their Oklahoma neighbors made afraid of them because they’re afraid they’re going to come and behead them.”

Bennett countered her statement by asking, “”Well, let me ask you a question. Where are your nice friends? Why aren’t they here? Why aren’t they out there saying, ‘Hey, we don’t believe in that?'”

He went on to liken the silence of Muslims in the face of Islamic jihad attacks to the Germans in the 1940s and said unless they were openly vocal about renouncing the Islamic faith, they cannot and should not be trusted.

“Do you think every German was a Nazi?” he asked. “No, they weren’t. But what happened with the Nazis was that once they got in power, all those Germans that sat quiet or were scared to say anything had no choice but to follow and support what they were doing.”

“So is every Muslim bad? No,” he continued, “but if they subscribe to Islam and what it teaches, and if they’re not standing up and condemning what Islam teaches, then they’re just going right along with them, just like the Germans did when the Nazis were around.”

While a letter was drafted by Muslim leaders in the United States that denounced the actions of ISIS, and condemned them for their use of Islam in their actions, it falls far short of what Islam actually teaches as we have presented on several occasions (Take a look here, here, here, here, and here). It ignores the very history of the founder of Islam, Mohamed. In fact, noticeably absent from the signatories was the Council on American Islamic Relations, a Muslim Brotherhood front group, who was an unindicted conspirator in the Holy Land Foundation Islamic terrorist funding scheme, which is why they will forever be known as Hamas-CAIR. Yet, the president of the Islamic Society of North America’s name was on the document, along with many others. Keep in mind that ISNA is also after America’s guns. I urge you to read the letter and carefully pay attention to how they ignore the very things pointed out in the links above. These people simply cannot be trusted just as Bennett said.

Furthermore, the fact that Islam all across America is pushing to receive special treatment in public schools, in the welfare state, and the imposition of Sharia law in America. The current criminal administration has even warned American citizens, who would dare speak out against Islam and unmask it for the demonic ideology that it is, that they could be arrested and prosecuted for doing so on social media. That didn’t work out to well for them though, as Tennesseans didn’t take that threat sitting down.

More men like John Bennett need to stand up and openly call Islam what it is. Only then, will people not be deceived into thinking there is such a thing as “moderate” Islam. In the words of Turkish Prime Minister Recep Tayyip Erdogan, “It is unacceptable for us to agree with such a definition (moderate Islam). Turkey has never been a country to represent such a concept. Moreover, Islam cannot be classified as moderate or not. Islam is Islam.”

Keep that in mind America when your leaders tell you the Islamic State isn’t Islamic.