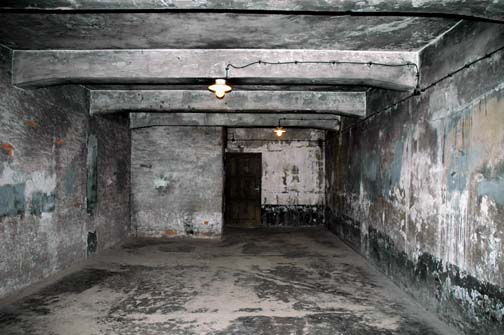 The Turkish head of the physics department at Bilecik University, who proposed to revive the Nazi death camps, a month later was awarded a fund to sponsor his research from Turkey’s state scientific institute.

Obama’s “best bud,” his most favorite and most trusted ally. This is who the current President of the United States stands with.

OT but related: Hitler’s Mein Kampf has been a number one bestseller in Turkey for over a decade.

“The Few Brave Men of Turkey,” by Burak Bekdil

The human rights activists, instead of finding anti-Semitism investigated, may in the end find themselves investigated.

The Turkish head of the physics department at Bilecik University, who proposed to revive the Nazi death camps, a month later was awarded a fund to sponsor his research from Turkey’s state scientific institute.

This summer, a former al-Qaeda offspring metamorphosed into a regular army and captured large swathes of land in Iraq and Syria. It first flagged itself as the Islamic Army of Iraq and the Levant [ISIL], then reflagged itself simply as the Islamic State [IS]. It declared the Islamic caliphate in the lands it captured and has since killed tens of thousands of “infidels,” including, primarily, Shia Muslims. It has beheaded the Western captives it held, declaring them casualties in its jihad against the Christian world. Its methods of imposing Salafism were denounced as “too extreme” even by al-Qaeda.

Against this backdrop, a recent survey by the prominent Turkish pollsters Metropoll found that 84% of the Turks think that ISIL (or IS) “is not acting on religious motives.” Almost a third of the Turks think that the Islamists, with whom they now share a 900-mile border, do not pose a security threat to their country, although ISIL in June attacked the Turkish consulate in Mosul, Iraq’s second biggest city, and took hostage 46 Turks, including the consul general – only to release them recently in exchange of an unknown number of imprisoned militants.

There is a tricky finding in the same survey. Metropoll found out that “only a mere five percent of Turks say they feel sympathetic to ISIL.” The Turks (and the world) should be happy that only a marginal fraction of their countrymen feel sympathetic to a group that kills in the name of a specific interpretation of Islam. What is five percent, after all? Sadly, that is not the case.

If a mere 5% of the Turks feel sympathetic to ISIL, it means there are nearly 400,000 souls residing in Turkey who feel sympathetic to jihadists. And that is too many. If 10% of ISIL sympathizers in Turkey decided to join the jihad, that would mean 40,000 new jihadists willing to fight across the border in Iraq and Syria, or inside Turkey if they think Ankara allied with the West against their Salafist comrades. Metropoll’s survey has revealed, once again, that Turkey is fertile ground for Islamic radicalism.

That is hardly any surprise. Earlier this year, a study by the Anti-Defamation League found 69% of the Turks to be anti-Semitic as opposed to 56% in Iran. More recently, Gonzo Insight, a Turkish research company, found that 27,309 Turks had tweeted 30,926 contents explicitly supporting “Hitler’s Holocaust of Jews.” Not just ordinary Turks, but apparently more important ones. Samil Tayyar, for instance, a member of parliament from the ruling Justice and Development Party (AKP) tweeted, addressing “Jews,” that “may you never be deprived of a Hitler!” Tayyar has never been taken to the disciplinary board of the AKP party, which has governed Turkey since 2002.

In another revealing example, Ali Ihsan Goker, head of the physics department at the Bilecik University, challenged Louis Fishman, an assistant professor at Brooklyn College, City University of New York: “Treblinka will be ready soon. Constructing the railway to transport jews at the moment,” the Turkish professor wrote on Twitter. (Treblinka was a Nazi death camp in Poland, established in the summer of 1942 as part of Operation Reinhard. Under this plan, the Nazis sought to murder all the Jews living in the area of Poland known as the “General Government”.)

Later the same day Goker also tweeted, “if I was PM I would round up the stranded israelis here and send to deportation camp at once”

The Turkish professor proposed to revive the death camps of the Holocaust era because Fishman had written in Haaretz, “However, it seems safe to say that in the wake of the current atmosphere of blatant anti-Semitism, more Jewish families [in Turkey] will be convinced that the time has come to leave, a decision already made by many of the Jewish members over the last decade. If they stay, they are choosing to survive within their own psychological and physical bubble, or to carry on by ignoring the fact that many of their compatriots see them as the enemy.” (July 23, 2014)

What happens if a university professor in a sane country in the year 2014 proposes to rebuild concentration camps to kill “all the Jews?” Indictment for hate speech? Termination of academic contract? Both? In Turkey, the man was awarded a fund to sponsor his research. The sponsorship came, a month after his proposal to rebuild the death camps for Jews, from Turkey’s state scientific research institute.

But Aykan Erdemir, an opposition member of parliament from the social democrat Republican People’s Party, wrote last week: “The fact that there is no sanctioning against anti-Semitic [behavior] reveals the mentality that governs.”

He is right. And brave, too. It is not easy to fight anti-Semitism in a country where there are 400,000 potential jihadists and anti-Semitism is an award-winning virtue.

Another brave group of men is from the Istanbul branch of the Human Rights Association. On Sept. 16, they presented a thick dossier to the ministries of justice and interior, demanding that “the rising anti-Semitism in Turkey be thoroughly investigated.”

In reality, the MP Erdemir and the Human Rights Association are just too naïve. Erdemir, with his case, will most probably cost, not add, votes to his party. And the human rights activists, instead of finding anti-Semitism investigated, may in the end find themselves investigated.

Burak Bekdil, based in Ankara, is a Turkish columnist for the Hürriyet Daily and a Fellow at the Middle East Forum.