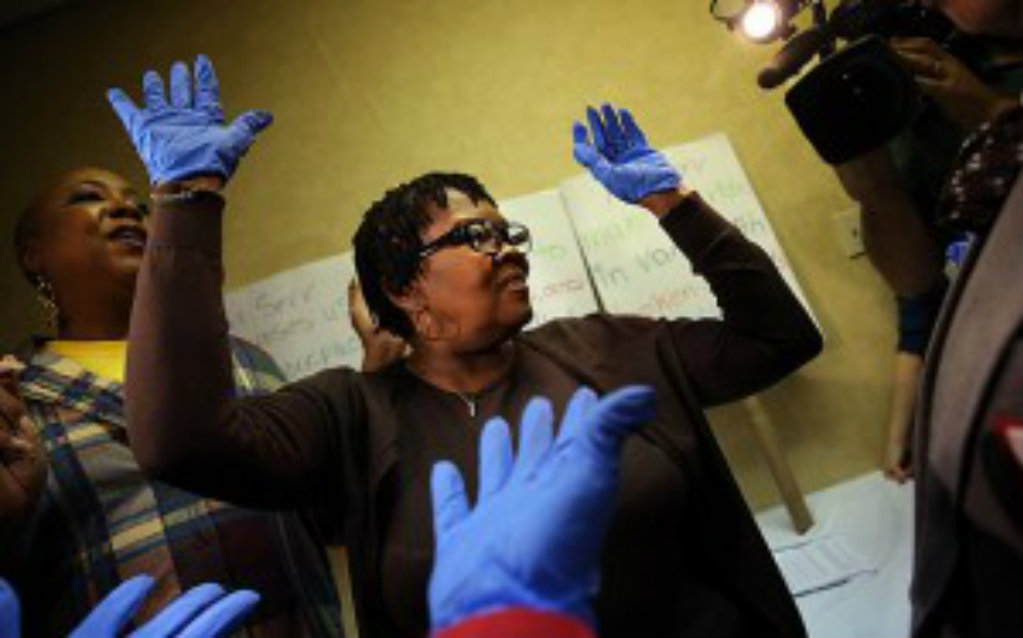 The latest World Health Organization figures reveal that 4033 people have now died from Ebola. The number, which is the count up to October 8th, is showing acceleration in the number of deaths recorded. Experts agree, that with more people being turned away from treatment centers than actually being treated in them, this figure falls far short of the actual number of deaths the disease has caused.

The CDC has predicted up to 1.4 million deaths by January 2015 if Ebola is not contained within the next few weeks.

With governments around the globe trying desperately to prevent Ebola taking hold in their home countries, more and more nations are announcing the isolation of people with ‘Ebola like symptoms’.

Brazil: Fears are growing that the deadly Ebola virus has hit a new continent as a missionary in Brazil undergoes tests for the infection. If the Brazilian case is confirmed, it would mean the disease has spread to South America for the first time.

The suspected patient is a 47-year-old man from Guinea, one of the African countries that have been ravaged by the disease. He has been described in local media as a missionary and he was taken in an air force plane from the southern state of Parana to the National Infectious Disease Institute in Rio de Janeiro on Friday morning. It came after he arrived at a health centre in the town of Cascavel with a fever the previous afternoon.

The health ministry said today that the patient was ‘in good shape’ and his slight fever had now subsided. Minister Arthur Chioro noted that the patient had been in Brazil for the maximum incubation period for the Ebola virus of 21 days. The result of a test for the virus should be available by early Saturday, he said. (source)

The man, 56, has a fever but no other Ebola symptoms, and was in isolation at Prague’s Na Bulovce hospital. Xinhua quoted Valenta as saying. ‘As the only symptom has been fever so far, we hope that it might be another disease, for instance, malaria,’ he said. Adding that all people whom the patient has met since his return are being checked. Hospital sources said the results of tests conducted are expected Friday.(source)

Canada, France, Spain, Moldova, Macedonia, Australia and Germany also have suspected cases under observation. With the winter flu season rapidly approaching hospitals are soon going to be overcome with people suffering from Ebola like symptoms. Many of the Early symptoms of Ebola are similar to those suffered by someone coming down with the flu.

If  medical facilities start to buckle under the strain of people self-reporting for fear that they have the disease, genuine Ebola cases are going to be missed, and that will be the point when localized epidemics will occur.