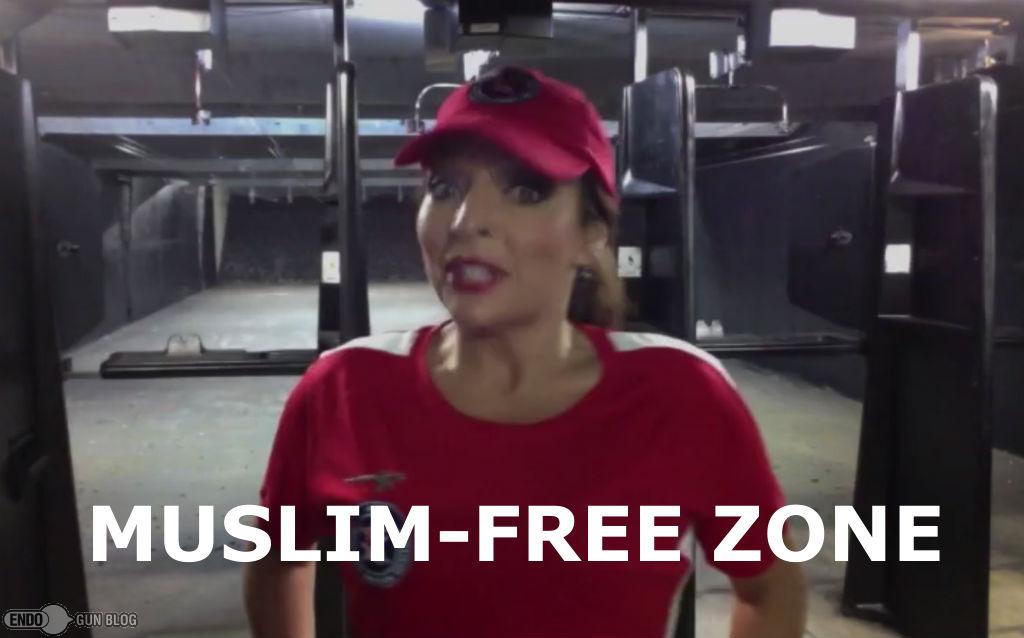 Recently, MailOnline posted an article regarding a gun range owner in Arkansas. The posting wasn’t about a spotless safety record. It didn’t regard the owner’s advocacy for gun rights or the second amendment. They didn’t write about a successful woman who owned small business. No, it wasn’t a feel-good story.

Well, hearing this, CAIR, the Council on American-Islamic Relations, sprang into action. Did they protest her establishment? Did they contact Ms. Morgan to meet with her and try to belay her “irrational” fear? No, of course not.

They did what all radical organizations do in America. They whined to the federal government on the grounds of racial and religious discrimination.

CAIR, the well-known (at least to us) front group of the Muslim Brotherhood with ties to Hamas, asked the “Social” Justice Department, Civil Rights Division, to investigate Ms. Morgan.

As an aside, can we all just stop with the “racist” claims against Muslims? Muslim isn’t a race. There are Muslims of practically every race on earth.

Anyway, Ms. Morgan claims to have good reason for the policy. A recent incident at her range sparked the policy shift. She said that two men entered her facility. They wanted to rent weapons and shoot. “They spoke very little English, and one did not have proof of U.S. citizenship,” she said. Apparently, one of the men must have received a call because she said his ring tone was “Allahu Akbar.” Morgan said, “They were constantly glancing toward the cameras in the range, then looking at each other and speaking in their own language. Their behavior was so strange that it frightened my patrons. No one would enter the range to shoot while they were there. Some of my customers left. I lost business and the people who remained at my facility said they did so out of fear for my safety.” She added, “They come in here and act normal, we don’t have a problem,” but, “since I have no way of discerning which Muslims will or will not kill in the name of their religion and the commands in their Koran, I choose to err on the side of caution for the safety of my patrons.”

She posted on Facebook that, “I’ve been a target of Islamist threats for five years, fully expecting at any time one of them to follow through with the threat.”

Rita Sklar, executive director of the American Civil Liberties Union in Arkansas told Business Insider that the ban is “unconstitutional”. “It’s a violation of the right to religious liberty,” said Sklar.

Okay, I’d like to say this is just how the homosexual marriage/ceremony/wedding cake flap went, but this may be much worse. I don’t think a homosexual couple will behead someone for not making a cake.

Also, I ask Ms. Sklar, brilliant ACLU attorney: just where in the Constitution does it say that a private business can’t deny service or entry to anyone it chooses? Sure, there are federal “Civil Rights Laws” that are based upon nothing – certainly not on the Constitution.

I mean really – how did these lawyers ever graduate law school or pass the bar without even a basic understanding of our supreme law, the Constitution – which trumps all “laws”?

The First Amendment reads: “Congress shall make no law respecting an establishment of religion, or prohibiting the free exercise thereof; or abridging the freedom of speech, or of the press; or the right of the people peaceably to assemble, and to petition the government for a redress of grievances.”

The free exercise of religion or the right to peaceably assemble does not extend to residences and private businesses. It’s not as if I have the right to gather a group of Christians inside an atheist bookstore, assuming there is such a thing, and begin a prayer group. This woman should have every right to exclude Muslims or anyone else.

Whether you agree or disagree with Ms. Morgan’s position is of no account.

These professional “victims” need to get over themselves and find somewhere they are more welcome – period.