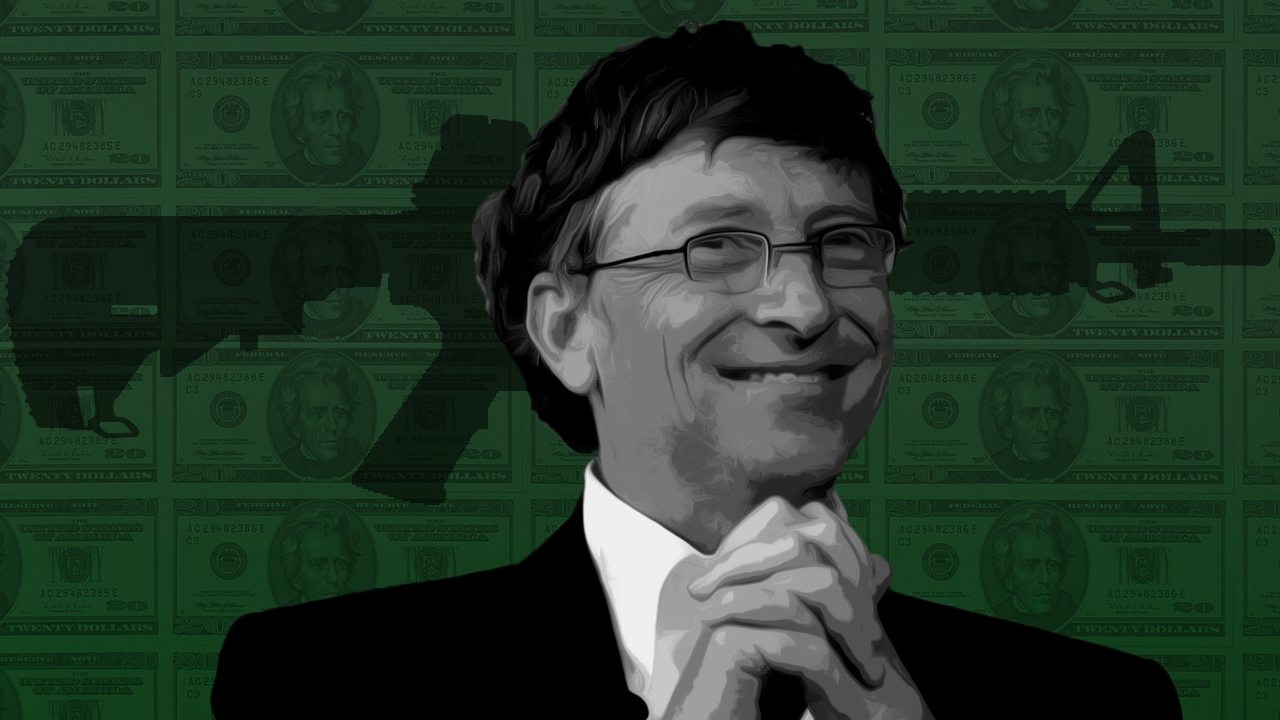 Everyone knows how former Mayor Michael Bloomberg supports a push towards confiscation of Americans’ guns. He’s literally thrown millions of dollars behind various campaigns, started organizations and even gotten politicians onboard with going after guns across America. Now, Microsoft founder Bill Gates and his wife Melinda have given $1 million to start the ball rolling on gun confiscation in Washington State.

It’s not just Microsoft billionaires throwing big bucks at the gun control campaign. Tech venture capitalist Nick Hanauer contributed an additional $1 million, according to the filing, on top of his earlier contributions of $335,000.

All of them are billionaires who can easily afford the six- and seven-figure donations. Gates is the richest man in the world according to Forbes, with an estimated fortune worth $76 billion. Ballmer just paid a record $2 billion to buy the Los Angeles Clippers.

But the contributions by the tech billionaires make up a significant portion of the war chest the group has raised so far. It’s most recent report shows total contributions of $5.8 million.

These contributions are for pushing an initiative on the November ballot that claims it “closes this loophole in Washington State by requiring that private sales and transfers —including those at gun shows or on the internet— go through the same background check process as sales through a licensed gun dealer.”

To break things down quickly, the process will not actually close a loophole. What Initiative 594 will do is force Washington residents to comply with an unconstitutional federal law called the federal Gun Control Act of 1968. Instead of allowing private sales between two law abiding citizens to remain private, it will force them into a gun dealer’s store for a federal background check and then record the sale. No doubt, the gun dealer will also charge a fee, something previously not charged in the sale.

It’s all about control and money.

So what’s wrong with this process, you may ask? Well, as we’ve pointed out before, the federal government has been given no authority (zero, zip, nada) to have any restrictions or oversight when it comes to arms. For defining the terms of arms, I would suggest reading this article on tanks. Therefore, to force citizens to comply with an unconstitutional law is, well, unconstitutional and lawless.

Second, this isn’t just about sales. This will apply to people who want to loan guns to their friends for whatever reason, including hunting, trying out a gun at the range or self-defense.

Imagine you are on a hunting trip and your friend wants to use your rifle instead of theirs, for whatever reason. Under this initiative, if you don’t stop, pack up everything and go to a gun dealer and make a transfer for the few moments your friend will use your weapon, you would be in violation of the law. How’s that for ridiculous?

The big money being funneled into this state initiative is for the brainwashing propaganda campaign that will run up to the November 4th vote.

This is all to control the population and track weapons. Why track them? I think we all know why. There’s only one reason government wants to know why you have guns and what kinds. It’s in preparation to confiscate them.

Just stop and think about that for a second in light of the Obama administration’s Operation Fast and Furious, in which they literally walked thousands of guns across the border into the hands of known criminal cartels without tracking them. Consider the unconstitutional and now criminal U.S. Bureau of Alcohol, Tobacco, Firearms and Explosives are the ones conducting your criminal background check to “permit” you to purchase a gun. Still think it’s a wise thing to promote universal background checks via a criminal and unlawful agency?

According to the site that promotes Initiative 594, “7 out of 10 Washington voters support criminal background checks for all gun sales.”

Frankly, it doesn’t matter if 10 out of 10 support it. The reality is that it will criminalize people for doing exactly what they are doing now and it won’t keep one… not one gun out of the hands of a criminal. But it will pinpoint what law abiding citizen has guns and how many they have.

If you don’t believe me, I would highly suggest reading Stephen P. Halbrook’s excellent work, Gun Control in the Third Reich, on the gun confiscation laws of the Weimar Republic, which led to the later gun confiscation laws under Hitler’s Nazi Germany. The demand for universal background checks like this are an emotional sirens that will not have a pretty outcome. History has already shown us this. The question for Washington State is, are you going to learn the easy way and stand against Initiative 594 or the hard way when you are criminalized for your guns? The choice is yours.