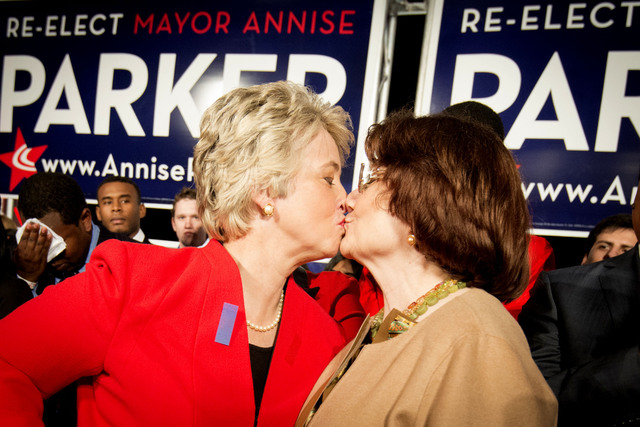 My how times have changed. We have been reporting a lot about how those who speak from the pulpit are scared to tell the truth and how our Pastors may no longer be our friends.

Recently a group of atheists even went so far as to demand that sermons be monitored and, of course, the IRS will be complying with those demands.

In America do we no longer have a right to have a dissenting opinion that might happen to come from a Christian perspective?

These are controversial topics but they must be discussed because the reality is that these are no longer your grandparents’ churches. America’s churches are now largely under Big Brother’s control.

So what happens when a Pastor ignores the suggested script and preaches the truth? Those emboldened to preach the gospel are not exempt from the same intimidation and overreach that the American people now experience on a daily basis.

Todd Starnes reports that the City of Houston is trying to protect its openly gay Mayor and making sure that local Pastors are not rocking the boat:

The city of Houston has issued subpoenas demanding a group of pastors turn over any sermons dealing with homosexuality, gender identity or Annise Parker, the city’s first openly lesbian mayor. And those ministers who fail to comply could be held in contempt of court.

“The city’s subpoena of sermons and other pastoral communications is both needless and unprecedented,” Alliance Defending Freedom attorney Christina Holcomb said in a statement. “The city council and its attorneys are engaging in an inquisition designed to stifle any critique of its actions.”

ADF, a nationally-known law firm specializing in religious liberty cases, is representing five Houston pastors. They filed a motion in Harris County court to stop the subpoenas arguing they are “overbroad, unduly burdensome, harassing, and vexatious.”

“Political and social commentary is not a crime,” Holcomb said. “It is protected by the First Amendment.”

The subpoenas are just the latest twist in an ongoing saga over the Houston’s new non-discrimination ordinance. The law, among other things, would allow men to use the ladies room and vice versa.  The city council approved the law in June.

Have you ever noticed that those who sound the false cry of “separation of Church and State” only seem to do so when they feel that the Church is making progress? They have no problem with “the state” using unconstitutional and immoral control to smother “the church.”

Where were those who sought to confiscate Obama’s files when he made comments about Americans using religion as a crutch?

The City of Houston has no understanding of Free Speech, as protected by the First Amendment, and no regard for the U.S. Constitution.

This action is so far over the line that one does not even know where to begin dissecting such a gross display of overreach.

Yet this is the new paradigm in America. There is a Witch Hunt in Houston but, make no mistake, this time it is the “witches” who are doing the hunting.