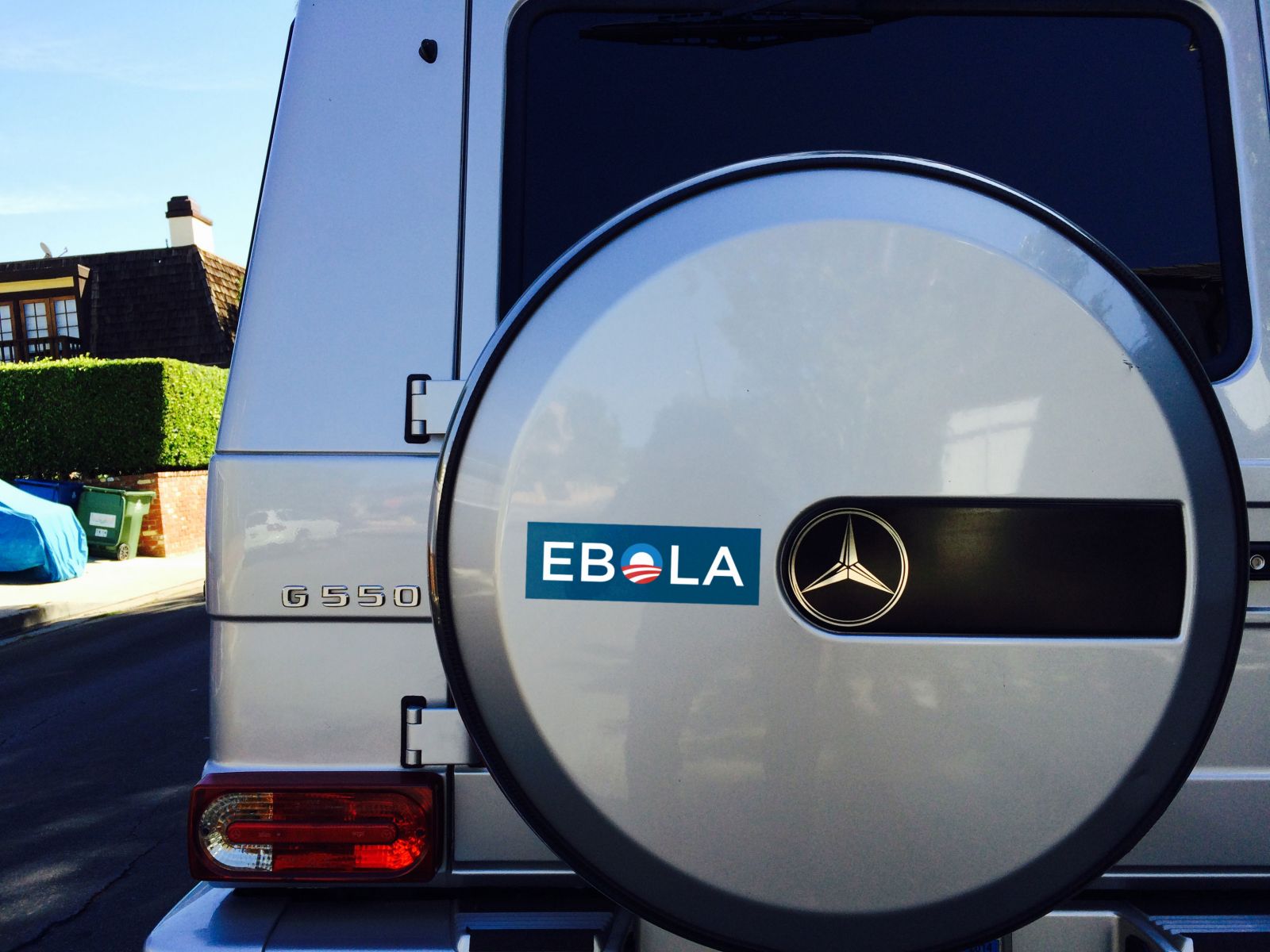 Much of the responsibility for the Ebola crisis that the United States is now facing can be laid squarely at the feet of Barack Obama.  If Obama had banned all non-essential air travel between the U.S. and West Africa, Thomas Eric Duncan would have never gotten on to a plane to this country in the first place.  And if Obama had directed the CDC to get all hospital staff in America some basic training about Ebola, we might not have two infected nurses at this point.  But instead, this Ebola outbreak in America is now officially out of control.  The fact that one of the sick nurses got on to an airplane while she was feeling feverish boggles the mind, and it is creating a tremendous amount of fear all over the nation.  Already, one traveler showed up at Dulles airport in a full hazmat suit.  The White House has announced that Obama has canceled a fundraising trip and will be holding an “emergency meeting” on Ebola.  Hopefully he can start to get a handle on what is going on before it is too late.

News that a second nurse that was caring for Thomas Eric Duncan has Ebola sent shockwaves all over the country.  Apparently those caring for him did not wear hazmat suits for the first two days.  This is such a monstrous error that it is hard to put into words.

The CDC has announced that the second healthcare worker diagnosed with Ebola — now identified as Amber Joy Vinson of Dallas — traveled by air Oct. 13, with a low-grade fever, a day before she showed up at the hospital reporting symptoms.

The CDC is now reaching out to all passengers who flew on Frontier Airlines flight 1143 Cleveland to Dallas/Fort Worth. The flight landed at 8:16 p.m. CT.

All 132 passengers on the flight are being asked to call 1 800-CDC INFO (1 800 232-4636). Public health professionals will begin interviewing passengers about the flight Wednesday afternoon.

If she was showing symptoms, that means that she was contagious.

Isn’t that what we have been told all along?

But CDC director Thomas Frieden, who like Barack Obama was reportedly once a “community organizer”, says that the risk to other passengers on that flight was “very low”…

CDC director Thomas Frieden said she had violated CDC guidelines against anyone using public transport while undergoing self-monitoring for exposure to Ebola. Frieden said Vinson did not report that her temperature had risen a small amount, to 99.5 degrees, before she departed for Dallas. He said her risk to other passengers was “very low.”

How in the world can he say that with a straight face?

She was showing symptoms.

Anyone on that flight could now have Ebola.

And we might not know who has it for quite some time.  According to the CDC, the incubation period for Ebola can be up to 21 days…

The incubation period, from exposure to when signs or symptoms appear, for Ebola ranges from 2 to 21 days (most commonly 8-10 days). Early symptoms include sudden fever, chills, and muscle aches. Around the fifth day, a skin rash can occur. Nausea, vomiting, chest pain, sore throat, abdominal pain, and diarrhea may follow.

A WHO report that was just released says that Ebola can have an incubation period of up to 42 days.

So several weeks from now we might have Ebola cases popping up all over the country.

The Frontier Airlines jet that carried a Dallas healthcare worker diagnosed with Ebola made five additional flights after her trip before it was taken out of service, according to a flight-monitoring website.

Denver-based Frontier said in a statement that it grounded the plane immediately after the carrier was notified late Tuesday night by the Centers for Disease Control and Prevention about the Ebola patient.

In addition, there may already be more cases of Ebola in Dallas.

Shtfplan.com is reporting that the boyfriend of nurse Nina Pham is a potential case.

And CNN has reported that the CDC is “assessing” four additional health care workers at Texas Health Presbyterian Hospital.  Just check out this screenshot.

But in this case, that may be exactly what has happened.

Obama should have ordered the CDC to be all over the first case of Ebola in Dallas.

But instead, CNN is reporting that nurses are claiming that “there were no protocols” for dealing with the Ebola patient…

Also Tuesday, National Nurses United made troubling allegations about the hospital, claiming “guidelines were constantly changing” and “there were no protocols” about how to deal with the deadly virus.”

“The protocols that should have been in place in Dallas were not in place, and that those protocols are not in place anywhere in the United States as far as we can tell,” NNU Executive Director RoseAnn DeMoro said. “We’re deeply alarmed.”

Nurses were told to wrap their necks with medical tape when equipment left their necks exposed; they felt unsupported and unprepared, and they received no hands-on training, union co-president Deborah Burger said.

In addition, it is being reported that at the hospital there was “no one to pick up hazardous waste as it piled to the ceiling” during the treatment of Thomas Eric Duncan.

Soiled sheets and clothing just sat there and kept on piling up.

At this point, the head of the CDC should immediately resign in disgrace. The incompetence that he is displaying is absolutely appalling.

For example, during a single press conference he recently claimed that you cannot get Ebola by sitting on a bus, but that you can spread it by riding on a bus…

Dr. Tom Frieden, director for the Center for Disease Control and Prevention (CDC), said during a telephone press briefing Wednesday that you cannot get Ebola by sitting next to someone on a bus, but that infected or exposed persons should not ride public transportation because they could transmit the disease to someone else.

At this point confusion reigns in Washington.

And they better get their act together soon because we could be on the verge of the worst health crisis in U.S. history.

Some leaders in Washington are already starting to become extremely critical of the “leadership” of the Obama administration and the CDC.  For instance, this week Rand Paul accused Obama of “lying to the American people” about this crisis…

Senator Rand Paul has accused Barack Obama of downplaying the threat posed by Ebola for political purposes, alleging that the President has “failed to show leadership” on the issue.

In an interview this morning with Talk Radio 1210 WPHT, the Kentucky Senator was asked by host Dom Giordano if the Ebola outbreak was morphing into an issue of incompetence and the White House “lying to the American people.”

“It adds to just a litany of things that the President has let us down on and failed to show leadership,” responded Paul. “So, I think it’s one thing after another, it’s not just one issue. The lack of leadership on Ebola, the equivocating, the downplaying, the underplaying, the, sort of, trying to calm everyone with really not being completely frank about the transmissibility of the disease, I think, doesn’t help any of them at the polls.”

Like I said earlier, most of the time Obama’s incompetence doesn’t have immediate dramatic consequences.

But this time it might result in the deaths of countless numbers of Americans.

We have reached a tipping point.  If Ebola is not controlled soon, we could be facing the worst pandemic in modern history.  In fact, the UN says that we only have 60 days to avert an unprecedented global crisis…

The UN says the ebola outbreak must be controlled within 60 days or else the world faces an “unprecedented” situation for which there is no plan.

The United Nations made the stark warning as it warned that the disease “is running faster than us and it is winning the race”.

Nearly 9,000 cases of ebola have been reported so far in West Africa, including 4,447 deaths.

So are Obama and the rest of our “leaders” in Washington up to the task? 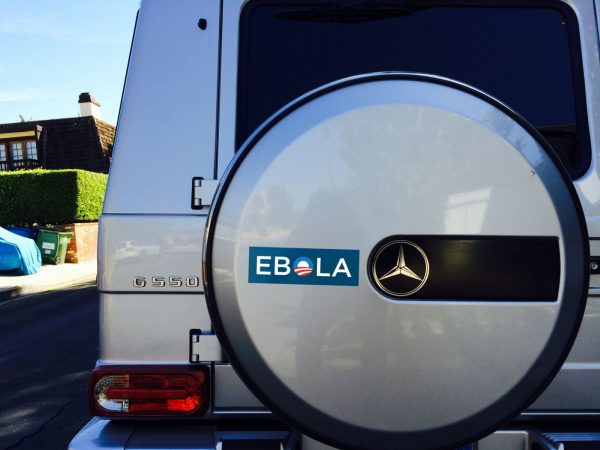