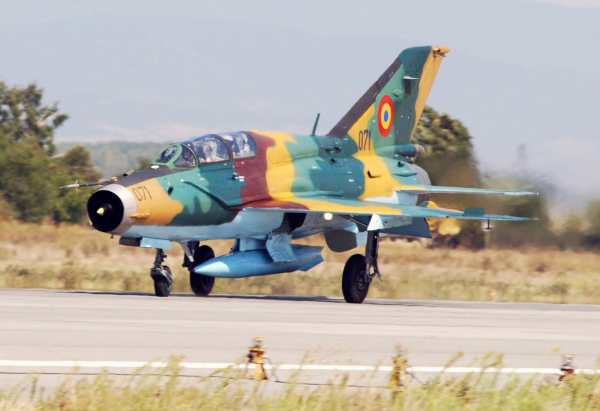 ISIS may now or may soon have a small “Air Force” in Syria.

With increased American and Western intervention in Syria this revelation should not be taken lightly.

For those who do not recall, in early 2013 it was reported that “rebels” had captured an airport near Aleppo, and in doing so had secured a variety of military aircraft:

The Syrian Observatory for Human Rights said rebels seized a military airport in the northern province of Aleppo. In a statement on Feb. 12, the London-based opposition group said the rebels also captured MiG fighter-jets stations at the airport in Jarrah.

“The rebels seized dozens of fighter-jets, most of them MiG-17s, and others that included the Sukhoi and L-39,” Syrian Observatory said.

Western analysts said the statement appeared to refer to the Mi-17 utility helicopter, also used in strikes on rebel strongholds. The L-39 is a trainer and light attack aircraft supplied by the Czech Republic.

Opposition sources said rebels have been trying for more than a year to capture Syrian fighter-jets, particularly the MiG-21. They said the MiGs played a major role in bombing missions of rebel strongholds in northern and central Syria.

I’m confused. Aren’t those supposed to be the good guys? 😉

No matter what you choose to believe about who the good guys are in Syria, it is no secret that the Islamic State has taken weapons from so-called moderates in the past.

Now we have a new report coming out of Lebanon:

The planes, which are believed to be MiG-21 and MiG-23 jets, are capable of flying although it is unclear if they are equipped with missiles, according to the Syrian Observatory for Human Rights.

The jets were seized from Syrian military airports now under ISIS control in the northern provinces of Aleppo and Raqqa, according to the Britain-based group, which has a wide network of sources inside the war-torn country.

It said that former Iraqi army officers who once served under Saddam were supervising the training at the military airport of Jarrah, east of the city of Aleppo.

If these reports prove to be more than propaganda then the complexion of the ISIS conflict, at least in Syria, could change dramatically. Three fighter jets certainly can’t compare to the might of the American military but those jets could certainly do some damage.