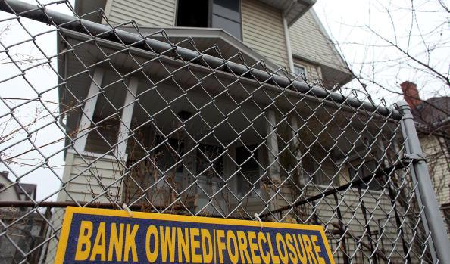 Have you ever considered the legitimacy of property taxes? It’s one thing for the government to take a cut from your income, but there’s something deeply offensive about the idea of property taxes. It’s the idea that you have to pay your local government, year after year for the rest of your life, for something you’ve already paid in full. It’s complete nonsense.

It calls into question whether you even own your property in the first place. After all, do you really own it if you have to keep paying for it? It seems to closely resemble the medieval system of serfdom. The peasants didn’t own the land they worked on. They had to pay a yearly fee for the right to work that land, which went towards the nobles and knights. It was protection money. So at least they had the benefit of protection from the warrior class in those societies. Can you say the same of your local police?

I digress. In reality, you don’t “own” your house or the land it sits on, even if it’s been paid in full. That’s another benefit those peasants have on us. They didn’t have to pay some bank for decades, only to have their land taken from them when they didn’t pay their “yearly fee”. They were never under the illusion that the land belonged to them.

I doubt the people of Detroit have any illusions either. They’re facing an unimaginable crises that threatens to put tens of thousands of residents on the streets. The city government is about to show us once and for all, who really owns the land.

This year in Detroit, there have been 22,000 foreclosures on properties whose owners failed to pay property taxes three years in a row. Of those, 10,000 are estimated to be occupied, meaning this year’s foreclosures are set to oust about 27,000 Detroiters from their homes.

That’s a large number in a dwindling city with fewer than 700,000 residents, but the figures are set to get even worse. In the next couple of months, Wayne County’s treasurer will be serving foreclosure notices on 110,000 more properties, 85,000 of which are in Detroit, according to its chief deputy treasurer David Szymanski. With half of those Detroit properties estimated to be occupied, this means a further 115,000 Detroiters might lose their homes next year.

In a city supposedly trying to attract residents rather than lose them, this means a potential 142,000 Detroiters—one-fifth of the city’s population—will be shown the door within the next year and a half. The city has yet to announce plans for accommodating those who get evicted.

So they’re basically going to evict the bottom fifth of the city in one fell swoop. What kind of country do we live in, where a city can look their citizens in the eye and say “Sorry, you’re not good enough for us. You don’t make enough money to live in the poorest city in America. You’re not rich enough to grace the bottom of the barrel.” They’re really prepared to throw their citizens out on the coldest and meanest streets of America, while their fiscally and morally bankrupt government spends 450 million dollars on a brand new hockey stadium.

That is just wicked.

Somehow I don’t think this is going to end well for the city. I don’t think they’re going to be able oust 142,000 of their poorest and most desperate residents. These people don’t have anything left to lose, and there aren’t enough cops to evict them at gunpoint. If this comes to a head, then the residents of Detroit should prepare themselves for the next major American riot.