Every few years the debate over reforming Islam bubbles up from the depths of a culture that largely censors any suggestion that Islam needs reforming. 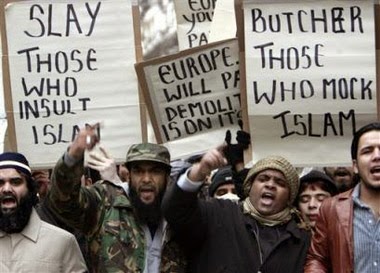 But Islam does not exist apart from Muslims. It is not an abstract entity that can be changed without changing its followers. And if Islam has not changed, that is because Muslims do not want it to.

Mohammed and key figures in Islam provided a template, but that template would not endure if it did not fit the worldview of its worshipers. Western religions underwent a process of secularization to align with what many saw as modernity leading to a split between traditionalists and secularists.

The proponents of modernizing Islam assume that it didn’t make the jump because of Saudi money, fundamentalist violence and regional backwardness. These allegations are true, but also incomplete.

If modernizing Islam really appealed to Muslims, it would have taken off, at least in the West, despite Saudi money and Muslim Brotherhood front groups. These elements might have slowed things down, but a political or religious idea that is genuinely compelling is like a rock rolling down a hill.

Muslim modernization in the West has been covertly undermined by the Saudis and the Muslim Brotherhood, but for the most part it has not been violently suppressed.

It suffers above all else from a lack of Muslim interest.

Muslims don’t spend much time fuming over a progressive mosque that allows gay members or lets women lead prayers. Such places occasionally exist and remain obscure. They don’t have to be forcibly shut down because they never actually take off. The occasional death threat and arson might take place and the average ISIS recruit would happily slaughter everyone inside, but even he has bigger fish to fry.

The best evidence that Muslim modernization has failed is that even the angriest Muslims don’t take it very seriously as a threat. The sorts of people who believe that Saddam Hussein was a CIA agent or that Israel is using eagles as spies have trouble believing modernizing Islam will ever be much of a problem.

They know instinctively that it will never work. Instead Muslims are far more threatened by a cartoon mocking their prophet for reasons that go to the heart of what is wrong with their religion.

Islam is not an idea. It is a tribe.

Talking about reforming the words of Islam is an abstraction. Islam did not begin with a book. It began with clan and sword. Even in the modern skyscraper cities of the West, it remains a religion of the clan and the sword.

The left has misread Islamic terrorism as a response to oppression when it is actually a power base. It is not the poor and downtrodden who are most attracted to the Jihad. Instead it is the upper classes. Bin Laden wasn’t a pauper and neither are the Saudis or Qataris. Islamic terrorism isn’t a game for the poor. It becomes the thing to do when you’re rich enough to envy the neighbors. It’s a tribal war. 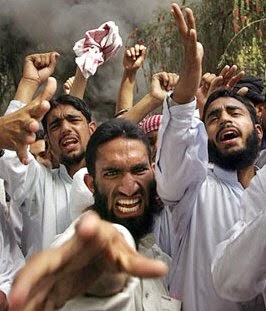 To reform Islam, we can’t just look at what is wrong with the Koran or the Hadiths. We have to ask why these tribal calls for violence and genocide, for oppression and enslavement, appealed to Muslims then and why they continue to appeal to Muslims today.

The modernizers assume that Western Muslims would welcome a reformation of Islam. They are half right. The reformation that they are welcoming is that of the Wahhabis trying to return it to what it was. It’s hard to deny that ISIS touches something deep within Muslims. The gay-friendly mosques don’t.

Understanding Islam only in terms of the Koran makes it seem as if Muslims are unwillingly trapped by a tyranny of the text, when the text is actually their means of trapping others into affirming their identity.

There is no reforming Islam without reforming Muslims. The reformers assume that most Muslims are ignorant of their own beliefs, but even the most illiterate Muslim in a village without running water has a good grasp of the big overall ideas. He may hardly be able to quote a Koranic verse without stumbling over it, he may have added local customs into the mix, but he identifies with it on a visceral level.

Its honor is his honor. Its future is the future of his family. Its members are his kinfolk. Like him, it ought to have been on top; instead it’s on the bottom. Its grievances are his grievances.

The rest is just details.

The progressive diverse mosque is the opposite of this tribal mentality. It is the opposite of Islam. Its destruction of the tribe is also the destruction of the individual. The Western Muslim who already has only a shaky connection to the culture of his ancestral country is not about to trade Islamic tribalism for anonymous diversity. Islam tells him he is superior. The progressive mosque tells him nothing.

Whether he is a Bangladeshi peasant watching soccer matches on the village television or a Bangladeshi doctor in London, it is the violent, racist and misogynistic parts of Islam that provide him with a sense of worth in a big confusing world. That is how Islam was born.

Islam began in uncertain times as empires were tottering and the old ways were being displaced by strange religions such as Judaism and Christianity, when its originators mashed bits of them together and then founded their own crazy wobbly murderous empire built around a badly plagiarized religion.

It was horrible and terrible for everyone who wasn’t a Muslim man, but it worked.

Islam is less of a faith and more of a set of honor and shame responses. It’s a cycle of oppression and victimhood. It’s the assertion of identity by people who see themselves as inferior and are determined to push back by making themselves superior. The responses are familiar. We saw it in Nazi Germany as the defeated nation became a master race by killing and enslaving everyone else.

But it’s not those at the bottom most driven by such dreams. It’s the desert billionaires who have money, but no culture. It’s the Western Muslim doctor who still feels inferior despite his wealth. It’s a merchant named Mohammed with a lot of grudges who claims an angel told him to kill all his enemies in Allah’s name. 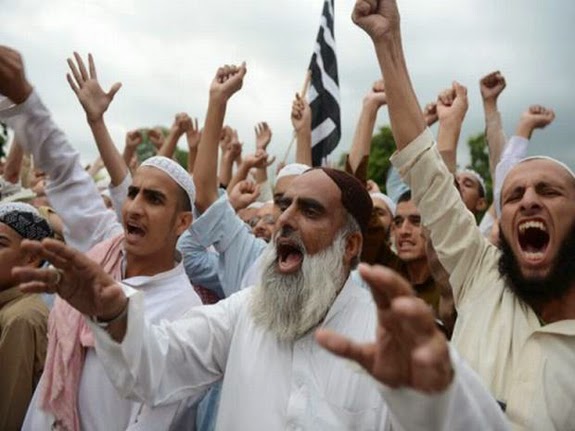 The things that we believe, bad or good, reflect the bad or good inside us. When Muslims support killing people, it’s simplistic to assume that they are robotically following a text and will follow any other text slipped in front of their faces, instead of their passions and values. Religions may make people kill, but it starts when people make religions kill.

The good devout Muslim may kill because the Koran tells him to, but he would not do so if the Koran’s justifications of violence did not speak to him on a deeper level. The Nazis were following orders, but they wouldn’t have followed them if Nazism didn’t connect with their fears, hopes and dreams.

The text is only half the problem. The other half is in the human heart.

Reforming Islam is not a matter of crossing out certain words and adding others. Religions carry a powerful set of values that appeal to people on a deep level. To change Islam, we would have to understand why its ugliness still speaks to Muslims. To change it, we have to change them.

When we talk about reforming Islam, what we are really talking about is reforming Muslims.