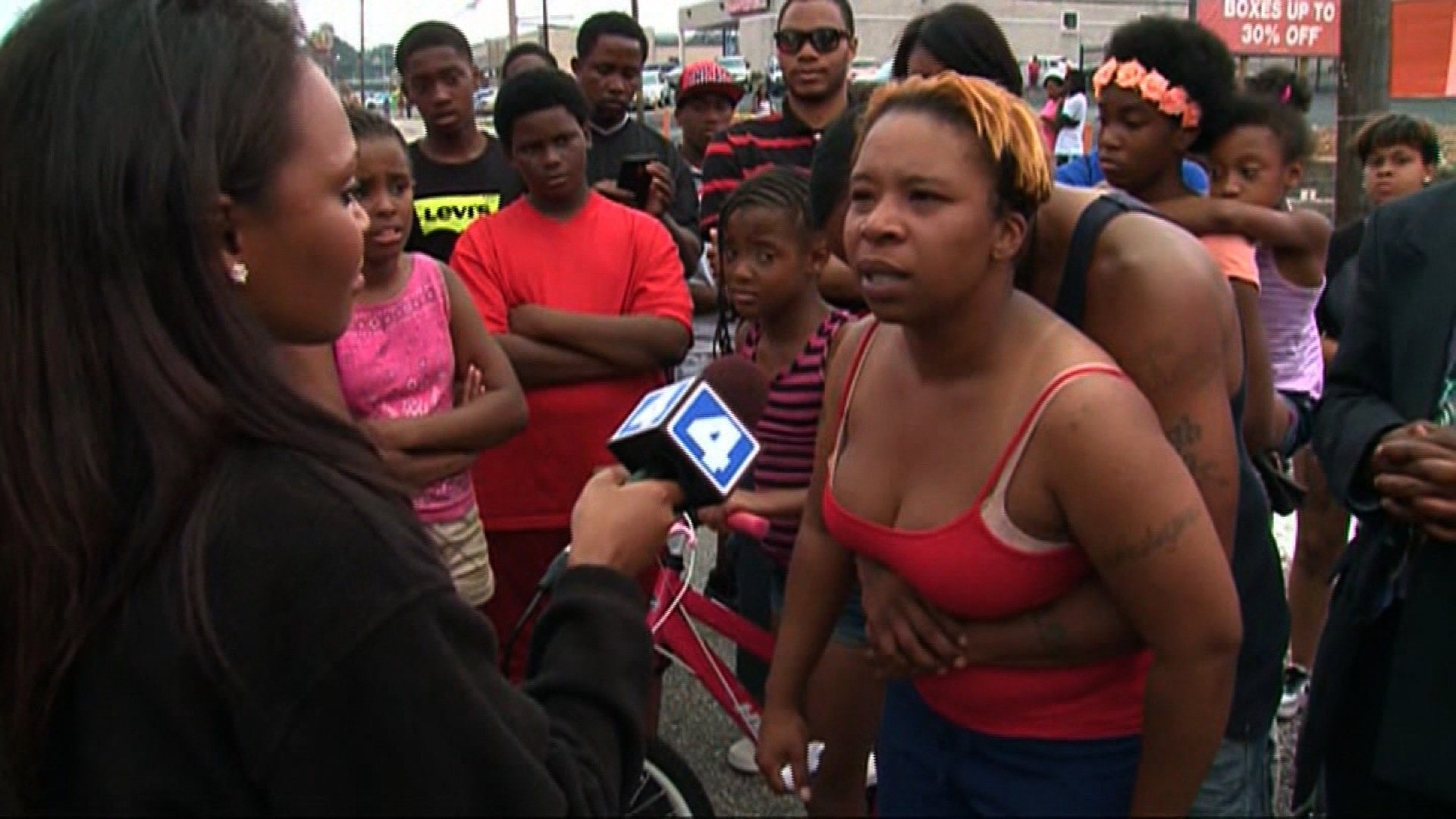 Like many Americans, and media sources, I stopped paying a lot of attention to the happenings in Ferguson just as soon as it looked like Officer Darren Wilson was likely justified in the shooting of Michael Brown. The courts may decide differently, but from my perspective it looks like Brown was a thug and the officer more than likely acted in self-defense.

Editor’s Note: Scroll down to pause or lower the volume on the video.

But new reports have emerged of an incident that was reported to have happened last weekend.

It appears that Brown’s mother, Lesley McSpadden, showed up at a make-shift vendor’s booth that was selling Michael Brown merchandise. The interesting part is that the merchandiser was Brown’s grandmother and Grandma was being assisted by one of Brown’s cousins.

Someone with McSpadden allegedly assaulted the cousin, Tony Petty, with “a metal pipe or pole” and then left with an estimated $1,400.

A local Fox affiliate reported the story earlier this week:

It happened Saturday night, October 18th, at about 8:15 pm in the parking lot of Red’s BBQ.  It`s the corner of Canfield and West Florissant, just blocks from where Michael Brown was shot and killed.

A police report describes a car pulling up and several people getting out.  One of those people, was reported to be Michael Brown`s Mom, Lesley McSpadden.  A witness described McSpadden yelling ‘You can`t sell this s%$&”  One of the relatives, who was selling, reportedly demanded McSpadden show a document proving she had a patent.

The police report says that`s when an unidentified person with McSpadden assaulted Petty so violently that it resulted in a 911 call.  A witness tells Fox 2 that the weapon was a metal pipe or pole.  The suspect reportedly struck Petty in the face.  Medics then took him to Christian Northeast Hospital.  The witness said the assault suspect grabbed merchandise and a box of cash believed to contain about $1,400.

There have been no arrests which might lead some to believe that the person responsible could be another family member or close family friend.

It is being reported that surveillance cameras may have caught it all, so we will wait for more truth to come out in the details. If we have learned anything at all from the Michael Brown case, it should be that things are not always as they first seem to be.

Assuming this happened as Fox reported, I think that most of us would naturally be angry if someone tried to capitalize on the death of one of our children. If those people were family then the anger would presumably be even worse.

However, most people would not resort to theft and swinging metal pipes at family. Keep in mind that it was not Brown’s mother that allegedly did the assaulting and stealing. But it was apparently someone with her that did so.

To a certain extent we are all judged by the company we keep.

If that is the case, the natural question would be…

Did the apple really fall far from the tree in the case of Michael Brown?