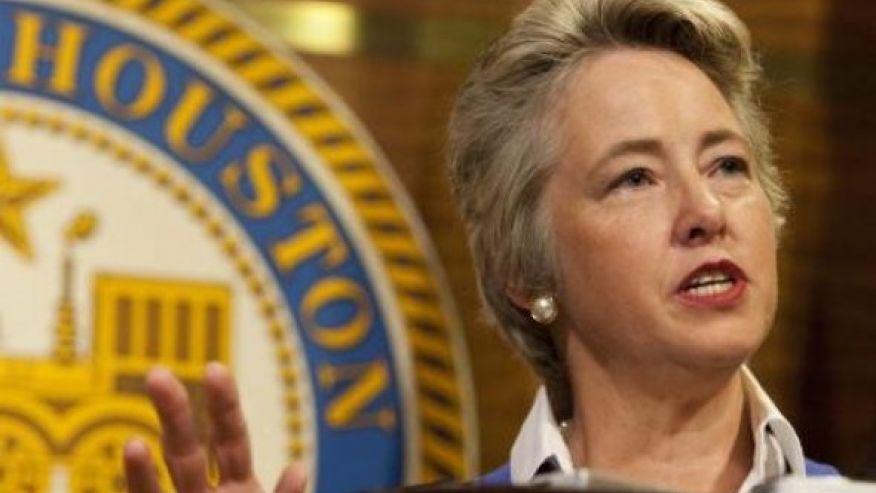 Here is where you begin to see the level of the corruption going on. This is where the cockroaches run and hide as they are exposed to the light. After the city had demanded the sermons and communications from pastors to their congregations, area pastors became very vocal in opposition to city’s demands. Following the offensive measure by American (and pastors throughout the world) to send lesbian mayor Annise Parker sermons and Bibles, the city not only stepped back from their previous subpoena, but is changing its version of the story. Now, the city attorney is claiming that the citizens’ initiative that challenged their wicked “bathroom bill” was never “validated.”

The first thing that shows they are openly lying is the fact that the city secretary gave sworn testimony to the contrary. Why is that important? As we reported previously, the city secretary, Anna Russell, who has served Houston for more than 40 years, is the one the validated the signatures to determine that the petition had met the legal requirements, which it did. In fact, it got three times more signatures than required.

In a deposition of Ms. Russell by Andy Taylor, the attorney for the plaintiffs in the case, she said her understanding was that “that the [city] charter provides that the city secretary determine the number of qualified voters who sign the petition.”

“And based on that understanding, you did that, and the result of your work was that 17,846 signatures had been validated,” asked Taylor. “And that was more than the minimum number necessary, correct?”

However, did the city mayor, council, or city attorney David Feldman come out and claim there was no validation? Absolutely not. Instead, they attempted to discredit over 2/3s of the signatures to get them under the required number and demand that five Houston area pastors turnover their sermons and communications with members.

WND conducted an interview with Taylor. He said that the city’s latest filing was a “‘head fake’ to try to keep the state Supreme Court from intervening and ordering the city to follow its charter and act on the petition.”

He said the city essentially brought up three points – that the Supreme Court doesn’t have jurisdiction because a trial is scheduled in January, that there are disagreements a trial judge needs to decide first and the case needs to run its course through the system because of arguments of time, signatures and other issues.

But, he said, the charter requires immediate action on such petitions, not a leisurely trip through the court system.

He said the violations are ongoing and need to be addressed.

And he said there are no real issues to decide, since the city secretary, as required in the city charter, ruled there were enough signatures on the petition.

In fact, she noted that she only looked through about one-third of the signatures submitted, because the minimum already had been reached, and there was no point in spending more time.

It wasn’t until after she had prepared her report, she said in the deposition, that the city attorney came to her and told her that he had invalidated most of the signatures and that she ultimately revised her report to add that statement.

Taylor told WND that Russell also, in a memo about the dispute, had used the word “certify” regarding the petition signatures.

Taylor said the mayor and city attorney “ought to be ashamed of themselves.”

“Our clients have a constitutional right of free speech, of freedom of religion, freedom to petition government for redress,” he said. “It’s absolutely unbelievable that the mayor in her zeal to defend a ‘gay-lesbian’ ordinance would trample the voting rights of over a million people in Houston.”

In her official report about the petition, Russell said, “As of July 27, 2014, the number of qualified city of Houston voters who signed the petition had been verified with a margin of error.”

It wasn’t until after Russell had verified the signatures that city Attorney David Feldman tried to get her to alter her findings by adding to her report the following:

Additionally, in all of her years of service to the city of Houston, she never had one incident of a city attorney attempting to interfere with her duties.

“She also confirmed she had nothing to do with the affidavit section of the petition and that the scrutiny applied to it was entirely the work of Feldman.”

In the meantime, while city hall is conducting its lawlessness, Christians and Christian pastors, as well as many who are not Christian are standing up and being very vocal about the tyrannical actions of Mayor Parker’s administration, the city council and the city attorney.

Perhaps you are looking to “do something.” Well, how about sending Ms. Parker a response to the city’s lawlessness and actions against its citizens. Here’s her contact information.