“For such are false apostles, deceitful workers, transforming themselves into apostles of Christ. And no wonder! For Satan himself transforms himself into an angel of light. Therefore it is no great thing if his ministers also transform themselves into ministers of righteousness, whose end will be according to their works.”
-2 Corinthians 11:13-15

Mark Gallagher had worked with the Government Liaison Office of the Catholic Bishops’ Conference in Washington from 1974 to 2007. He was mainly responsible for lobbying Congress on abortion and programs for the poor.

In a stunning article for Crisis Magazine, Oct. 22, 2014, Gallagher gives a first-person account that after the Supreme Court’s 1973 Roe v Wade ruling opening the floodgates to the killing of unborn human beings by legalizing abortion in the name of women’s “right to privacy,” Catholic bishops — putting “social justice” before the right to life — made a collective decision not to aggressively warn and inform the laity because they feared doing so would drive American Catholics away from the Democratic Party into the GOP.

Our Lord Jesus the Christ had warned: “Beware of false prophets, who come to you in sheep’s clothing, but inwardly they are ravenous wolves. You will know them by their fruits.” (Matthew 7:15-16)

These bishops have nothing less than the blood of innocents on their hands. They will be called to account for their grave sins before God.

Here is Gallagher’s article in its entirety.

In 1973 the Supreme Court’s Roe v. Wade decision legalized abortion. It was projected that the decision would not just replace illegal abortions with legal ones, but that the total number of abortions would dramatically increase (it turned out by approximately a million a year). It was clear that there were only two remedies: the Supreme Court reversing it; or a constitutional amendment proposed by Congress and ratified by the states to overturn it. This required the election of presidents who would nominate Supreme Court justices not interested in creating constitutional rights to legal abortion, and the election of pro-life members of Congress to confirm the justices, and to propose a constitutional amendment. Elections were the key. How were the bishops to proceed?

The bishops’ conference staff provided two conflicting recommendations. As their pro-life lobbyist, I recommended that the bishops conduct a major campaign to educate and correctly form the consciences of American Catholics to their responsibility to elect candidates who support the Common Good, which is protecting the human life and respecting the human dignity of every person created by God (including the unborn). And those candidates who refused to support the Common Good would be morally unacceptable for public office. The laity’s responsibility included being involved in their political party so that Common Good candidates would be recruited and nominated for office.

The Social Development and World Peace staff at the bishops’ conference disagreed with this approach. They dealt with the economy, poverty, food policy, housing, human rights, military expenditures, and U.S. foreign policy, and felt their goals and prudential judgments were more reflected by the Democrats in Congress. I was told sometime later of their concern thatRoe v. Wade would cause Catholics to seek the protection of the unborn by voting for Republicans (most were pro-life [90+ percent])instead of Democrats (about 2/3rds were pro-abortion then [94 percent now]). This shift in the Catholic vote would necessarily hurt their legislative agenda. So a campaign should be undertaken to convince Catholics that there was justification to vote for pro-abortion candidates. Their view prevailed and they pursued with the relevant bishops’ committeesthe first-ever Catholic voters guide published in 1976, called the “Political Responsibility Statement” (now called Faithful Citizenship). It would be the primary tool to achieve their objective. The document:

(1) Did not call upon Catholics to vote against a candidate who opposed the Common Good by supporting abortion. It cited no intrinsic evil that if supported would render a legislator morally unacceptable for office. And It did not include relevant Catholic moral theology: (a) that the constant teaching of the Church is that there are “certain choices that are always intrinsically evil” (i.e. abortion: … if one could eliminate all poverty in America at the cost of permitting the killing of one innocent person, that cost was too high and morally wrong); and (b) the applicability of proportionalism. According toone authoritative source, it holds that “the moral quality of an action is determined by whether the evils brought about by proposed action are proportionate to the goods the action effects. If the goods effected by the action are not in proportion to the evils caused, then the action is evil, but if they are, then the action is morally good.” First, there are no proportionate goods achieved by the killing of a million unborn each year. Second, voting American Catholics are not faced with any moral evils equivalent to abortion that might warrant voting for a pro-abortion candidate. Voters have never been faced with the dilemma of choosing between a pro-abortion candidate and, for example, a rival candidate that would permit the killing annually of a million citizens through starvation or freezing. Or, by way of another example, Catholic voters do not have to choose between a pro-abortion candidate and a candidate advocating an unjust war that would involve a first-strike nuclear attack on millions of innocent persons. Voting for pro-abortion candidates in America has never been, and still cannot, be justified under the principle of proportionality.

(2) Listed everything they hoped a legislator would support (at least a dozen). This marginalized protecting human life by making it just one of many important issues. The candidate who supported abortion could say (and routinely did), that they supported 90-95 percent of the bishops legislative agenda.

(3) The current voter guide explicitly permits Catholics to vote for candidates who support intrinsic moral evils. It says, “A Catholic cannot vote for a candidate who takes a position in favor of an intrinsic evil” like abortion, “if the voter’s intent is to support that position.” But what if a voter supports a pro-abortion candidate for some other reason? “There may be times when a Catholic who rejects a candidate’s unacceptable position may decide to vote for that candidate for other morally grave reasons.” The moral reasons must be “truly grave,” yet as I have argued, there are no grave moral reasons that trump protecting the unborn. Also would it really be far fetched to imagine that a Catholic voter, following the guide’s exception, might support a pro-abortion candidate because, for example, his position on “climate change” echoes that of the bishops who have said that saving the planet by reducing carbon emissions was a moral obligation?

In addition to this voters’ guide, the national Social Development and World Peace staff, as well as their diocesan counterparts, informed Catholics that there was justification to vote for pro-abortion candidates. This education campaign included workshops to persuade the laitythat it was better to use their vote to achieve a good (helping the poor) rather than to oppose an evil (abortion).

A final step that helped pro-abortion Catholic candidates was the bishops giving them, or permitting them to receive, Communion.Many laity concluded that these legislators’ votes for abortion were morally acceptable, and that Catholics could vote for them in good conscience. Regular reception of Communion in the Catholic Church conveys that the person is a practicing Catholic, in the state of grace, in good standing, in communion with the Church.

All of these actions decreased the number of churchgoing Catholics voting pro-life, and this prevented (and still prevents) achieving sufficient votes to legally protect the unborn.

From a political science perspective the division of the Catholic vote (those voting for pro-life candidates and those voting for pro-abortion candidates) has severely limited if not completely neutralized the effect of the Catholic vote for good. If a significant majority of Catholics were united in only supporting Common Good candidates, as the Jewish community is largely united in only supporting candidates who support the State of Israel, then Catholics would legislatively achieve protection for the unborn and many other goals. When a group can decide the outcome of elections on one issue, then it will command serious consideration of whatever it pursues. The divided Catholic vote has prevented this.

The bishops have continued on their failed course for forty years, with fateful, disastrous results. If the bishops would change course, the legal killing, now at 56 million, could be stopped. The bishops need to teach that: (a) Legislators have the compelling moral responsibility to pursue the Common Good, protecting the human life and respecting the human dignity of every person created by God, born and unborn. And those who do not, are morally unfit for office; (b) “Catholic” legislators who support abortion are not in communion with the Church and they will not be given Communion until they are; and (c) Catholic citizens cannot in good conscience elect legislators who support the killing of the unborn (for there are no proportionate reasons to justify it). 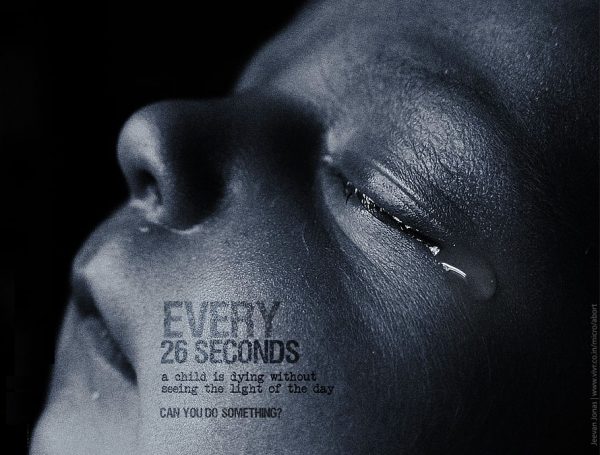