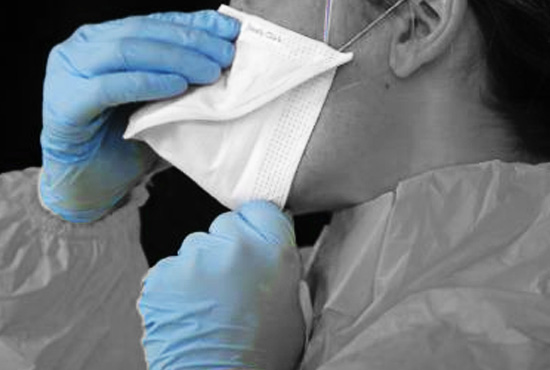 A severely botched Ebola case (which resulted in at least two more cases) has turned a Dallas, Texas hospital into a virtual ghost town, with its ER visits dropping 50% and revenue dropping 25% since it happened. When I called the place, the woman in the ER who answered the phone refused to even tell me what the wait time would be if I showed up in the ER (per what she said was hospital “policy”); must be a new policy, because when ABC News asked a few days before me, they got an answer of “zero wait time” in a hospital where it used to be an hour.

People are realizing that going to the hospital in the case of Patient Zero Thomas Eric Duncan did not make his situation any better and by the second time, only prolonged the inevitable while putting other people in harm’s way.

Why? Because, per the nurses’ own statement on the shocking events that went on in that hospital during Duncan’s care, the facility was not even remotely prepared.

, has detailed a much bigger fear he has than Ebola itself.

Dr. Profeta says that in preparing for any large-scale emergency, the biggest question is always “Will the staff show up?”

He goes on to detail how studies have shown it is housekeepers — the people with the lowest pay who clean the rooms between patients — that hold up patient movement throughout a hospital:

If the rooms on the floor were not cleaned fast enough, then no patients could move from the ER to the floor, and no patients from the waiting room to the ER. ER wait times rose and patient care suffered. Housekeepers handcuffed the entire system, and not because they were lazy. The regulations, protocols and procedures put into place to clean a room are so extensive that rapid room turnover was next to impossible with the current staffing model. That stuck with me. What is the rate-limiting step in a mass casualty scenario or massive patient influx that would handcuff us? Where will all the preparedness collapse? What is the leaking O-ring? What am I afraid will fail?

That protocol and procedure to clean a room has been enhanced in the case of Ebola, and therefore takes even longer to complete.

So if nurses are already calling in sick on this single Ebola patient at Bellevue, why would the cleaning staff — again, traditionally paid the lowest wages at a hospital — risk their lives to show up?

Furthermore, should Ebola breakout at a handful of hospitals or in a handful of cities, forcing multiple hospitals to take on multiple Ebola patients at once, imagine this same scenario of people calling out multiplied across the country.

When Dr. Profeta gave congressional testimony regarding hospital ability to handle mass casualty events, he told them his biggest worry was “the flu.”

“Now, flash forward. I wonder if what I really meant to say was ‘Ebola’,” he wrote. Dr. Profeta continued:

…the trauma from a major incident like an earthquake or terrorist attack is very predictable. All you really need to know is the type of event and the numbers and you almost immediately have a pretty good idea of what to expect.

But a real bad flu? There is no way you can prepare for it. The goal should be to protect your hospital from it.

There ya go. There is no way for a hospital to effectively prepare for Ebola or any real bad flu out of the mouth of an experienced ER doctor who has testified before Congress on hospital preparedness in the face of a potential mass casualty event.

Dr. Profeta lays out what an outbreak scenario would look like at your average American hospital:

Thus my biggest fear has always been a strain of flu that is highly contagious with a high mortality rate. The Spanish-flu mortality rate of 1918 was 2 to 5 percent. Ebola has a 20 to 90 percent mortality rate, but it fortunately is not quite as contagious as Influenza. However, I still keep going back to flu and envisioning an epidemic of the Spanish type that will quickly fill all our inpatient beds, every ICU bed, every ventilator, every outpatient bed, every cot, gurney and chair in the ER and in all the waiting rooms. I’m afraid that a flu virus this aggressive will bring five dying flu victims to our ER each day and dozens more with a real possibility of dying.

This would occur on top of a department that is always operating at capacity and drowning in documentation and electronic medical record bureaucracy. After 30 days in our ER, nearly 150 people will have died, providers will be physically and mentally spent and morale will be at below-despair levels. Multiply it by 20 or so other hospitals in the area and now we are talking about 3,000 members of our community dead in only a single month. The obituary pages of the local paper will be thicker than the advertising section the day after Thanksgiving. Expand that number statewide and nationwide and the numbers become so immense they aren’t even real.

Now imagine a realistic scenario in which the flu vaccine only provides immunity to 50 percent of the recipients. That means that half of our ER staff who are seeing all these patients will have little protection, outside of gowns, masks, and gloves, against a virus that is spread primarily though coughing, sneezing and saliva. Simply put, some of us in the trenches in damn near every ER in America will almost certainly die. It could be me, it could be any one of my partners, colleagues and co-workers and it could be one of our children or a spouse who gets infected when one of us comes home thinking the headache and fatigue they are feeling is simply exhaustion from the workload of the day. Can you picture it?

And this is where people stop coming to work:

Now imagine that huge numbers of hospital staff – from doctors to housekeepers, from food services to registration, from security and parking to transportation will decide not show up. They will call in sick or simply just say: “No, I’m not coming to work today.” In just a few days, human waste, debris, soiled linens, the sick, the dying and the bodies will pile up. We will be overwhelmed and unable to offer much in the way of assistance because the labor-intensive protocols that allow us to safely care for even one patient are just too exhausting. These procedures are barely repeatable more than once or twice of day, and fraught with so many steps and potential for mistake that it becomes too physically and emotionally taxing for the staff to do … so they simply wont show up.

If the protocols are that labor intensive for just one patient, something barely replicable twice a day, what about five patients? Or ten? More?

And the doc says by then he’s not sure he’ll show up either. Why? Because Dr. Profeta is only human. He has a wife and kids to think about, family just like anyone else. But what’s more, he goes on to point out the glaringly obvious:

I also am keenly aware that not a damn thing I do will have any real impact on the survivability of a patient with either the Spanish flu or Ebola. Fluids, rest and prayer is about all there is to offer. There is an old adage that says a hospital is no place for a sick person. I think whoever first said that had Spanish flu and Ebola in mind. [emphasis added]

That’s it. “Fluids, rest and prayer.” A person is either going to survive or not, regardless of what a hospital can do and that’s according to a seasoned ER doctor!

The doctor goes on to point out that it would be much less risky to the entire medical infrastructure of the country and, basically the safety of everyone in general, with home care.

“Why can we deliver the mail, pickup the garbage and recyclables at damn near every house in America, but we can’t pull up a retrofitted UPS van, drop off a mid-level provider in a hazmat gown, let them do an assessment, draw some blood, drop off cans of rehydrating formula to their doors, clean linen, biohazard bags, gowns and gloves for family members, slap a warning sticker on the front door, tell them you will stop by tomorrow and move on to some other location?” he asks.

Good question. It does make a lot more sense to expose as few people as possible to something like Ebola.

He goes on to say, “I know there is a better way than risking the infrastructure of a medical center for the sake of a few patients that will either do OK at home with simple supportive care or die no matter what care I provide.” [emphasis added]

But that’s not something that the media wants to tell you. Yes, the role of nutrition (something our medical doctors don’t really learn that much about, curiously) and the importance of the immune system’s ability to fight off disease has been and will at all times be downplayed by the establishment brought to you by our various industrial complexes. In this case, they want you to run into the arms of Big Pharma at the slightest cough and, oh, don’t forget to get your vaccine after they rush the experimental money maker to market.

Please be sure to keep all this in mind once flu season hits and everyone who has gorged themselves on a steady diet of mainstream media Ebola fear and who has even a slight fever runs screaming to the nearest ER thinking they might have Ebola.