By: Diane Sori and Craig Andresen (RIGHT SIDE PATRIOTS) 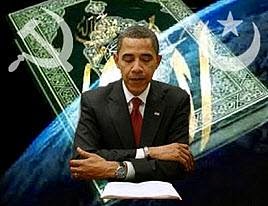 The specter of the Muslim Brotherhood gaining control of an entire nation in the Middle East is again raising its barbaric head but NOT high enough to become radar visible…until now that is.

In this investigative article, we will expose Obama’s planned efforts to once again install his islamic counterparts into the mix. Consider this a ‘make-good’ for losing Egypt to the secular el-Sisi government after the Muslim Brotherhood/Obama led coup toppled Hosni Mubarak from power.

This time the target is Jordan and this time Obama’s doctrine has a decidedly different twist. 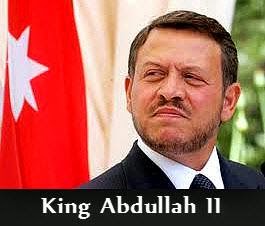 Rather than simply forcing a vacuum of power to be filled by whatever branch of 7th century barbarians who get there first, this coup will have the earmarks of a ‘peaceful’ transition to a more western friendly, more western form of government…something which, unless you know the truth, will be more accepted by the general population.

Rest assured where Obama is concerned…when he has HIS hand in the pot stirring up trouble…the wolf will be far worse and the sheep’s clothing will be far more tailored.

As we pointed out in our co-written series of articles, ‘Israel’s Allies and Enemies: The Truth Exposed…’ published in both ‘The National Patriot’ and in ‘The Patriot Factor’ in August of this year, King Abdullah II of Jordan is on shaky ground, as we exposed his connection to the Muslim Brotherhood along with his anti-Israel stance despite the facade he presents to the rest of the world. 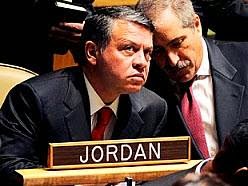 We now know, via our Middle East contacts, that Abdullah’s grip on power is deteriorating more rapidly than we believed just a few short months ago, and we also know that he is in the process of liquidating his assets…essentially selling off his personal and substantial holdings, including a portfolio of real estate holdings and other assets around the world.

Abdullah is sensing the inevitable. He knows his days in power are numbered and…we believe…he knows that he will most likely, before the end of Obama’s dictatorship in 2016, be unwelcome in his own country. Having cash on hand will allow him to live anywhere he chooses in the opulent lifestyle to which he and his family are accustomed.

Now let’s look through this scenario in the terms of three important questions and the most plausible answers.

Answer: According to our inside sources things are happening very quickly to the effect that Jordan’s King Abdullah might possibly fall in 2015…systematically deposed by the Obama administration and very despised by the Palestinian majority. The fact that Abdullah openly would NOT join the war on ISIS up to two days before the war began shows that his American controlled army basically joined the war without his consent and confirms the fact that he is just a figurehead with Obama’s administration pulling the strings. When you are an American controlled dictator and you do something extreme, history teaches us that the U.S. will NOT have a problem letting you go.

And while there are some who believe Abdullah’s rule may possibly last another two years, we believe that Obama will do everything he can to accelerate that timeline. Remember, Obama’s goal is to make sure the caliphate is in place throughout the Middle East while he is still in office.

We also believe that Obama’s timeline for replacing King Abdullah is at most one year and he would prefer to have this accomplished sooner rather than later because he does NOT want this to become a ‘feature’ of the 2016 election, that is unless he can install a new leader in Jordan who can be presented to the public as a moderate as that would provide a plank for his party’s election bid in 2016. Without a doubt such a transition must be complete and take root in Jordan before a pro-Israel Republican takes the White House otherwise the future of the caliphate will be severely compromised.

Second question…how will Obama orchestrate this ‘transition’ on behalf of the caliphate? 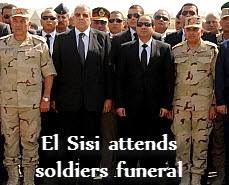 Answer: As usual, Obama will try to divert and deflect our attention away from the happenings in Jordan by forcing us instead to focus on events occurring in the Egyptian controlled Sinai Peninsula. Basically ignored by the Obama controlled media until now…or given a cursory mention at best…is the fact that in the last four days two attacks have occurred in the Sinai where at least 31 Egyptian soldiers were killed by islamic terrorists. The first attack, near the town of Sheikh Zuwaid, happened around 2pm this past Friday when 28 soldiers were killed and 28 others were wounded in what appears to have been a ‘payback’ attack by components of the Muslim Brotherhood for the ouster of Mohamed Morsi. The other three soldiers killed happened in the nearby town of El Arish, when islamic militants opened fire on a military checkpoint.

And the root cause of all this is Egypt’s new secular government, their outward rejection of the caliphate, and their new alliance with Israel. 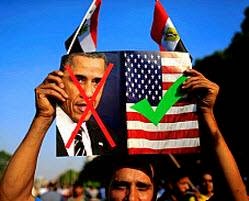 The United States has a long history of choosing and backing new leaders in that volatile part of the world and have used covert involvement by the CIA to accomplish regime change. While these efforts NEVER seem to pan out in the long run, short term goals have nonetheless been achieved. Cases in point include the Shah of Iran, the tenuous backing of Saddam Hussein during the Iran/Iraq War, and the support of Mubarak in Egypt while he was in power. And make NO mistake the CIA and Obama’s hands will be all over the upcoming changes in Jordan including, we believe, a possible offer of refuge here in the U.S. for Abdullah and his family.


Question three…who will be Obama’s hand-picked successor to Abdullah?

Answer: According to our Middle East sources, Obama and the CIA will push for the wrong man for Jordan but the right man for the caliphate after the king leaves. We believe Jordanian-Palestinian Taher Nashat al-Masri will be the Obama regime’s choice to lead a new Jordan. And while biographical information including his positions held within the Jordanian government is plentiful on the internet, al-Masri’s current political ties and allegiances have all but been wiped clean leading one to wonder…why.

What little could be found points to the fact that while al-Masri might appear palatable on the surface because he, like so many others before him who morphed into becoming America’s enemies, al-Masri received his education right here in the U.S….garnering a degree in economics from North Texas University. Upon his return to Jordan, al-Masri joined the Independent Party and worked his way up Jordan’s governmental ranks to eventually be appointed Prime Minister of the Hashemite Kingdom of Jordan by then King Hussein. Serving from June 19, 1991 to November 21, 1991, Prime Minister al-Masri strove to change Jordan’s election laws. During his time in office he also opposed the American invasion of Iraq during the first Gulf War, but fearing that the continued presence of Iranians on Arab soil could instigate incidents of sabotage by islamic fundamentalists, al-Masri switched sides now wanting the Americans to stay in Iraq to help keep the country “out of the hands of the fundamentalists”…which is quite the opposite of where he now stands. 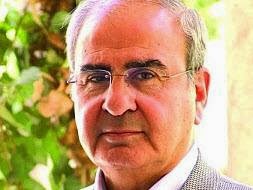 Coming from a rich Palestinian family known for their loyalty to Jordan’s kings and the monarchy, isn’t it strange that Jordan’s ‘supposed’ moderate king can have Israel’s enemies as his closest allies. Also, the al-Masri family itself is a bit too close for comfort to the Muslim Brotherhood, and when he was Prime Minister, al-Masri closely embraced his kings policy of empowering the Muslim Brotherhood. As of today al-Masri continues to have close ties with the Muslim Brotherhood along with being quite unpopular with the Jordanian-Palestinians themselves. While this is NOT a problem for Obama, it must be noted that al-Masri’s close cousin is one of the major share holders of the Arab Bank…a bank which was recently convicted of financing the Hamas terrorist organization. In fact, that cousin testified in favor of the bank at the September trial held in New York.

Also of note is the fact that the al-Masri family had close personal ties to Yassir Arafat and the PLO. And while al-Marsi was serving as the Jordanian Senate Chairman in 2012, the Muslim Brotherhood was in the throes of demanding the king’s government postpone its upcoming parliamentary elections due to unrest within the Brotherhood’s ranks over its planned boycott of the vote…and guess whose side al-Masri supported. 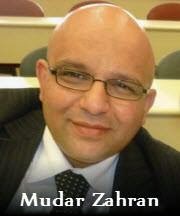 Worth noting is that Taher Nashat al-Masri is a frequent guest at the U.S Embassy in Amman, including at the high profile July 4th celebration held each year. And U.S. Embassy cables show al-Masri to be one of the embassy’s most frequently used ‘sources.’ Now add in the fact that al-Masri is unpopular with the Palestinian majority because he is considered one of the king’s closest allies, and while this is NOT an issue for Obama, it is an issue for the Palestinian-Jordanians because their wanted candidates…candidates such as Mudar Zahran…are being deliberately ignored by this administration.

The deliberate ignoring of Zahran and his people shows that the Obama administration has already decided who Jordan’s next head of state will be. Regardless of the name, know it will be someone who will empower the Muslim Brotherhood and that in turn will have a direct affect on U.S. relations in the Middle East. Such an appointment will also jeopardize Israel’s borders, and with Israel being the only stable and dependable ally the U.S. has left in the Middle East, Israel will now be forced to protect its own borders instead of helping the U.S. keep the terrorists at bay.

Knowing all this, al-Masri could very well be where the caliphate and the New World Order (NWO) blend together and with the addition of the Muslim Brotherhood and ISIS this could create a force that could become insurmountable. And with ISIS now reportedly raking in more than one million dollars per day in oil revenues, and with them wanting a seat at the NWO table they need al-Masri to be a bridge between radical islam and a more stable recognized government such as that in Jordan. And if Obama has designs to ever sit at the head of that table…which we know he does…laying the groundwork by supporting al-Masri would give him the edge in that regard.

And the bottom line to all this remains a delicate balance of power in the Middle East being overturned with the fall of Abdullah. Currently, untold by the media is that Abdullah is becoming increasingly isolated from his own military in addition to the afore mentioned selling off of his assets. Also remember, Obama’s goal is to divide Jordan’s neighbor, Syria, into easily controlled quadrants of sorts where it might become possible to if NOT topple al-Assad’s government in full to at least target and then assassinate al-Assad making Syria then ripe for the islamic picking.

Ultimately, NONE of this is good for American interests at home nor on the world stage, and all this places our greatest ally in the region… Israel…in dire jeopardy. Until the White House is in Republican, pro-Israel, and anti-islamic hands, it will fall to Israel and Egypt to take immediate NO holds barred joint military action, coupled with monetary and weapons appropriations by a Republican controlled U.S. Congress, to diffuse the ticking bomb of World War III.

*Craig Andresen contributed to this article