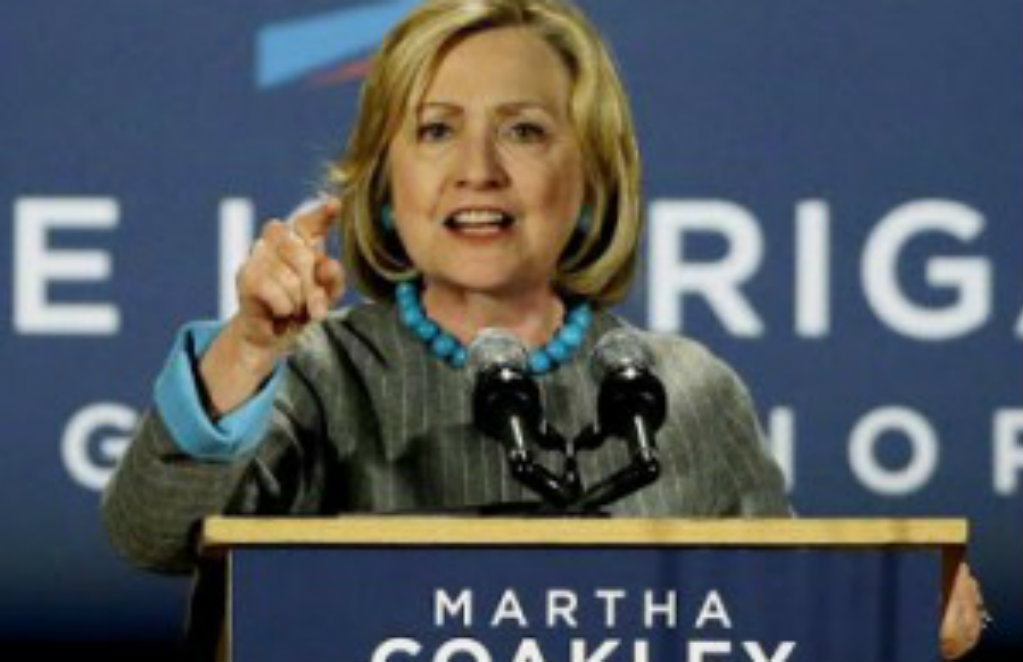 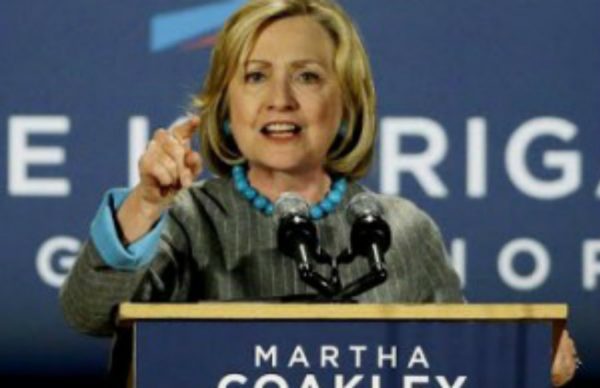 The reigning queen of lying, backpedaling, and political spin is at it again. She really seems to have developed foot-in-mouth syndrome, hasn’t she? Hey, she probably learned from the best – her husband, Bill “I did not have sexual relations with that woman” Clinton.

During that speech, she said this:

In case you missed it (or just need to see it in print, because you can’t believe what you heard), here’s what she said:

“Don’t let anybody tell you that it’s corporations and businesses that create jobs. You know that old theory, ‘trickle-down economics’. That has been tried, that has failed. It has failed rather spectacularly.”

Oh, oops! Wait – Hillary wants us to know that she “shorthanded” that message about job creation. On Monday, she spoke at a campaign event for New York Rep. Sean Maloney (a former aide to President Bill Clinton). At that event, she backpedaled:

“Let me be absolutely clear about what I’ve been saying for a couple of decades: Our economy grows when businesses and entrepreneurs create good-paying jobs here in an America where workers and families are empowered to build from the bottom up and the middle out — not when we hand out tax breaks for corporations that outsource jobs or stash their profits overseas.”

I think I get it now. Is this sort of like when, back in June, Hillary told us she was “dead broke” when Slick Willie’s presidential reign ended? After public backlash over that comment, Hillary appeared on Good Morning America and explained what she REALLY meant:

“Bill and I were obviously blessed. We worked hard for everything we got in our lives … So for me it’s just a reality what we faced when he got out of the White House, it meant that we just had to keep working really hard.”

Oh, okay – right. Because being “dead broke” and being “blessed” are the same.

@jtLOL @maggiepolitico When Obama does it, we say he "went off teleprompter". What's it called when Hillary does it?

@jtLOL @maggiepolitico She meant to say that at a pitch only Liberals can hear.

Hillary now says she didn't mean to say corporations and businesses don't create jobs. What, did Goldman Sachs call and ask for a refund?

Perhaps Hillary should pay attention to what intelligent people who actually understand job creation and the economy say.

She can start with this quick discussion John Stossel had with former New Mexico governor Gary Johnson and the Ayn Rand Institute’s Yaron Brook:

Hillary could definitely learn a thing or two about job creation from the brilliant Dr. Ron Paul as well:

Even if, like me, you think most politicians are bumbling buffoons who wouldn’t recognize the truth if it strutted up and bit them on the behind, you have to admit things like this are disturbing because people actually VOTE for these knuckleheads (oops! I think that’s Michelle Obama’s favorite insult).