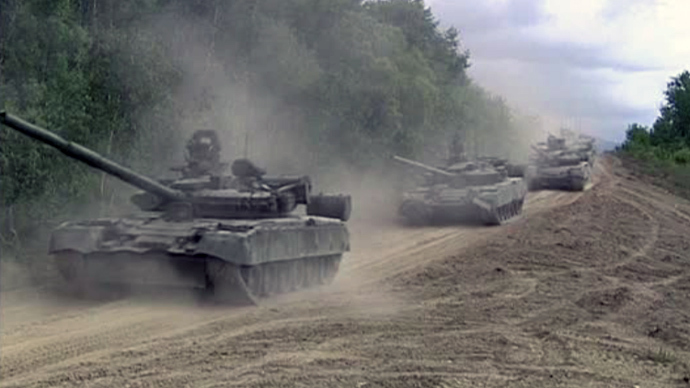 The following information comes exclusively from my confidential sources as well as European news agencies. Do not expect to be informed, in detail, by the American media, about the unfolding crisis taking place in Europe. The American media is intent on promoting the Ebola hype as a prelude to installing complete medical martial law. Nothing can be allowed to break the concentration of news reports designed to promote an obsessional fear regarding the spread of Ebola with the goal of placing the U.S. under medical martial law. Martial law, in the U.S., is a prerequisite condition in order to force America to accept the coming world war. Therefore, the preconditions which will plunge the nations of the planet into World War III will go largely under-reported in the United States until the last moment.

Yesterday, I reported that Putin has been aligning his new military allies in India, Brazil, Bolivia, El Salvador, Cuba, Bolivia, Ecuador, Nicaragua, China, and even in South Africa in attempt to force the U.S. to prepare for a Red Dawn scenario here at home in the event that hostilities break out. This was Putin’s version of “Plan B” as he obviously was anticipating the loss of control over Ukraine.

After the pro-Western forces prevailed in Ukraine’s recent election, Putin wasted no time in putting an approximate 60% embargo of Russian oil and gas shipments into Europe, via Ukraine. An embargo, much like a blockade is an act of war. And war is largely where this present situation is headed.

Gas prices are quickly rising in London. Britain’s energy prices have already soared 18% as of this morning with the announcement that Putin is placing an embargo of energy Russian energy shipments into Europe. It is estimated that Europe gets anywhere from 25% to 33% of its energy needs from Russian sources, much of it via Ukraine.

With the onset of cold weather, Bulgaria has already reached a ‘crisis’ point with regard to supplying energy to its people. Many nations in Europe are now in crisis mode.

It is safe to say that Putin’s response to the Ukraine elections, which favored pro-Western interests, has succeeded in plunging the continent into an energy crisis.  This morning, Romania, Bulgaria, Macedonia, Greece, Turkey and Croatia are reporting the enactment of desperate energy saving measures due to the devastating embargo of Russian gas shipped via Ukraine today. These nations have almost no energy reserves.

Major shifts in policy are being witnessed within a mere 24 hours of the enactment of the embargo. Croatia said it was temporarily reducing supplies to industrial customers while Bulgaria said it had enough gas for only ‘for a few days’.

Britain only has an energy storage buffer estimated to be about 16 days of energy demands. What lies beyond 16 days under the present set of circumstances? The coming Britain reduction in energy usage will be imposed through rationing and denial of service to non-essential entities and service. In contrast, Germany has 77 days of energy reserves and France has 88 days. However, none of these nations have enough energy reserves to get through the winter.

Britain, France and Germany are luckier than most European nations who have almost no energy reserves and are very dependent on Russian gas exports sent through Ukraine.

Putin Is Under Enormous Pressure At Home

The Russian energy industry has grown to monumental levels. The Russian gas and oil industry, much like in the United States, is very intertwined with the military industrial complex of their nation and with their nation’s banking interests.

If Ukraine leaves the Russian empire of influence and eventually joins the European Union, as the recent Ukrainian election results would suggest, Putin’s days as the leader of the Russian Federation are numbered.

Putin Is Governing Out of Desperation

The coming European winter, and the accompanying seasonal European energy needs, makes every European winter day a “Black Friday” shopping day, every day, for the Russian gas and oil industry. These Russian industries cannot afford to lose Ukraine as transporter of Russian gas and oil for very long. The energy moguls of Russia will likely tolerate Putin’s energy embargo on Europe for a short while in an attempt to leverage the West into backing off of their absolute control of Ukraine’s political future.  However, Putin knows that the Russian energy leaders and affiliated bankers will not wait very long to see results.

Even if the Russian energy interests were to allow Putin unlimited time to let the consequences of the embargo play out, NATO, on behalf of the impacted European nations, will not let this go on for very long as many NATO nations will be brought to their knees before Thanksgiving and all will be irreparably damaged by Christmas.

According to Russian Defense Minister, Army General Sergey Shoigum, Russia will be very active in developing its military bases abroad in places like Kyrgyzstan, Tajikistan and Armenia.  The Russian defense minister went on to say that they were conducting drills in Belarus and Tajikistan. In fact, as of today, Russia, Kazakhstan, Kyrgyzstan, Tajikistan are holding war games in the Ural region, according to the TASS Russian News Agency. It has leaked out that Russia and China are holding joint terrorist drills inside of China. Russia is clearly preparing for war.

The patience of the Russian energy moguls and bankers is not without limits. Putin is a cornered and wounded animal. As a result, in the coming weeks, Putin’s actions will likely become more erratic and unpredictable.

The Russian money interests will undoubtedly give Putin the benefit of the doubt when it comes to the embargo as a leverage tool designed to bring Europe to the table to negotiate about the future of Ukraine. However, I do not see this going on much longer than a month.  The Russian energy sector will not permit a 60% drop in revenue because Putin could not maintain control over Ukraine. Putin’s days could be numbered if this desperate strategy is not successful. Further, NATO is not going to allow its member nation citizens to freeze to death in the dead of winter. By mid-December at the latest, NATO will force this issue to a head.

Meanwhile, in the USA, real pressure now falls on the Obama administration to get the country under (medical) martial law as a mechanism of control and a prelude to WW III. 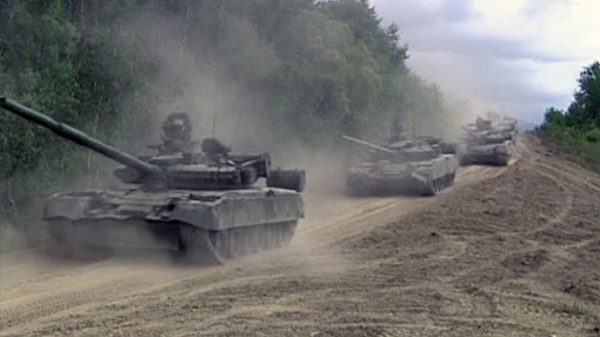