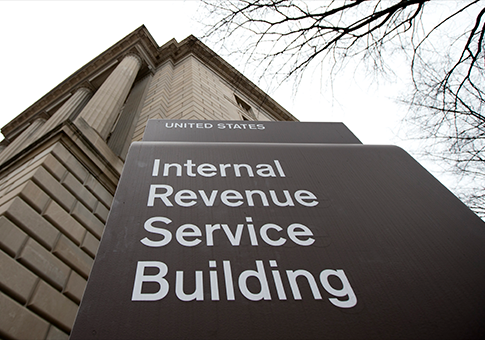 For decades, Americans used to be able to joke about the corrupt nature of police in other countries. The law enforcement in places like Mexico became notorious for their highway extortion antics, especially towards tourists. Countries like Russia are so bad that every driver has to keep a dash cam in the car so they can challenge the police in court. It’s almost become a standard amenity in most vehicles, like having a cigarette lighter or a radio.

America however, has nothing to laugh about anymore. We have our own form of highway extortion, known as civil forfeiture. I’d consider even more insulting than what people face in other countries, because at least you’re buying yourself out of a nonexistent crime. They’re very up front about it. “We want your money or we’re going to charge with something”. At least those police kiss you before they do “you know what” to you.

American police don’t even bother with the formality. If you’re stopped on one of America’s roadways, and you have a large sum of money on your person, they can just take it. Unfortunately there is nowhere to hide, because this isn’t just something you have to deal with on the highway. If someone living in your home is arrested for drug possession, they can take your house. And if you put less than $10,000 into your bank, they can confiscate your entire account. And by they, I mean the IRS.

By law, if you deposit more than $10,000 into your account, your bank has to report it to the IRS. If however, you deposit less than $10,000 into your account on a regular basis, the IRS can flag you as a possible terrorist, drug dealer, or money launderer, and confiscate everything. The amount of money required to be flagged is never specified, and you don’t need to be charged with any crime for the government to clean you out.

Restaurant owner Carole Hinders found this out the hard way when she was told that she had $33,000 taken from her account.

And Carole Hinders, owner of an Iowa restaurant called Mrs. Lady’s Mexican Food, said she made large deposits under $10,000 because her mother told her the bank had to do “extra paperwork” if she made deposits over that amount.

In her defense, she will show that she had no intent to evade the reports that banks must file with the U.S. Treasury concerning cash transactions greater than $10,000. Rather, she had legitimate business purposes for her banking practices. Because her restaurant does not accept credit cards, and because it is unsafe to accumulate substantial cash on her premises, she goes to the bank often to make smaller cash deposits. For more than 30 years, she has kept her bank deposits to less than $10,000 because she was told that larger deposits cause an inconvenience to the bank. She had never heard of the term “structuring” until federal agents knocked on her door last year to tell her they had emptied out her bank account. But it’s not illegal to run an honest cash business, and Carole Hinders is not a criminal.

She had no idea about the law. All she knew was that banks had to do extra paperwork if she deposited more than 10k. She thought she was doing them a favor. Instead, she lost all of her savings, and she’s probably never going to see it again. With the cost of legal fees, she’ll be lucky to get half of it back.

In fact, most people never fight civil forfeiture cases for that very reason. Unless it’s a very large sum of money that is significantly more than the cost to fight the case (typical legal fee’s might run up to $20,000) you’re never going to see it again, even if you win in court. If you lose, you’ll be even deeper in the hole.

So far it looks like public backlash is forcing the IRS is to reexamine this despicable practice. Unfortunately, they appear to be completely unrepentant for the lives they’ve ruined.

On Thursday, in response to questions from The New York Times, the I.R.S. announced that it would curtail the practice, focusing instead on cases where the money is believed to have been acquired illegally or seizure is deemed justified by “exceptional circumstances.”

Richard Weber, the chief of Criminal Investigation at the I.R.S., said in a written statement, “This policy update will ensure that C.I. continues to focus our limited investigative resources on identifying and investigating violations within our jurisdiction that closely align with C.I.’s mission and key priorities.” He added that making deposits under $10,000 to evade reporting requirements, called structuring, is still a crime whether the money is from legal or illegal sources. The new policy will not apply to past seizures.

So they recognize that what they did was wrong. They’ve agreed to focus on cases where money was acquired illegally. They’ve essentially admitted that many of the past cases of civil forfeiture were at best, mistaken (at worst, it was no mistake. It was theft). But they’re not going to consider past cases. They’re not going return any of the money to the people, they just admitted to robbing.

And in the same statement, they’re still claiming that avoiding the $10,000 limit is illegal, even though there is probably no way to prove whether or not somebody is trying to avoid that money laundering law. The hundreds of innocent people that the IRS has burned over the years, has proven that this department is either unable or unwilling to prove that somebody is breaking that law.

So what they’re really saying is, nothing is going to change.