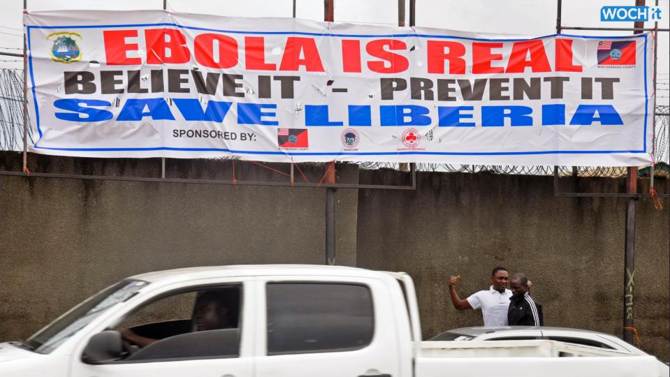 I was almost ready to dismiss the present “Ebola crisis” as a hoax as so many others have. Just based upon the fact that the virus is not spreading within the United Stated as would be expected, there is a natural tendency to reasonably suspect that we are looking at a strain of Ebola that has been weaponized. It would also be reasonable to assume that this  bioweapon is not nearly as contagious as “traditional Ebola” and this would explain the extremely low transmission rate. The obvious purpose of this bioweapon, under these conditions, would be to scare people into taking the Bill Gates funded vaccines. However, as this article will demonstrate, it might be a mistake to jump to the false flag conclusion at this point in time.

The Numbers Do Not Lie

As the subtitle suggests, Ebola should be exploding exponentially through the United States, for a variety of reasons, and it is not. I have spent the past week considering the possibility that Ebola really is a false flag designed to “trick” us into submitting to a national protocol relating to forcing every man, woman and child in the country into taking vaccines. On the surface, the case is strong that we are not dealing with traditional Ebola. The reasons for this line of reasoning are listed below.

Last weekend, I used my SPSS statistics program to run the projected reproduction rate (Ro) of the Ebola virus in the United States. Based upon the late Thomas Duncan’s unrestricted movements, as USA’s “patient zero”, prior to succumbing to Ebola, my statistics program tells me that we should be seeing hundreds of cases in the U.S. by this point in time. Before Christmas, we should be seeing thousands, if not tens of thousands of cases. Yet, we are not. As far as we know, there is only one active case inside of the United States and that would be Dr. Spencer. This defies all logic if we are looking at Ebola as we understand the virus to be.

If the United States had over 250 cases of Ebola, social media would make it virtually impossible for this administration to cover up every single case.

The fact is, that Ebola is not spreading as expected.

In my study, related to the spread of the pathogen, through of the use of a multiple regression analysis, I found a positive correlation between GDP, the type of economy and the Ro rate. What jumped out in my analysis of West African countries was that the more affluent economies had a 60% greater Ro rate than the poorer countries

When one ponders the fact that a higher GDP is related to more people congregating together (e.g. shopping malls, public transit, movie theaters, sporting events, etc.) in close proximity, thus the greater Ro rate would be expected to be higher in wealthier countries. For example, Dr. Christian L. Althaus  from the Swiss National Science Foundation found that Sierra Leone has an Ro rate of 2.53, with a GDP of $9 billion dollars. Liberia has a GDP of only $3 billion dollars and a Ro rate of 1.59, or almost 60% less that Sierra Leone. Liberia is an extremely primitive economy in which almost 80% of the people work in agriculture and would have less person to person contact on a daily basis than in Sierra Leone in which less than half of Sierra Leone’s population is employed in agriculture.

If we apply the Sierra Leone Ro numbers to the United States, as a factor of GDP, coupled with our service based economy combined with high concentrations of people in close proximity, our Ro Rate should be 9-10 times greater than Sierra Leone. This would place the expected Ro rate of approximately 20 times greater for the Ebola virus based upon our service economy structure and the mobility of our society.

In short, the virus is inexplicably failing to replicate in the expected manner. The fear of Ebola is spreading faster than the virus itself.

Infected Ebola victims, not in quarantine, should be infecting many others prior to encountering medical personnel. In a distinct and stunning statistical anomaly, we need to consider why are such a disproportionate number of medical personnel are contracting the virus in comparison to the general population?  This suggests implantation of the virus, not the normal spreading of a virus. This is particularly true when an Ebola victim would have contact with the public far in advance of diagnostics and treatment, and in greater numbers than they would with medical personnel.

The evidence seems strong that we are looking at an artificially mutated virus designed not to be highly transmissible. Within this line of thinking, Bill “Vaccine” Gates must be licking his chops and sharpening his syringes in anticipation of a huge payday connected to the needless mass vaccination of the American public.

There are some very serious questions connected as to why we should not be so quick to dismiss the Ebola crisis as a monumental health risk and national security concern.

Why is HHS and the DOD pressing forward with the preparation of FEMA camps for occupation of Ebola victims and those exposed to them for a virus that is not spreading?

As I have previously pointed out, the CDC owns the patent on Ebola, and all strains within 70% of the variance of the virus. As a result, the CDC stands to make money on the spread of the virus due to the royalties associated with treating a patented virus. But wait a minute, a patent is never issued for owning something in nature. Therefore, we must conclude that this present strain of Ebola has been artificially altered. Why?

If the hoax of the spread of Ebola is true then why are the following actions being taken by the government?

The government has ordered over 250,000 hazmat suits to be sent to Dallas. Why? In what appears to be an effort to ensure the spread of Ebola in the United States, Obama has announced that Ebola patients will be brought from West Africa for treatment in the United States at a cost of $500, 000 for each case.  Further, Ebola symptoms can be spread by people with no symptoms. Various government agencies are scrambling to order one million hazmat suits and we should all be asking why.

No, it is too early and there is far too much contradictory evidence to suggest that the virus is not going to be a threat to the American public in the near future. There is also another factor that could prove very telling and that is the real reason why U.S. soldiers are being sent to West Africa. This will be the topic of Part Two of this series.